Rasāsvāda Is the Dry January Modifier You Need

A spiritual take on non-alcoholic booze, modeled after Italian amaro

With three different expressions, you're bound to find a favorite
Rasasvada
By Kirk Miller

Where it’s from: The brand was founded by Connor W. Godfrey, a lifelong New Yorker formerly in private equity and who’s related to Joshua Kaiser, founder of Rishi Tea & Botanicals (which is important, see below)

Why we’re drinking this: For Dry January, we’re inundated with dozens of brands that attempt to mimic the flavors of whiskey, tequila, gin, etc., but they often fall short because, well, alcohol gives a lot of viscosity, mouthfeel and depth to cocktails that a non-alc version can’t easily replicate.

Thankfully, Rasāsvāda (Sanskrit for, roughly, the taste of bliss in the absence of all thought) is different. This line of 100% whole plant, additive/preservative-free, booze-free elixirs takes inspiration from ingredients used in Western herbalism and traditional Chinese medicine, as well as Italian amaro. 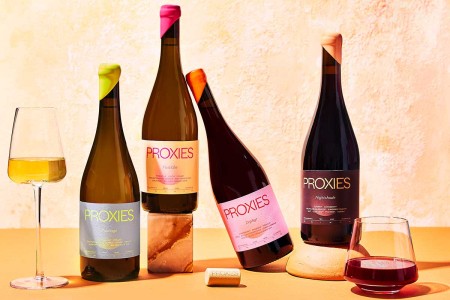 What’s Next for Non-Alcoholic Wine?

Do booze-free bubbles and no-ABV wines have a place in your glass? Sommeliers duke it out.

“My journey began six years ago, I went through a bit of an inflection period in my life,” Godfrey says. “My cousin started a tea company about 25 years ago called Rishi Tea, one of the leading purveyors of tea. I used to visit him and he would explain why and how he was incorporating different plants and botanicals. In this difficult time, I started drinking a lot of these teas; it seemed to help manage my stress, and I saw this as an opportunity to help others going through a similar journey.”

If this sounds a bit hard to grasp, just think of the three flavors of Rasāsvāda as non-boozy “spirits” that can be used on their own, as the base for a mocktail or as a modifier. And yes, they can also be used in a boozy cocktail (there are plenty of recipes for all your drinking needs here).

We tried three of the Rasāsvāda releases on their own, with soda water and in a few boozy concoctions. All three have no added sugar and utilize more than 45 “rare and globally-sourced whole plant ingredients.”

How they taste: Admittedly, these drinks look a bit funky (brownish-purple in color), but don’t let that stop you.

Fun fact: Even with no preservatives, Godfrey says his line of drinks has two-year shelf stability.

Where to buy: You can find Rasāsvāda around New York or for sale online for $40-$75 per bottle. 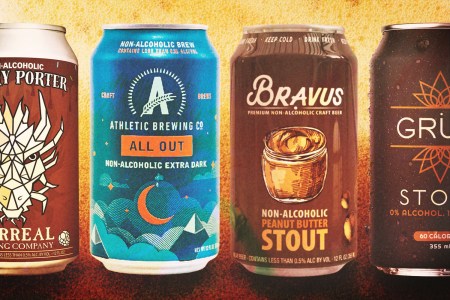 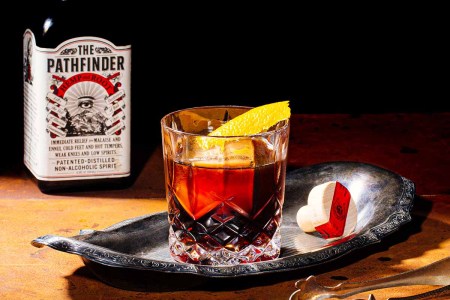 Review: The Pathfinder Is a Non-Alcoholic Spirit That Shines in Boozy Drinks 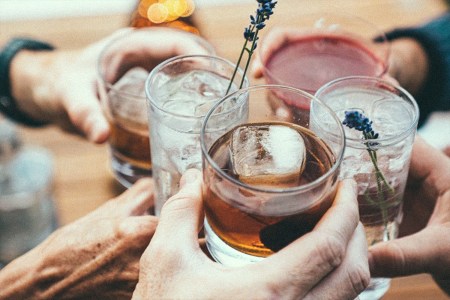 The Economics of Non-Alcoholic Spirits, Explained