Is This Year’s Batch of Pappy Van Winkle Already Impossible to Get? 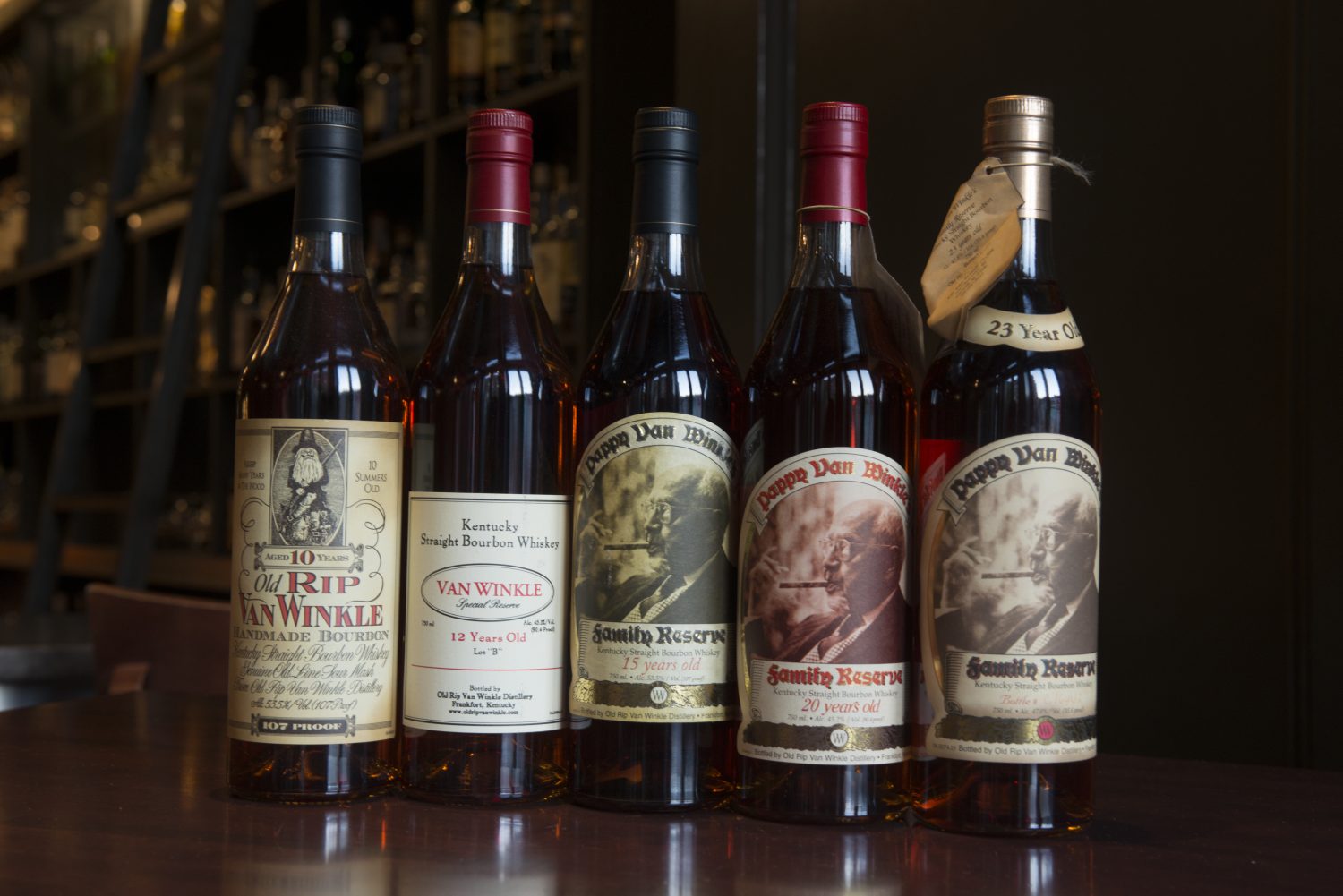 Let’s think positive here: This is the year you’re going to get your hands on a bottle of Pappy before it hits an inevitable, ridiculous markup.

Which is won’t be, because this is Pappy.

You almost certainly won’t find a bottle of much-beloved wheated bourbon except on the secondary market, where it’ll run ten times the suggested retail price. This is because only 7,000 or so cases are produced per year, or around 84,000 bottles. Every state is only allocated a few bottles, and waiting lists at some stores can run up to 10 years.

“Unfortunately we cannot control the price retailers charge, so some retailers mark it up beyond our MSRP, even though we ask them not to,” said Julian Van Winkle, president of Old Rip Van Winkle Distillery, in a statement. “We are committed to releasing a quality product and hope retailers will honor what we suggest as a fair retail price.”

Related: This Museum Is Auctioning Off 8 Bottles of Pappy

Buffalo Trace Distillery, which oversees the annual Van Winkle releases, claims they don’t condone the markup and reselling of their famed wheated bourbon. “Trading and selling bourbon online is an unlicensed and illegal sale. Purchasing bourbon online from unlicensed parties is dangerous. The product may be counterfeit and unsafe. If you are not a licensed retailer and you are selling Van Winkle products, we are prepared to take action to curtail the activity,” says Kris Comstock, senior marketing director at Buffalo Trace.

As we’ve noted before, the best way to get one of these bottles is to basically call every liquor store you think might get a bottle (Van Winkle’s site can help) and ask if they are holding a lottery. In control states — where the liquor stores are government operated — you can put your name into a statewide lottery (e.g. if you were in Pennsylvania in 2016, you had a two percent of winning an opportunity to buy Pappy at retail prices).

You could also try to win a bottle by becoming a member of Pursuit of Pappy. Sites like Bourbonr track when Pappy gets released in each state. And most experts suggest becoming friendly with your local liquor store — regulars who actually like and know their bourbon are likely to get more of a heads up about rare spirits. (As well, seek out restaurants and bars with good whiskey libraries, if you’re only interested in tasting, not owning. An older list can be found here.)

The other option? Find a different wheated whiskey (Larceny’s upcoming Barrel Proof release, Old Weller Antique 107, Maker’s Mark, etc.) that’s easy to procure if you’re just in it for taste. Or go after a different brown spirits unicorn — everyone from Four Roses to Wild Turkey to Angel’s Envy has a limited release that’s worth pursuing, and newcomers (well, new after a 102-year layoff) like Peerless make an excellent tipple that’s limited in release but not actually impossible to find.