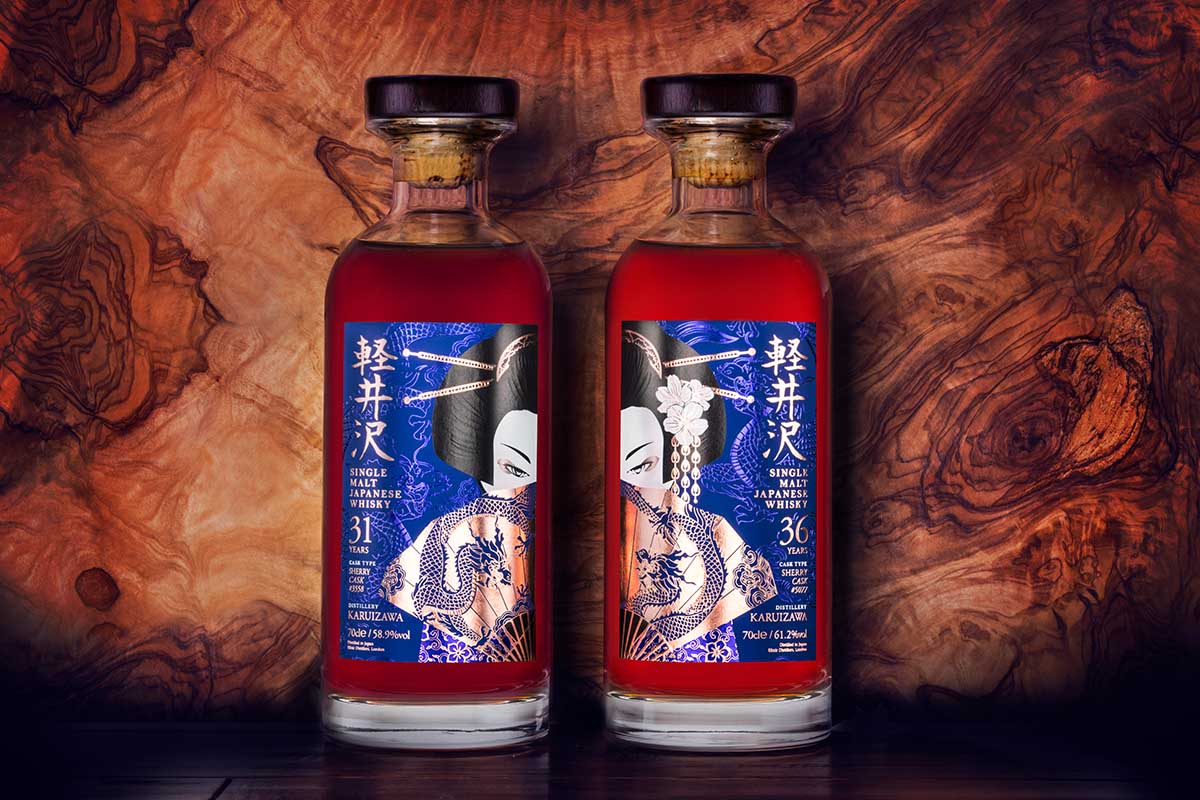 A few weeks back we mentioned the realities of the Japanese whisky shortage and why it’s time to start investing.

The time is now. Two brand new Karuizawa bottlings, The Sapphire Geishas, are currently up for sale exclusively at The Whisky Exchange through February 26th.

The fifth release in the Geisha series (via Elixir Distillers), these bottles are going for $16,000+ for good reason: the Karuizawa distillery no longer exists. It was founded in 1955 near the foot of an active volcano in Miyota but ceased operations in 2000. The Whisky Exchange had previously referred to Karuizawa as “the world’s rarest whisky.”

So it’s a rare liquid, and it’s unique. The Karuizawa small-batch whiskies were inspired by the Scotch malt style. These are single-cask, sherry-forward spirits, aged 31 and 36 years. Only 146 and 105 of the bottles are available, respectively; each is adorned in a sapphire blue colorway with dragon detailing.

According to the Whisky Exchange, the 31 Year displays “thick chocolate and leather notes” on the nose and dried fruit notes with a “deep, earthy savoriness on the palate.” Meanwhile, the 36 Year “brings rich, dried cherries and raisins, with leafy, damp wood and cedar notes on the nose, while giving a kick of chocolate covered licorice combined with blackcurrants, hints of tar and spice with a brown sugar sweetness on the palate. Mint and pine linger on the finish with soft, dried fruit and hints of black licorice.” (No, we didn’t get to try these.)

Now for the bad news: the bottles are only available by ballot. Entries for the opportunity to buy one of these bottles ends Wednesday, February 26th.

If you do get one, hold on to it for a while. Bottles from the distillery have been reselling at five- and six-figure rates; for a brief time, a bottle of Karuizawa was the single most expensive bottle of Japanese whisky ever sold at auction.

Related: A Guide to Investing in Japanese Whisky 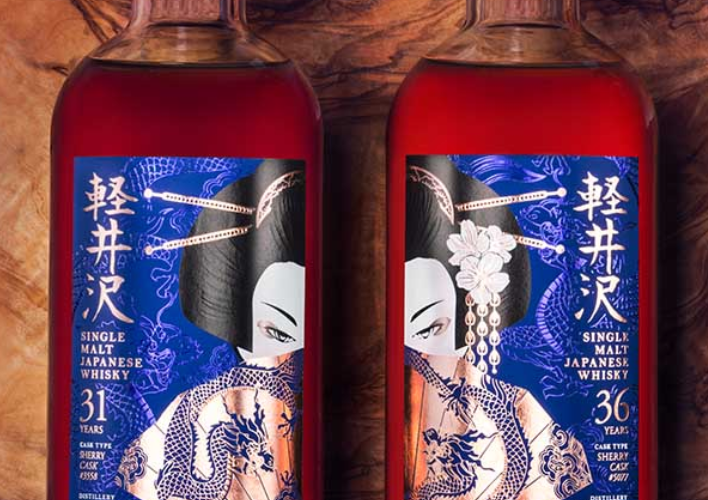