The THC-infused drink delivers exceptional taste and a purposely modest buzz, along with a roadmap for other cannabis brands to follow.

Besides an uplifting buzz, Cann's success lies in its flavor profiles
Cann
By Kirk Miller

The best alternative to drinking alcohol this month might still give you a buzz. And this alternative is lower in calories, tastes fantastic and leaves you with no hangover. The downside? It’s both popular and yet really hard to get, thanks to the disparate laws and stigmas surrounding cannabis in this country.

You may have seen or heard of Cann: It’s a California-based, non-alcoholic cannabis beverage brand that’s popular on social media and embraced by A-list celebs (including fans/investors Gwenyth Paltrow, Kate Hudson, Rebel Wilson, Adam Devine and Rosario Dawson). They’ve raised millions (the founders, to their credit, do acknowledge the advantages of getting funding as two white men). Their eye-catching cans are billed as “social tonics” — they’re flavorful, all-natural drinks made with 2mg of THC and 4mg of CBD that give you a pleasant and uplifting feeling sans the after-effects of alcohol (plus, they’re only 30 calories each).

It’s a chill vibe and a refreshing drink. More importantly, it tastes fantastic — good enough that the brand even offers THC-free (“unspiked”) variations of their popular flavors. As my review of their latest flavor (Cranberry Sage) noted: “Legitimately refreshing and tasty…the cranberry was tart but wasn’t overwhelming, and the sage added a nice and unexpected herbaceous element to an overall effervescent tipple.” 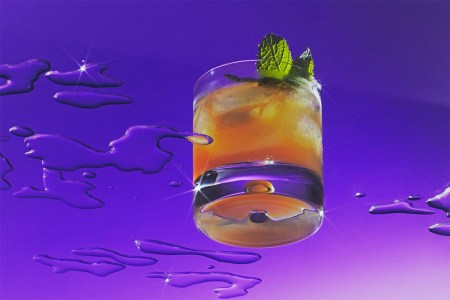 The Key to Combining Cannabis and Mixology? Remove the Booze.

Led by longtime drinks professionals, brands like MXXN and Klaus think THC can thrive in cocktail culture, sans the alcohol

The bad news? While currently offered in about 600 stores and also for sale online, Cann is subject to even more hurdles than alcohol when it comes to distribution and legal status. When I met up with co-founders Jake Bullock and Luke Anderson in December, they acknowledged that breaking into the New York market was their big goal for 2023 (our talk took place a month before the first legal non-medical weed store opened in the city opened) — but that even getting their product out in a legal cannabis state takes some work.

“Over the years we’ve gotten into the finer points of what’s legal and what’s not,” says Bullock. “But we’re in this weird equilibrium where we’re waiting for regulations to get in place. We’re hoping to get into all the new dispensaries that were licensed a few weeks ago.”

There’s a promising but admittedly complicated road ahead for Cann and other like-minded THC-infused beverages to succeed. Below, we outline a few obstacles the brand has and continues to face in 2023 — and how these miniature, microdose cans may pave a way for a better and healthier social future.

You’ll find Cann on Facebook, Instagram, Twitter, etc., and it’s necessary to get the word out. But don’t expect a hard sell — it’s more about alluding to the product’s strengths. “Facebook doesn’t allow it in their terms of service,” explains Anderson. “It’s not actually illegal, but we can’t do any traditional advertising. And we get de-platformed on Instagram if the algorithm even thinks we’re trying to sell the product.” Plus, even when their posts go viral, they’re restricted by geography — as the founders note, about 90% of the people who see their posts can’t buy the products based on where they live.

In December, Cann was available in regulated dispensaries in California, Arizona, Nevada, Illinois and Massachusetts, as well as parts of Canada. It’ll most likely add a few more early this year (particularly in New York) and you can also order the drinks direct-to-consumer in roughly 10-15 other states (but not others, as outlined here). But the surprising success story, and one the company hopes becomes the norm nationwide, is Minnesota. Says Anderson: “They have a unique set of laws that lets us sell in liquor stores, bars and restaurants. You can as long as you have less than 5mg of THC.”

The smaller of Cann’s products contain just 2mg of THC, while the larger Hi Boys feature a modest 5mg. Why go small?  “During our consumer testing, we couldn’t get people to drink the product,” says Anderson. “They were paranoid about it. We couldn’t get most people to drink a whole one — people had this ancient paranoia about some bad pot brownie they had in college. So they’d love our product but only drink a couple of sips.” Besides the appealing nature of Cann’s minute size — which Bullock compares favorably to “those Nabisco 100-calorie packs, but these have 30 calories” — the company also started selling Cann in six-packs. As Anderson notes: “Then people saw it like beer, and they got it.”

Besides utilizing interesting and complementary flavor combinations, such as Lemon Lavender and Grapefruit Rosemary, the Cann founders keep things simple. “We get delicious ingredients from incredible places all over the world, we keep the ingredient list purposely short and we optimize for tasteless and odorless cannabis,” says Bullock. (From my frequent taste tests, I’ve yet to discover any cannabis-like flavor.)

Celebrities may be necessary to compete

While the booze industry has the luxury to debate the influx of celebrities into the drinks market (particularly with tequila), making a splash in the burgeoning legal cannabis world probably requires some known talent to invest and (indirectly) hawk your wares. “What we’ve done is get celebrities that you don’t necessarily think about associated with weed,” says Anderson. “We have everyone from Gwenyth Paltrow to YouTube celebrities to singers to actors. It’s an eclectic mix, young and old, gay and straight, etc. We’re not just two queer dudes marketing to queer people — we’re trying to appeal to the widest range of people possible.” 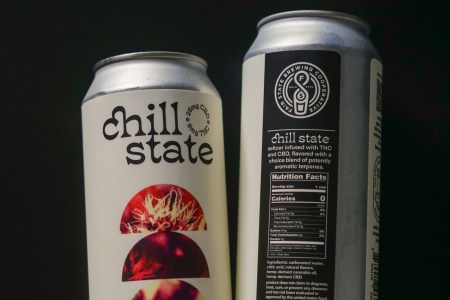 What is the Future of Minnesota’s Legal THC Seltzers? 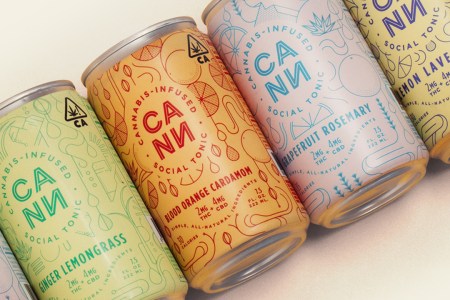 Is This Mild THC Soda the Solution for the Reluctant Weed Smoker? 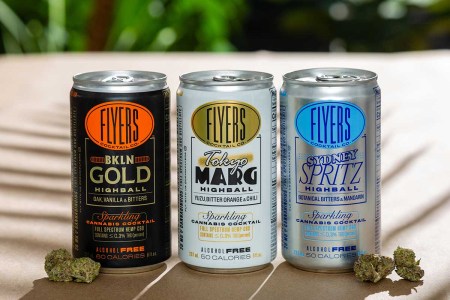