It’s a question that’s been on the mind of every die-hard sports fan since virtual reality first reared its space-aged head(set):

When will I get to watch a game from the middle of the court/field/rink/diamond?

The answer is finally here, in the form of Follow My Lead: The Story of the 2016 NBA Finals, a new production for Oculus Rift.

As indicated by the title, the 25-minute VR mini-doc covers the dramatic seven-game NBA Finals series between the Cleveland Cavaliers and the Golden State Warriors. Now, you might be inclined to think there’s nothing of interest in a showdown that’s going on three months old. No surprises. No upsets. But unless you were courtside or actually playing in the series, you’re wrong. 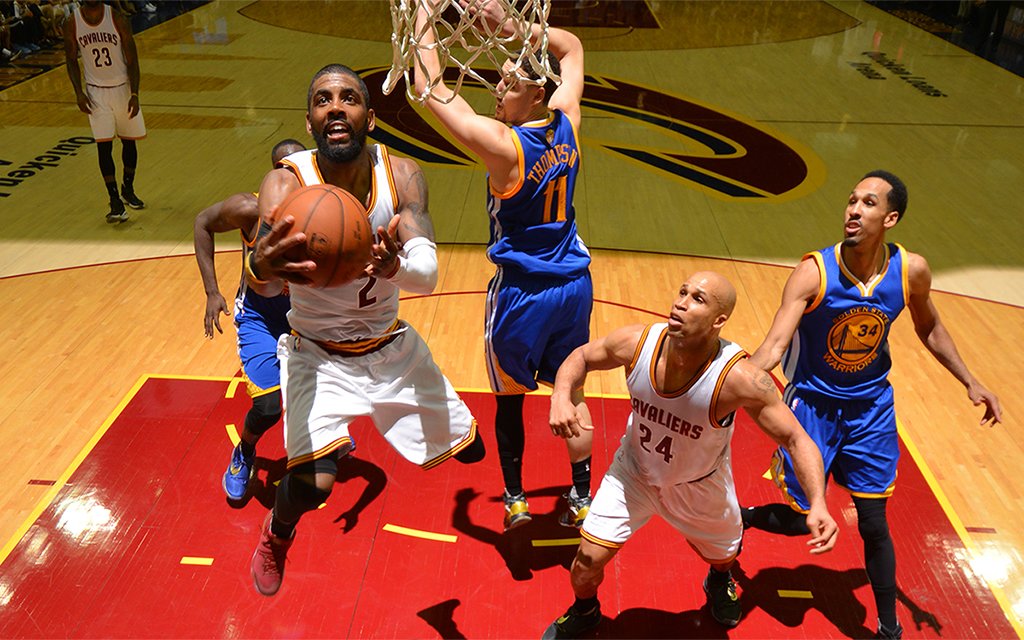 Narrated by actor Michael B. Jordan, the film takes on an introspective and innovative approach to the game; think of it as more 30 for 30 doc, less live sports broadcast. Directed by Ray Tintori and Gabe Spitzer for m ss ng p eces (pronounced “missing pieces”), the studio responsible for Google’s Tilt Brush VR video promo, the 360-degree footage allows spectators to create their own broadcast of the game, versus being spoon-fed a prescriptive version of the action by a producer and editing team.

“We wanted people to stop saying, oh, you can only use VR to do this story, or that story,” says Oculus head of video Eugene Wei. “There are a lot of things that VR video can do, a lot more than people believe. But you just have to show them that it’s possible.”

This isn’t the NBA’s first dip in the waters of VR, as evidenced by their recent collaboration with Samsung Gear, but it is a landmark moment for the technology. For starters, you can download it for free from the Oculus store. But on a grander scale, Follow My Lead takes a welcome leap into the future of how we will use VR for long-form film, sports and entertainment.

Will we be able to enjoy courtside seats in the comfort of our home by the time the next finals roll around? Likely not. But in the meantime, this’ll one-hundred-and-ten percent do.