"I rolled over to see the whales and watched a Great White going past."

SCUBA diving is considered a high-risk sport for a reason, but for the 25,000,000 people who’ve been certified by PADI since 1967, that only adds to the thrill. There’s no diver alive today that hasn’t surfaced with an incredible story to tell — whether it’s about the far-reaching visibility, shoals of colorful fish or an encounter with revered marine life. But sometimes the exhilarating turns to spine-tingling quickly, even for the most seasoned divers. Below is a round-up of first-hand accounts gathered from across social media from divers who’ve had terrifying run-ins and near-misses with all sorts of unknowns that lurk below the surface. Take a look.

Diver qualification and location: Rescue diver in the Bahamas, diving in a submerged blue hole

“After an hour or two of searching, I went back into the blue hole to see if there were any signs of him. Saw the glint of his watch and his arm sticking out near the bottom.

Started descending down to the bottom to recover the body. On the way down realized that the “bottom” was a school of sharks that must have been there for breeding. So many sharks that they blocked the view of the actual bottom.

Descended into the darkness, grabbed his arm (couldn’t stand to look at the body) and started ascending. The sharks followed. And were circling the both of us. Had to take a break at halfway at around 65 feet as to not get the bends. Scared sh-tless. The entire time waiting to normalize scared sh-tless. Victim was struck by a passing boat.” —@keithbah 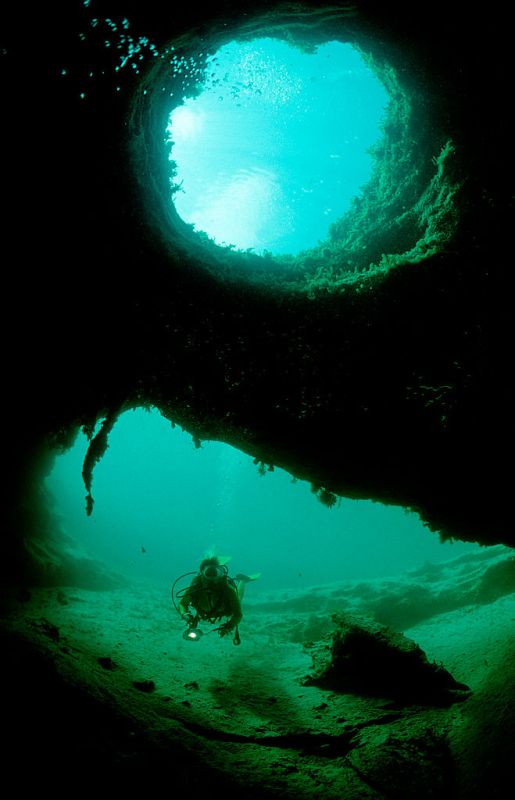 Underwater Emergency as a Child

“I was around 13-years-old on this diving trip. My parents are huge divers and we go diving in various locations around the world. It was the first dive of the day in Cozumel and we were going relatively deep, 90ish feet or so. We go down, and I end up getting a gash on my arm from some coral —nothing big — but I thought I was going to die as my blood looked green.

What raced through my 13-year-old brain was that the coral I scratched myself on was toxic, and that I would die 90 feet under water. Had a panic attack under water, and had to resurface while my parents helping me stay down so I wouldn’t get bent (decompression sickness). Turns out, red light waves cannot go that deep, and as I went up I noticed that my blood was starting to turn more and more red.” —@c_oliver 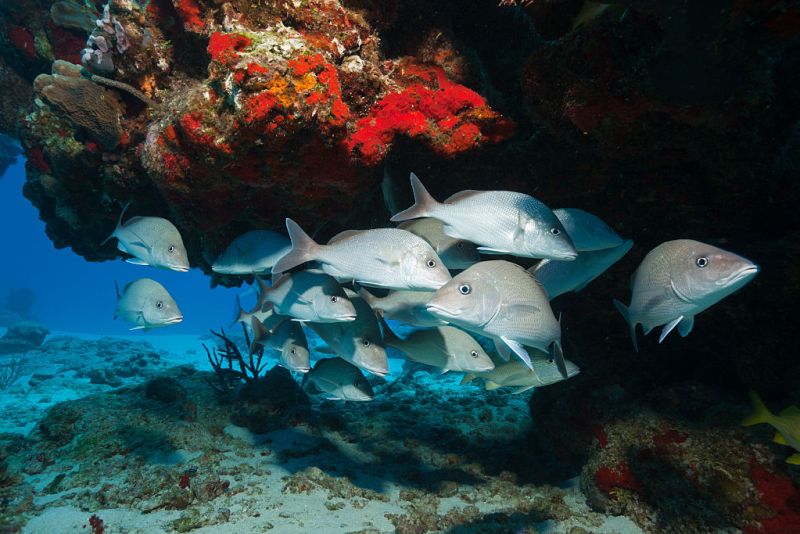 Diver qualification and location: Military rescue and recovery, Southeast Asia and the Pacific

“My grandpa was in the Australian navy during the Vietnam War. They were taught to shake the hand of dead sailors when recovering the bodies to make them more comfortable and familiar with handling a dead body. On my grandpa’s first recovery dive he shook the hand of a dead sailor and the arm came off the body. Had to keep his cool and bring the body up, but still pretty messed up.” —@ontoast 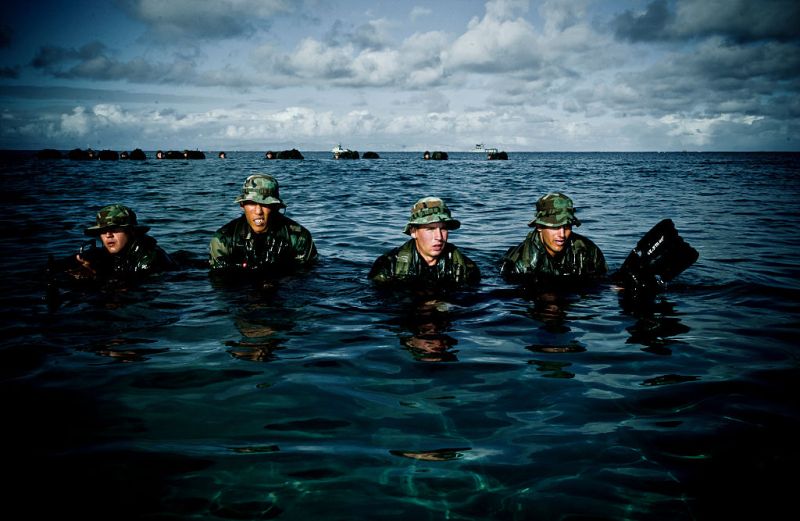 “Me and two buddies were on a night dive in the Puget Sound hunting prawns. It was about 1AM, and we’re a good hundred feet deep — the darkest black you could imagine. We used to do this thing on night dives where we’d get in a circle, turn off our lights, then stir up the water and watch the bioluminescence float around us like floating stars in a black watery space. Beautiful. Only this one time, we turn off our lights, stir up the water, and the water glows just enough to reveal a fourth person sitting in our circle. We were at a dive resort, so it wasn’t so odd to see another diver, only it was 1AM — we’d seen no one else prepping a dive at the dock.

“He was also alone, which was odd considering the dangerous conditions of a night dive in those waters, and he had no fins or gloves. I don’t know how he swam so well without fins or didn’t get hypothermia without boots or gloves. We wore dry suits because it was so cold, but this dude was in a wetsuit with exposed skin. We thought we saw a giant gash in one of the legs. So, the three of us all notice him, and we’re too f-cking scared to move. I can hear my buddies panting in their regs, and the guy just smiles, waves, then swims away. Whenever you think you’re alone and someone just shows up, like in an alley at night, it’s weird. 100 feet underwater at night is terrifying. ” —Ranker 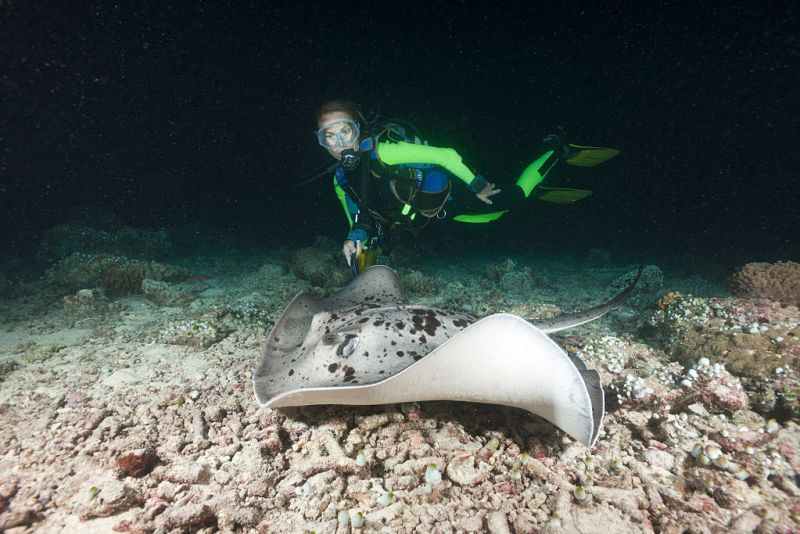 “A friend and I used dive off Catalina Island, back in the mid 70’s, to sift through the bottom for lost jewelry and stuff. The water was incredibly clear back then, and made it easy to see the tiniest thing during the day, especially at noon. We were down one day and I was sifting through the sand when all of a sudden it went black and I was slammed hard to the floor, losing my mask and mouthpiece. I managed to find both, rolled onto my back to make it easier to clear my mask to see a pod of whales overhead.

It was amazing that one them dispelled 10 feet of water with its fluke, with enough force that it was like a truck dropped on me. Careful not to get between any of them we got to touch them as they swam by.

Two weeks later we were out again and a shadow went over me. I rolled over to see the whales and watched a Great White going past. It disappeared in the distance, then we called it a day.” —@snakebitcowboyrebel 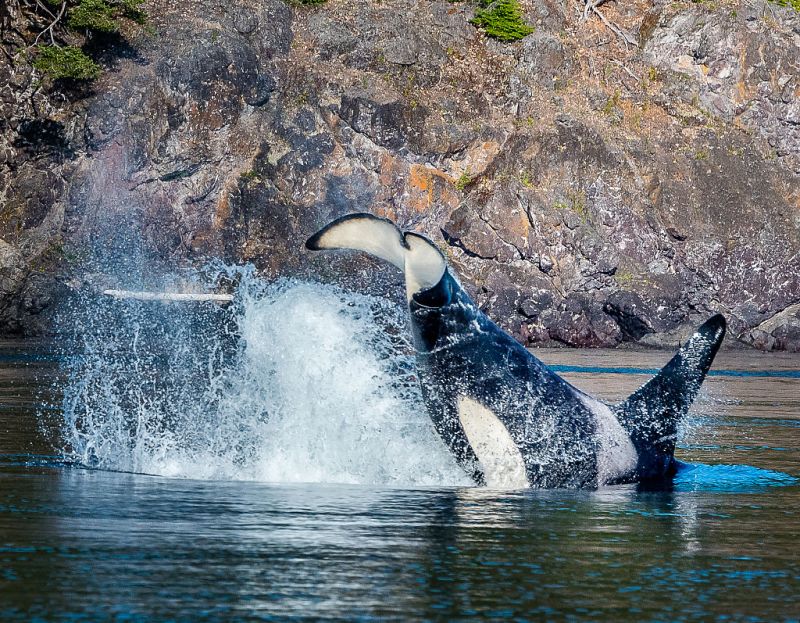 “My parents are experienced divers and did a cave dive a few years before I was born. It was narrow and more of a winding underwater tunnel than a cave. The dive master went in first and then all the divers followed him with flashlights. My parents took the rear and halfway through the tunnel my dad’s flashlight then miraculously dies, and they’re stuck in the middle of the pitch black tunnel (my mom was not carrying a flashlight). Then my dad remembered he had a camera with a flash which prompted them to navigate the rest of the cave a few feet at a time by using the flash to see where the divers ahead had kicked up sand. They made it out just fine about 15 minutes after the group, but the thought of being trapped in that cave scares me.” —funf_ 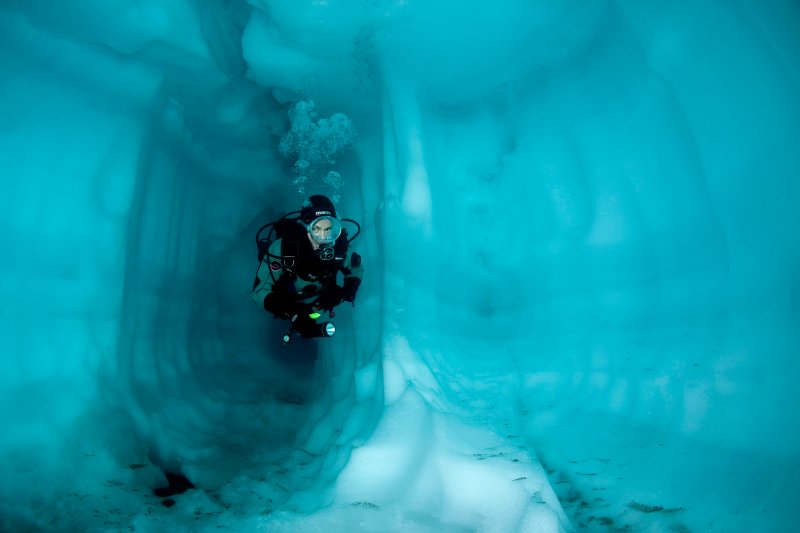 Waiting On The Surface

“I am a PADI and NAUI instructor living in the Florida Keys and have been down here teaching for several years. I am also a Master Captain and run several different dive boats in the area.

As a captain I can say that there’s nothing quite like the feeling of waiting for late divers. We give them times to be back on the boat so we can get back before Happy Hour. Man, when they are getting super late and you are scanning the waves with your binoculars for bubbles, it can get pretty tense. I’ve never had someone disappear on me yet (knock on wood) but I have had plenty of rescue situations where afterwards my hands would start to shake if i wasn’t holding the steering wheel.

There are days when I can’t believe that I’m getting paid to do this, and days where I can’t believe they don’t pay me more to do this. I still wouldn’t trade what I do for anything. Love the dive industry — even when it’s bad —this is still the most beautiful, heart-wrenching, and gut-punching place to live and work.” —@IDreamofSharks 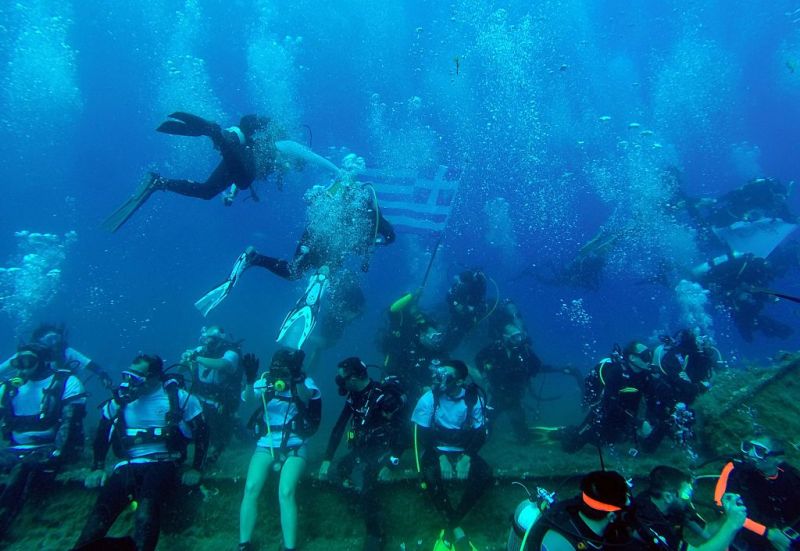 A diver holds a Greek flag as other sit on the MS Zenobia shipwreck, a Swedish built ferry that capsized and sank off the coast of the Cypriot port city of Larnaca in 1979, as they participate in a ‘Mass Dive’ event, consisting of over 120 divers, on June 28, 2015. (Emily Irving-Swift/AFP/Getty Images)
AFP/Getty Images

Responses have been edited for length and clarity. Do you have a terrifying experience with extreme sports you’d like to share? Message us on our Facebook page.