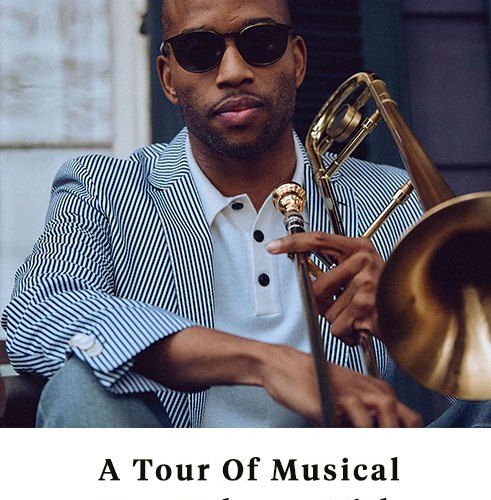 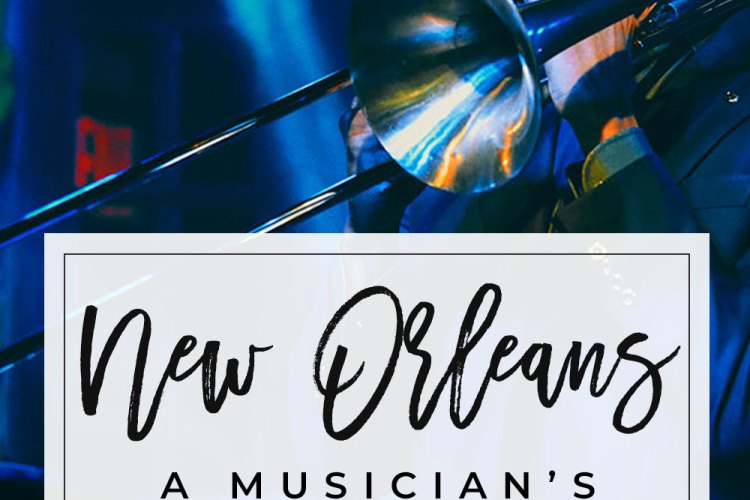 It’s no secret that artists are deeply influenced by the places they call home, relying on their surroundings as a wellspring of fresh ideas on how to present themselves to the world — both in their work and in the way they dress.

To explore that intersection, we’ve partnered with our pals at Neiman Marcus to showcase their new spring collection on a few dapper artists-of-the-moment in their cities of residence — spotlighting the locations that have been inspirational in their creative (and sartorial) journeys.

We’re calling it “Stomping Grounds” — consider it your blueprint not only to churching up your wardrobe this season, but also to getting to know the haunts of some truly in-the-know gents next time you find yourself in the neighborhood.

Born into a family of New Orleans musicians, Troy Andrews (aka Trombone Shorty) grew up shadowing the city’s famed second line bands and busking on the streets of the French Quarter until his pockets runneth over. “We would have $100 worth of change pulling our pants down,” he says. “We couldn’t hold them up.”

Folding the influences of everyone from Jay-Z to Marilyn Manson into his musical style as a teenager, Andrews soon found himself touring the world with Lenny Kravitz (whom he counts as a major influence and longtime mentor), and has since gone on to record and perform with acts as legendary and diverse as B.B. King, U2, Foo Fighters, Eric Clapton and Madonna.

Along with his band Orleans Avenue, Andrews continues to record and bring his signature kinetic live performances to audiences all over the world, most recently at Mardi Gras, where his “Shorty Gras” festival helped kick off the proceedings and featured a two-story tall float of the musician himself. Next up: two massive shows at Jazz Fest that are not to be missed. 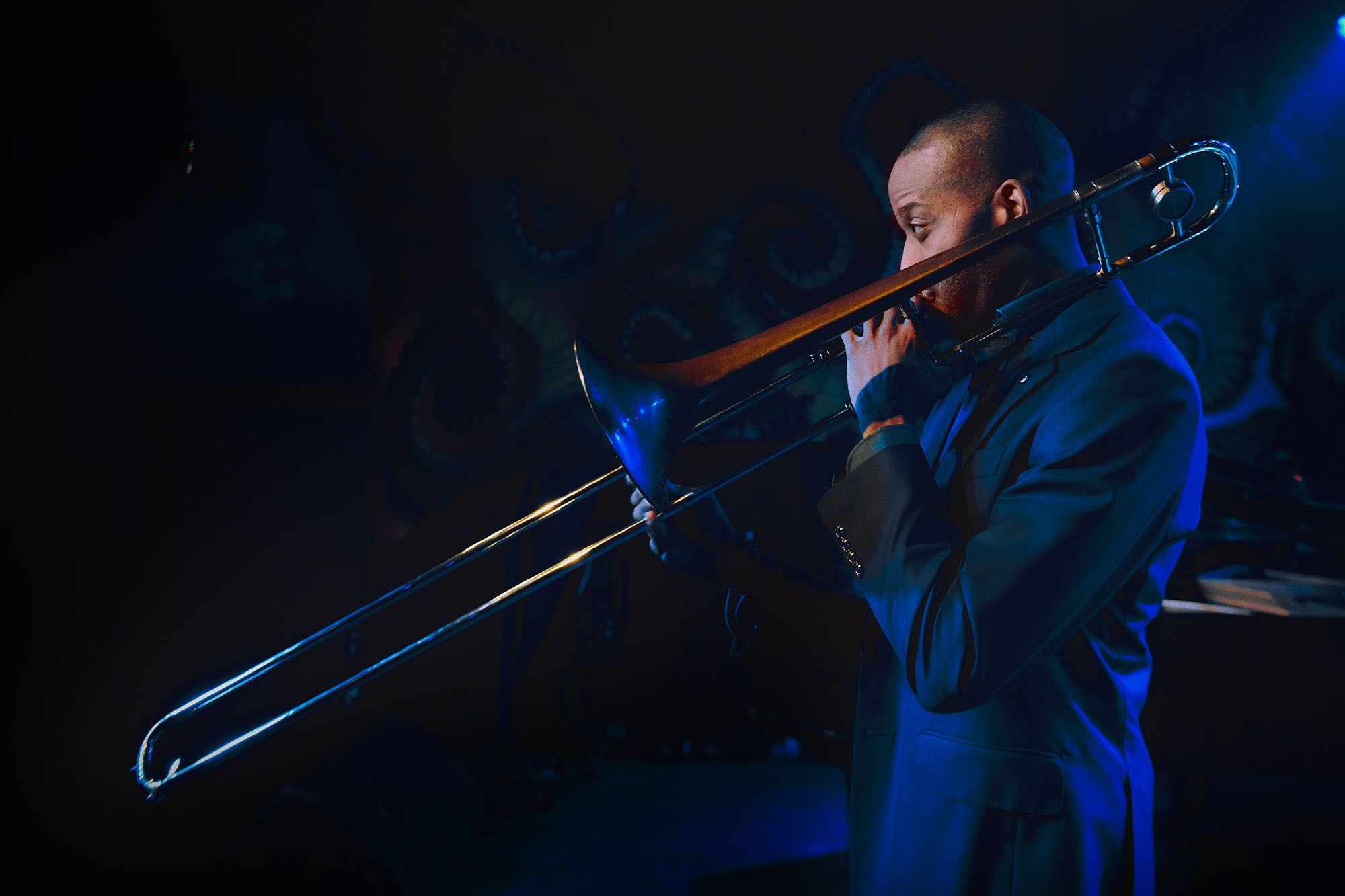 When it comes to live music in New Orleans, calling Blue Nile a must-visit would be the mother of all understatements. Quite simply, it is mecca for some of the world’s greatest musicians, and they pull out all the stops when they play there.

Andrews also knows the importance of a good stage look, as evidenced by this Stefano Ricci combo. “So if you know anything about the second lines of New Orleans, it’s all about how great they look — like they’re always trying to be better than the next group.” he says. “My little sister always helps me. She says I got to have a great jacket onstage. And we also color coordinate it … we always got to look at what matches.” 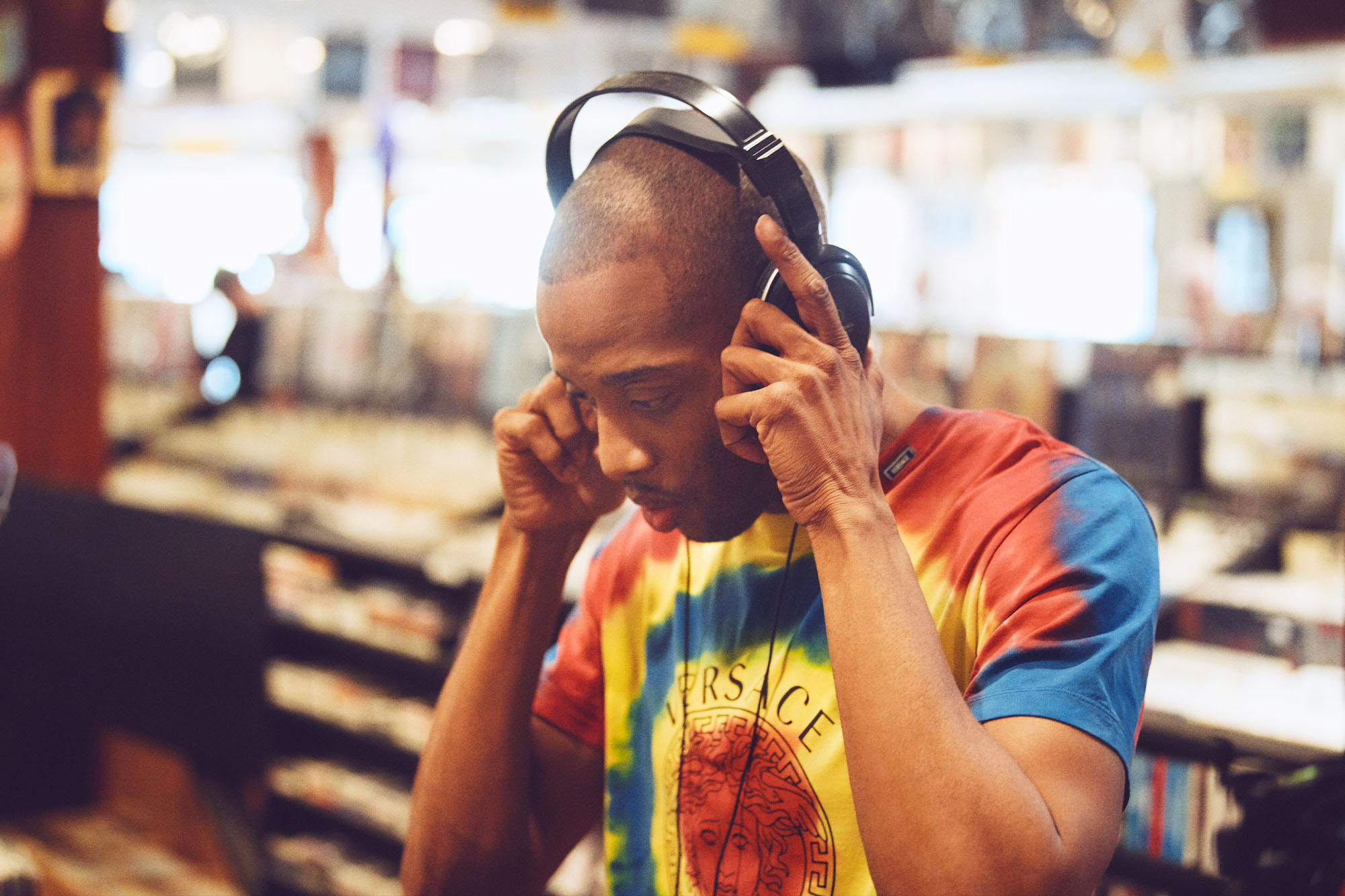 A short jaunt down Frenchman Street from Blue Nile you’ll find celebrated record shop Louisiana Music Factory, known by music aficionados the world over as the place to come for New Orleans music. “It’s a beautiful thing.” says Andrews. “You go in there, there’s posters from Tipitina’s and the Nevilles and Professor Longhair. There’s great music all around, and little souvenir postcards of Kermit Ruffins playing in a street parade or my brother James playing around. Just things that you can’t find other places.”

When it comes to his Versace look, Shorty credits both Kravitz and the musicians he grew up on for his tie-dye affinity: “Everything Lenny does is the ’70s,” he says. “He’s very influenced from that [era], so that’s a direct influence from him to me. And whenever I wear tie-dye I feel like I’m going to the Jazz Festival walking around to watch The Meters or The Neville Brothers.” 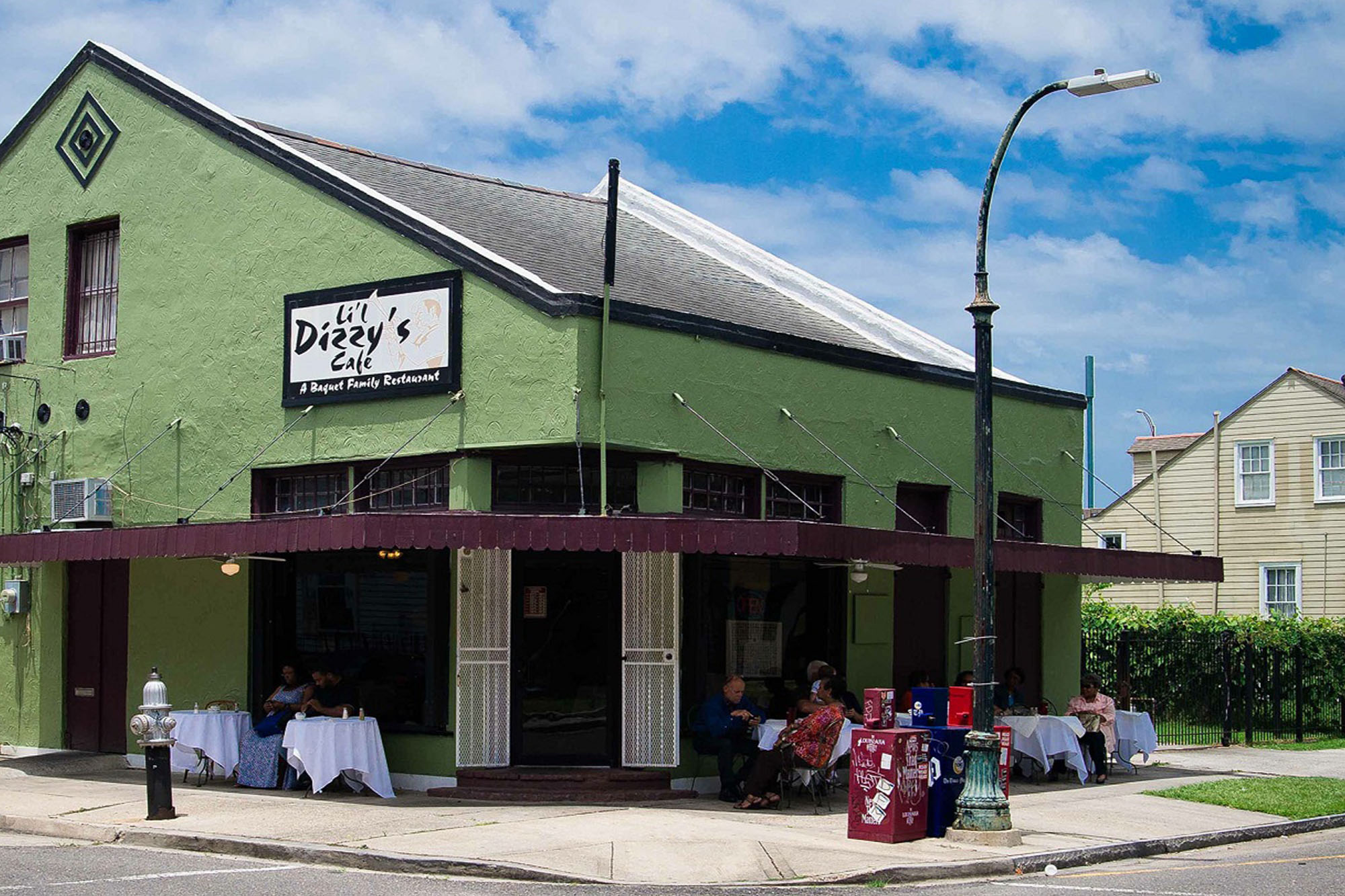 At the edge of Tremé (the neighborhood in which Andrews grew up), you’ll find renowned creole soul food restaurant Li’l Dizzy’s Cafe, a neighborhood institution and a gathering place for both locals and visitors alike. “Whenever I’m in town I’ll probably be in there two, three times a week,” says Andrews. “My favorite thing to order is fried chicken with red beans and rice. And then they bring some other stuff out to me every once in a while. They’re always giving me a good sample, so I’m always leaving extra full.”

While Li’l Dizzy’s might not be the fanciest joint in town, Andrews still likes to dial it up a notch with an ensemble like this one from Fendi. “Going out to dinner, I got to have a nice sport coat and a nice pair of shoes.” he says. “Sometimes I like to do a nice colorful shirt underneath, maybe some flowers on it, so when I take my jacket off my date can say, ‘Oh, you got something nice going on here.’”

Where actor/director Matt Bomer spends his downtime in Los Angeles

Restaurateur Michael Chernow on his favorite places in NYC