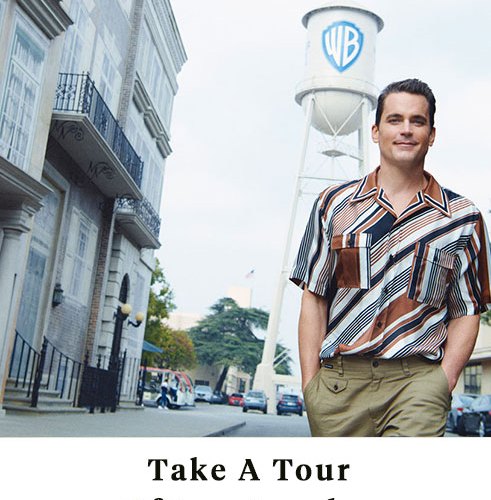 It’s no secret that artists are deeply influenced by the places they call home, relying on their surroundings as a wellspring of fresh ideas on how to present themselves to the world — both in their work and in the way they dress.

To explore that intersection, we’ve partnered with our pals at Neiman Marcus to showcase their new spring collection on a few dapper artists-of-the-moment in their cities of residence — spotlighting the locations that have been inspirational in their creative (and sartorial) journeys.

We’re calling it “Stomping Grounds” — consider it your blueprint not only to churching up your wardrobe this season, but also to getting to know the haunts of some truly in-the-know gents next time you find yourself in the neighborhood.

Schooled at the famed Carnegie Mellon University before cutting his teeth in the theaters of New York City, actor Matt Bomer’s breakout moment came with the role of charming con-artist-cum-FBI-collaborator Neal Caffrey on the hit series White Collar.

A slew of memorable roles and accolades later (anyone who has not seen his Golden Globe-winning turn in The Normal Heart with Mark Ruffalo would do well to stream it immediately), Bomer now resides in the City of Angels, where his profession and personal style have become inextricably linked. “I think so much of your relationship to style and fashion, it can come from the jobs you do as an actor,” he says. “All of a sudden they’re putting you in colors and palettes and styles that you haven’t seen before, because everyone involved is at the forefront. So it’s kind of a safe way to step out of your comfort zone and embrace new things.” 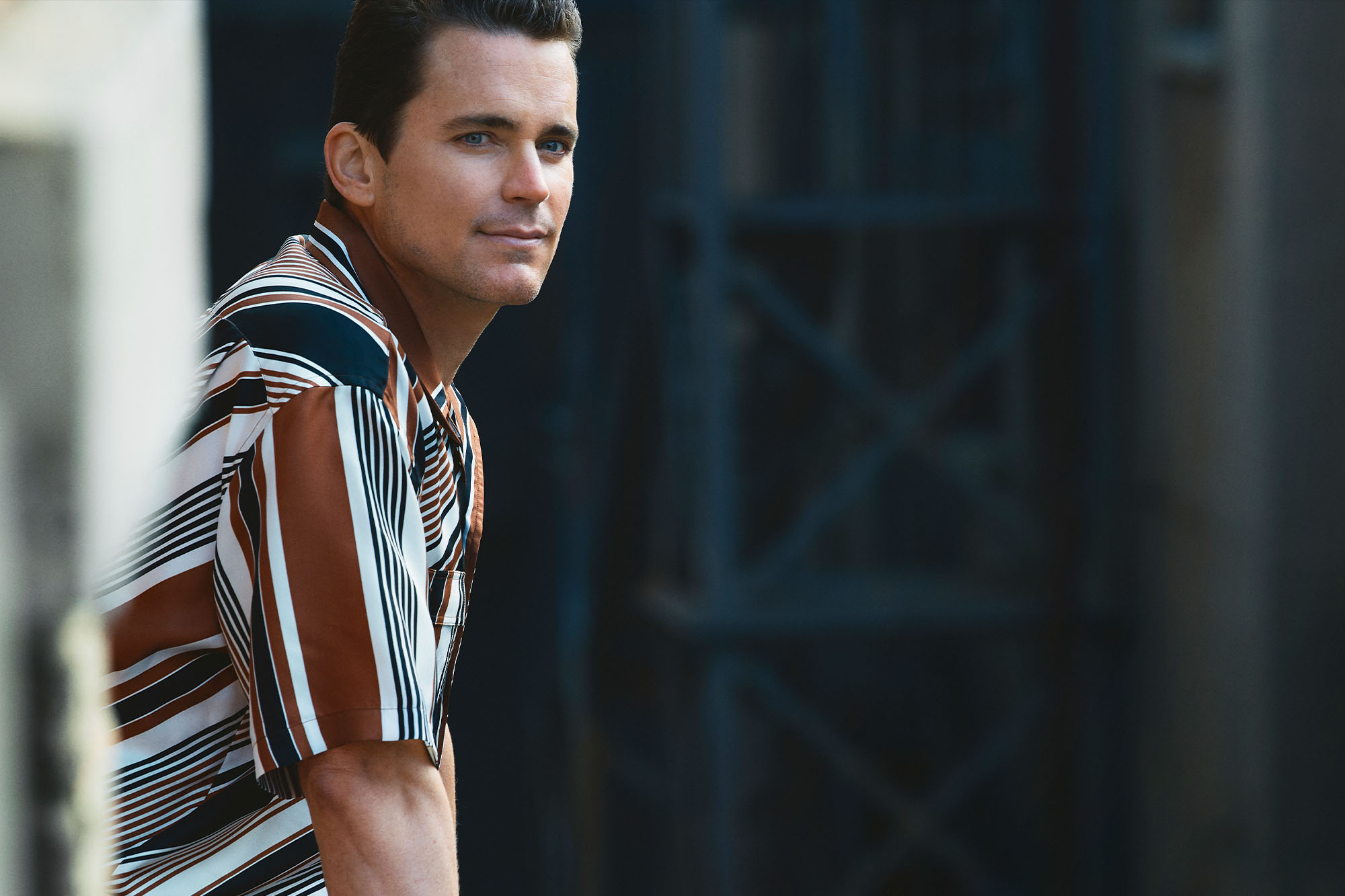 While nearby Universal tends to be the studio on everyone’s L.A. travel bucket list, it bears noting that a tour of the Warner Bros. lot yields the more authentic behind-the-scenes Hollywood experience. “You walk onto any soundstage on that lot and you have no idea what you could be walking into,” says Bomer. “It could be a massive superhero movie, it could be a commercial shoot, it could be an episodic television show. There’s just so much creativity going on within this almost relaxed factory setting there.”

As for the look, Bomer is digging the updated nostalgia vibes from Dolce & Gabbana. “I love that striped shirt. I feel like it could be anything from the studio era all the way through Swingers. I love this style mixed with the great classic khaki color, but with cargo pockets and the zipper detailing so you can kind of let it be what you want it to be at the ankle as well.” 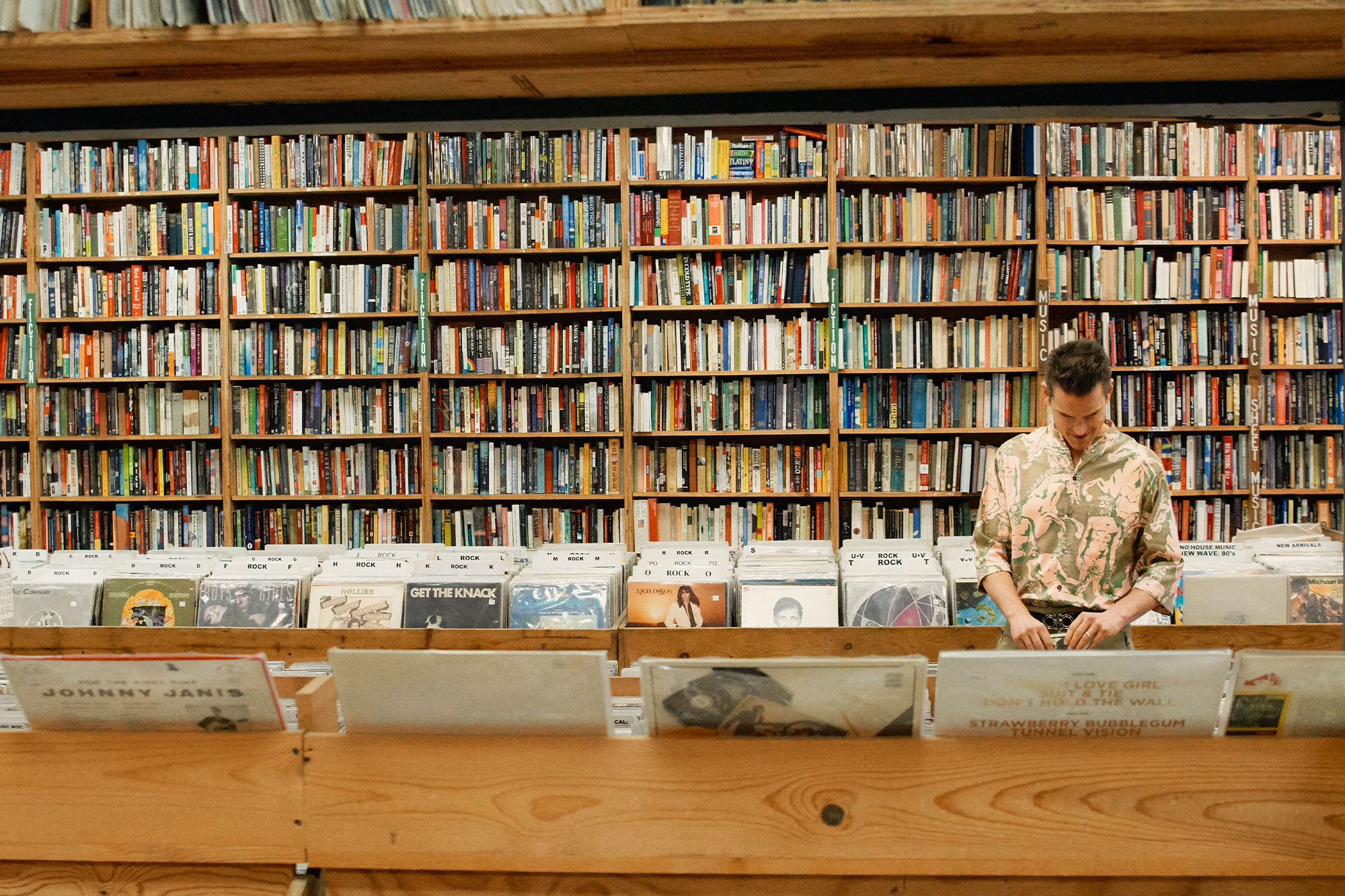 For a longtime New Yorker, Bomer couldn’t have picked a better place to land in Los Angeles than the Franklin Strip (his first apartment was a block away). The row of businesses at the foot of the Hollywood Hills — from The Daily Planet newsstand to famed coffee shop Bourgeois Pig to legendary music/lit haunt Counterpoint Records — has long been an oasis for L.A. residents looking to escape the car culture that pervades the city.

“The Daily Planet was a great place to start my day,” says Bomer. “And I’m so happy Counterpoint’s still around, because so many bookstores and music stores have gone the way of the dinosaur. And to me it was such a great place to go and check out music and pick up some vintage books, and to trade in my old books. I really felt like I was a part of a community in that I got to know people who worked in different establishments and had a routine about my day.”

When it comes to a casual getup for kicking around the neighborhood, Bomer’s Salvatore Ferragamo ensemble fits the bill nicely. “I love the color of that shirt,” he says. “It does seem more and more like there are these looser, off-the-shoulder fits that are such a callback to the ’90s, which I think is really fun. And I think clean white sneakers are a great way to just round out any outfit in L.A. That’s one of the things I love about it here, you can pretty much wear clean white sneakers anywhere.” 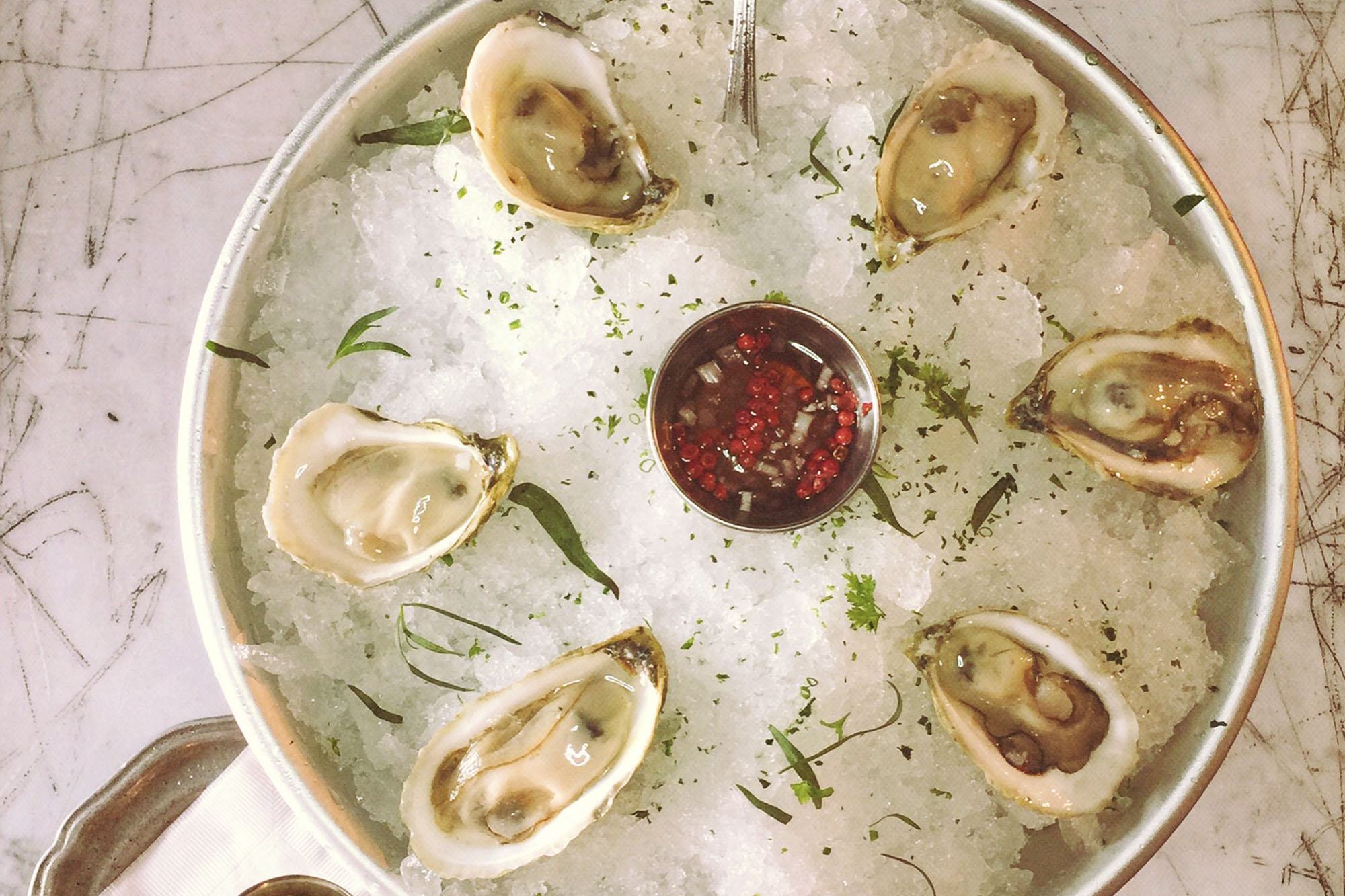 Opened all the way back in 1969, La Poubelle has for decades been a low-key spot where the young, stylish contingent has congregated to eat, drink and carouse. “I was just talking with Jason Momoa about it the other day, how he had a lot of history in that spot as well,” says Bomer. “I just feel like it’s a part of Hollywood lore, eating there, and there’s a really iconic woman who owns the spot. She just has such a distinctive French personality. And the food’s great.” (Ed. note: you really can’t go wrong anywhere on the menu, but the Coq Au Vin should not be missed)

And for a look befitting a notorious cool kid hangout? Swinging for the vestiary fences with Valentino is the order of the day. “One of my favorite things about this outfit is that I love the classic black [of the pant], but also this sort of Kill Bill stripe on the side is a great way to stand out a little bit,” says Bomer. “I love comfort as well, and this shirt basically feels like I’m wearing a cloud, but it also makes a fashion statement. I feel like this might be out of True Romance or something.”

Where musician Trombone Shorty spends his downtime in New Orleans

Restaurateur Michael Chernow on his favorite places in NYC