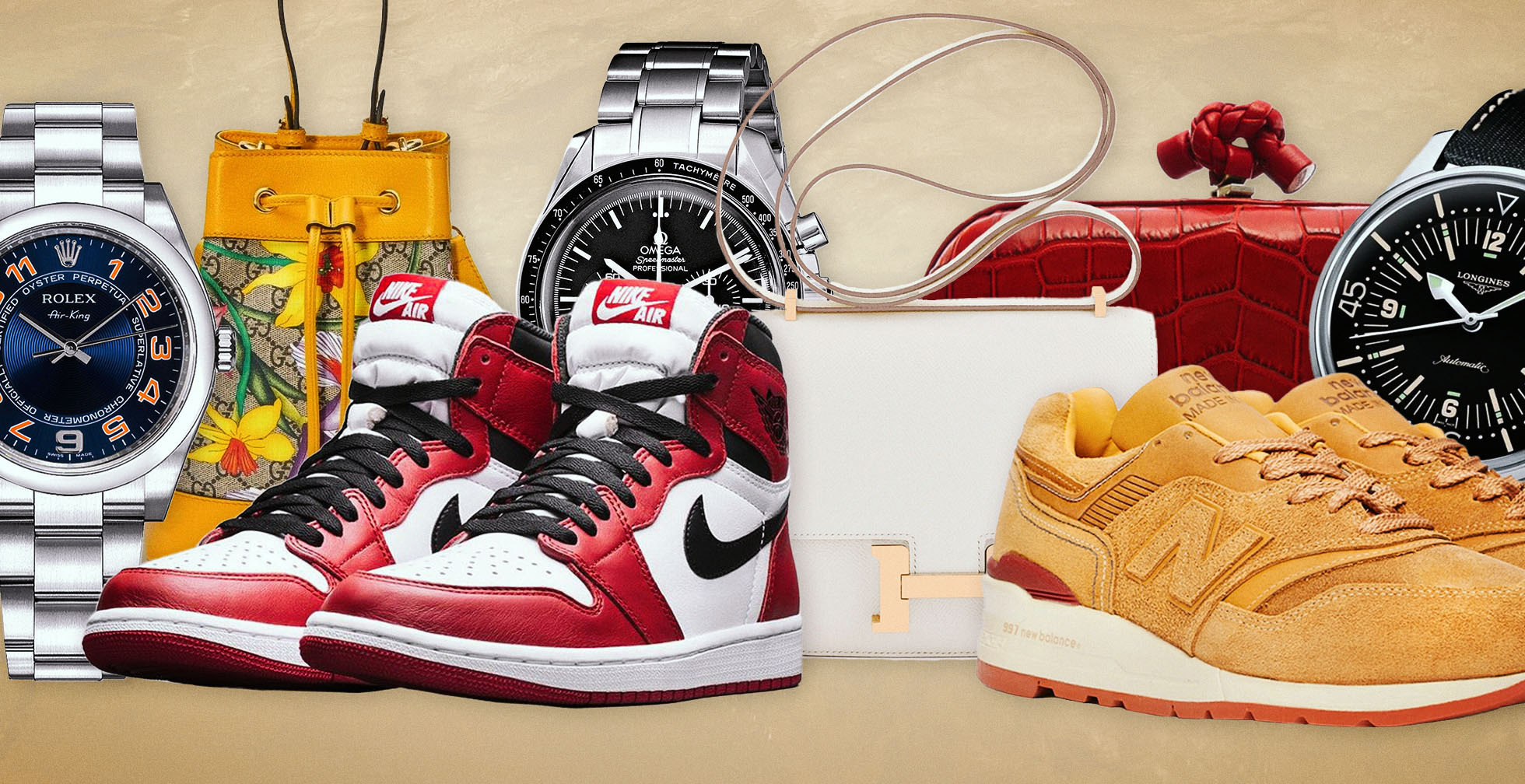 In partnership with eBay

When it comes to holiday gifting, particularly in a year like this one, it’s understandable to want to swing for the fences. To want to wow the recipient with something that’s, shall we say, a little more special. Something hard to find that can’t be bought in just any old store. Something that has its own story that your giftee inevitably becomes a part of.

With an eye toward giving just this type of gift this holiday season, we’ve partnered with eBay on the Rare Finds Gift Guide, a handy compendium of the scarce and superlative that’s sure to garner the effusive thanks you deserve in the coming weeks.

From luxury watches to designer handbags and limited-edition sneakers, we’ve curated a range of exceptional items for a variety of people on your list — and thanks to eBay’s Authenticity Guarantee, you can be certain that each and every one of them has been thoroughly vetted and inspected by eBay’s highly-trained authenticators and is guaranteed to be the genuine article.

And eBay knows from rare finds — the “World’s Online Marketplace” has of late been hosting a series of “speakeasy style” specialized pop-up boutiques around the country showcasing their wares. Dubbed the “Hard to Find Gift Shops,” locations are released just 24 hours before launch on eBay’s social channels, and each shop spotlights a specific category. The Hard to Find Sneaker Shop debuted in Detroit last month with all 50 pairs of the Off-White x Nike Dunk Low collection, the Hard to Find Collectibles shop ran in Houston December 3-4 and was stacked with high value trading cards, collectibles and memorabilia, and the Hard to Find Luxury shop will run in Miami on December 10-11 and feature all manner of designer handbags (Birkin, anyone?), luxury timepieces and high fashion pieces.

In the event you’re not able to make it out in person, worry not — below you’ll find our favorite picks from eBay’s online offering that can be purchased with just a few clicks. So whether it’s for a friend, loved one, significant other or even yourself (go on ahead in that regard, we won’t judge), read on to find that very special something that you won’t find anywhere else.

For the Luxury Watch Maven

It’s nice to see that Rolex isn’t shackled by its reputation and still manages to throw in a little eccentricity here and there (see: the palm fronds Datejust or the Milgauss with its spooky black, orange and green aesthetic), but if you want something truly outside the watchmaker’s comfort zone, spring for this daring Air-King. Sold in the 2000s before the line was dropped in 2014 (then revived in 2016), it’s an entry-level piece that’s a whole lot of watch in a small 34mm package, what with its blue-and-orange color scheme and concentric dial with a textured center.

If you’ve spent any amount of time even considering getting into watches, you have most definitely come across and lusted after the Omega Speedmaster Professional. Known simply as the “Speedie” to watch dorks everywhere and as “the moon watch” to slightly less dorky people (it was famously worn during the first moon landing in 1969), there have been countless variations over the years, but this is this standard and, in our opinion, the best. You can’t go wrong.

As the story goes, it was polo that provided the inspiration for the first reversible watches of this style. If you’re swinging a mallet from horseback there’s a good chance your delicate wristwatch wouldn’t survive a match — especially back in the 1930s — so watchmakers came up with a design that could be flipped over so the watch face was hidden. The stately Otis from Hamilton is not the original, but that doesn’t make it any less desirable. In fact, due to limited production of this line, these are hard to come by in good condition these days.

It is our opinion that Longines makes some of the most underrated watches around. If we were in the market for a reasonably priced new dress watch, they’d be our first choice without question. But when it comes to a daily wearer, they also make one of our favorites: the Heritage Diver, which boasts a ton of understated vintage touches and some real if-you-know-you-know credibility.

For the Designer Handbag Enthusiast

It doesn’t take a fashionista to know that an Hermés bag of any kind is the ultimate splurge — the brand represents, truly, the apotheosis of the luxury handbag game. Named for the young female designer’s yet-to-be-born daughter in 1967, the Constance is both chic and sporty, especially in elegant cream leather with rose-gold hardware. It’ll put a helluva dent in your wallet, but think of it like this: you’ll be able to point to it during every argument for the rest of your natural life.

Chanel’s cross-body flap bag is an iconic accessory, designed by Coco in the 1920s to free up her hands while out on the town. In rare multicolored sequins with gold hardware, this is the perfect statement bag for that upcoming New Year’s Eve party (and any other parties for the rest of forever, really).

You wanna talk about rare? Bottega Veneta discontinued the legendary Knot Clutch shortly after its designer, former creative director Tomas Maier, left the brand in 2018. That’s right, they ain’t makin’ any more of this bad boy — so when you’ve got the opportunity to grab one in eye-catching red crocodile leather, you best get on it.

Crafted in GG supreme canvas with flora pattern, yellow accents and drawstring fastening, this is the perfect handbag for spring and summer. The Bucket is portable enough to be easily slung over a shoulder, but roomy enough to carry all manner of warm weather accoutrement.

For the Savvy Sneakerhead

The shoe that launched a global phenomenon that continues to this day (Nike’s GORE-TEX remix of this very same silhouette just dropped, promptly sold out, and can now be found — naturally — on eBay), the Jordan 1 in His Airness’s signature Chicago Bulls colorway is the The Godfather of J’s and a cornerstone of the sneakerhead movement. Not cheap, but worth it for any serious collector.

If you’re looking for a pair of timeless Yeezys that are respected by connoisseurs, understated enough to play with a wide variety of fits and also boast some cheeky tech, look no further than the recently-released Yeezy Boost 350 v2 “Light.” Its cream Primeknit upper goes with just about everything and also adopts a light pink hue when exposed to sunlight, while a monofilament panel running the length of the shoe changes to a deep amber. Hooray, science!

While the Midnight Spruce certainly isn’t the MOST coveted Sacai — that distinction probably belongs to the “Black White” VaporWaffle, which regularly fetches prices well north of a thousand dollars — it is, in our opinion the superior colorway (more personality) and can be had for a fraction the price. Win win.

New Balance is no stranger to a banger collab, with iterations of their storied silhouettes done in partnership with entities as varied as Levi’s and Auralee Tokyo Design Studio commanding ’nuff respect in the sneakerhead game. But for our two pennies, the version of their iconic 997 in collaboration with Red Wing is about as good as it gets. Two legendary American brands coming together to create a rough-out leather masterpiece that any self-respecting NB head should have in their closet.