How (and Where) to Watch the Women’s World Cup: A Layman’s Guide 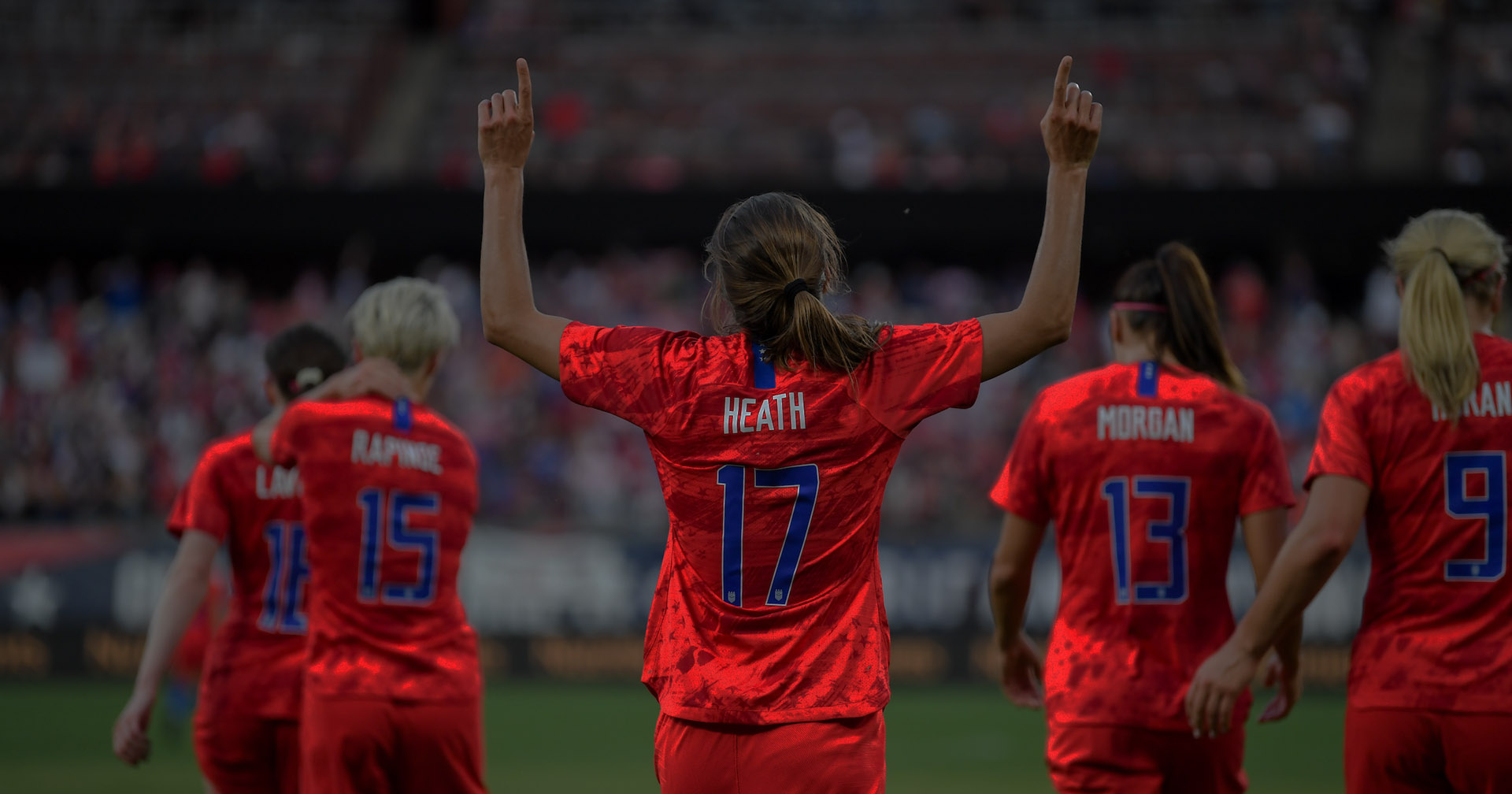 How (and Where) to Watch the Women’s World Cup: A Layman’s Guide

To help you prepare, we’ve put together a brief guide to the tournament with some help from our friends at TAG Heuer, the official watch and timekeeper of the U.S. Women’s National Team.

Below, you’ll find talking points on the standout players who will be suiting up for the U.S., the biggest games to mark down on your calendar, and a primer on the teams who pose the biggest threat to a repeat victory for the Stars and Stripes.

And for our readers based in or visiting New York, L.A., Chicago and San Francisco, be sure to check out our local World Cup pub guides via the tiles on this page — that’s where we’ve compiled our favorite places to watch the action in each of your cities.

If the US achieves glory in France, these are five players we’ll likely have to thank for it.

Claim to fame: At the 2015 World Cup, Julie played every single minute of all seven games for the U.S. en route to victory, and was subsequently named to the tournament’s All-Star Team. She plays for the Chicago Red Stars of the NWSL, and was named the league’s Rookie of the Year in 2014.

What she’s really good at: Kicking ass and taking names. From her position in the center of the park, Ertz is both the fulcrum of the U.S. attack and a shield for the back four.

Claim to fame: Pugh made her debut for the USWNT at the ripe old age of … 17. Now 21, she already has 15 goals for her country at the senior level. She also forewent her college career to go pro, a move basically unprecedented for a women’s player.

What she’s really good at: Lightning quickness. Confidence in front of goal. Impeccable technique with the ball. Vision. Pugh’s a prodigy, and she’s got it all.

Inconsequential but nonetheless interesting fact we gleaned from her Instagram: She’s a Denver Nuggets fan.

Claim to fame: Like Ertz, played every minute of the U.S.’s World Cup-winning campaign four years ago. She’s also a two-time Olympic Gold Medalist and a three-time NWSL Defender of the Year.

What she’s really good at: At the age of 33, Sauerbrunn is still comfortably at the peak of her game. She’s the lynchpin of the U.S. defense, providing a calming, cerebral presence when her team’s goal is under duress.

Inconsequential but nonetheless interesting fact we gleaned from her Instagram: She enjoys a good cat meme.

Claim to fame: Rapinoe has won it all for the U.S., playing an instrumental role at both the 2015 World Cup and the 2012 Olympics. She currently co-captains the side along with Alex Morgan and Carli Lloyd.

What she’s really good at: Marauding up and down the left flank and putting inch-perfect crosses on a platter for her fellow attackers. Rapinoe is also one of the most dangerous dead-ball specialists in the world. Check out this Beckhamesque free kick.

Inconsequential but nonetheless interesting fact we gleaned from her Instagram: She is a straight up swag lord.

What she’s really good at: Perhaps the most technically skilled player in U.S. history, Heath is a tricky attacking midfielder with a deadly eye for the final ball — she holds the NWSL record for assists in a season, with 10.

Inconsequential but nonetheless interesting fact we gleaned from her Instagram: Her sneaker obsession is very real.

These are the five teams that pose the biggest threat to American glory.

This is likely the last hurrah for the greatest generation in Brazilian women’s soccer, with superstars Marta, Cristiane and Formiga set to play in their final World Cup. While they enter the tournament as the oddsmaker’s eighth favorite to win, never discount a team of embattled veterans desperate to finally put their names on the Cup.

Every man, woman and child in England was singing “It’s coming home!” at full throat when their men’s team made a surprise run to the semifinals of the World Cup in 2018. But it’s their women’s team that probably has a better chance at glory: they won the SheBelieves Cup earlier this year, finishing ahead of both the U.S. and world no. 4 Japan.

The hosts are joint favorites with the U.S. entering the tournament, and for good reason: seven of their players ply their trade together at club level for Olympique Lyonnais, winner of the last four Champions Leagues and the most talented women’s team in the world by a wide margin. Watch out for midfielders Amandine Henry and Eugénie Le Sommer, the respective captain and vice-captain of the squad.

Similar to the French, Germany will benefit from having a squad that comes ready-made with great cohesion: seven of the women named in the squad play together for FC Bayern München, the biggest club in the country. They also have the benefit of a strong pedigree, having won two women’s World Cups, second only to the U.S., who have three.

The surprise 2011 World Cup Champions still have a brilliant side that plays a frenetic, possession-based style that is unique in the women’s game. They will enter the Group Stages as fifth favorites, but are more than capable of beating any team on their day.

Here are the five group-stage games you don’t want to miss.

Friday, June 7: France vs. South Korea. The hosts will kick things off at the Parc de Princes in Paris. Expect a rollicking atmosphere and an early preview of how prepared the French team is to deal with the immense pressure that will fall on them to win the Cup.

Wednesday, June 12: Germany vs. Spain. The Spanish women have shown great improvement in recent years and should enjoy a huge boost from their fans — a match earlier this year in Madrid between Barcelona and Atlético Madrid shattered the record for attendance at a women’s match, with more than 60,000 fans in tow.

Thursday, June 13: Brazil vs. Australia. This match between two well-tested teams could determine who wins Group C — and thus avoid a potential knockout matchup with Norway or France.

Thursday, June 20: Sweden vs. USA. This should be the toughest match of the group stage for the U.S., and it will arrive on the final day of the round.

Sunday, July 7: Final. Should tournament favorites France and the U.S.A. beat the pressure and advance to this match, expect a battle for the ages at the Stade de Lyon — the home stadium of Olympique Lyonnais, for whom many of France’s best players feature on a weekly basis.