With innovative electric vehicles at the center of it all

Get ready for a lot more Nitro Rallycross in the next few years.
Nitro Circus
By Tobias Carroll @tobiascarroll

Travis Pastrana is known for defying gravity in assorted vehicles — including replicating a trio of Evel Knievel jumps and jumping a car over an Annapolis canal multiple times. Pastrana is capable of doing absurd things when he’s behind the wheel, and next year he’ll be embarking on an ambitious new venture — one which might showcase his ethos to a whole new scale.

At Jalopnik, Elizabeth Blackstock reports that Nitro Rallycross — created by Pastrana and Nitro Circus — is expanding into a championship series next year. In 2021, the series will feature 5 races; the following year, that will increase to 10.

2021 will also bring with it the first test of the FC1-X, an electric SUV developed in conjunction with Ford, Volkswagen and Subaru. The FC1-X is scheduled to have its first tests in February. The press release announcing it offers some enticing details: “While based on an electric SUV platform, it is a pure racing machine through and through. The highest performing vehicle ever in the sport, it produces 1,000+ peak HP with all-wheel drive, is capable of three G’s of acceleration and can rocket from zero to 60-mph in under 1.5 seconds.”

For viewers who like their vehicles powerful and their racing unpredictable, this new series offers a lot to look forward to. The project doesn’t lack ambition, but if all goes according to plan, this should be an exciting new addition to the racing series landscape. 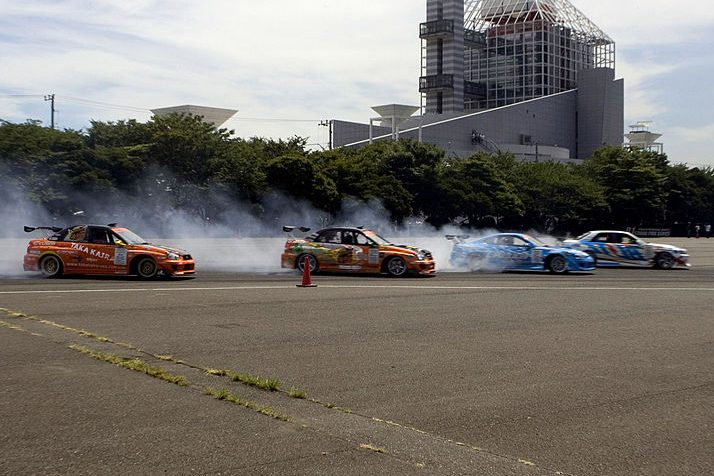 How to Drift a Car in 3 Easy Steps, as Told By a “Hobbs & Shaw” Stuntman