The supercar was one of 25 made 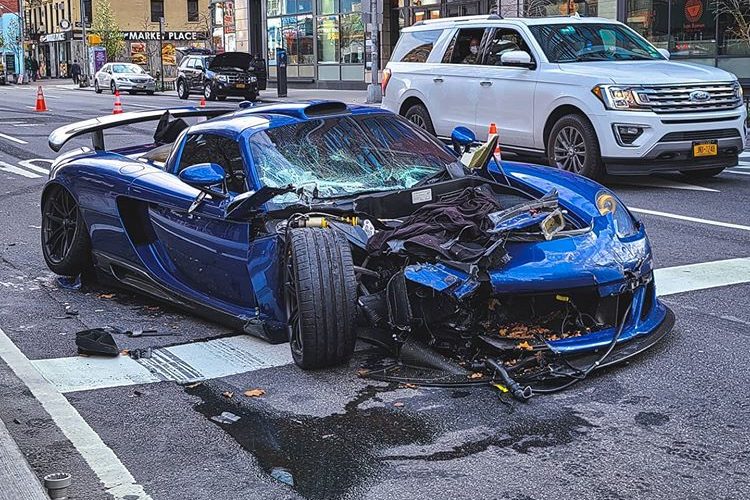 Take a Porsche 980 Carrera GT — already no slouch in the automotive department — as your base platform and make it even more high-performance, more luxurious and more high-tech, and eventually, you’ll have a Gemballa Mirage GT, an absolutely stunning supercar that combines fantastic engineering with bespoke precision.

Then smash it into a bunch of parked cars on New York’s West Side Highway.

That’s what happened on a Tuesday in a city that really doesn’t need any more stress right now.

Rough morning *photos taken by me*

Only 25 Gemballa Mirage GTs exist in the world, which meant that people on 11th Avenue in New York City saw something they might not usually see there. It’s also worth mentioning that this all took place a handful of blocks from the Javits Center, which is currently being used a temporary hospital to treat coronavirus patients.

According to a report by Kyle Cheromcha at The Drive, The Mirage GT collided with several vehicles before coming to a stop, at which point the driver was taken into police custody. The article at The Drive quotes the NYPD’s incident report, which gives a sense of what took place:

Further investigation revealed that the operator of vehicle #1 struck the rear of a parked unoccupied vehicle #2 and fled southbound on 11 Avenue in his Porsche The motorist proceeded to strike vehicles #3,4 and 5 that were also parked and unoccupied in the vicinity of West 44 Street where his vehicle came to a rest. The suspect was taken into custody at the scene.

Or you can see for yourself.

The driver taken into custody was revealed to be Ben Chen, who co-founded the goldRush Rally. According to the police report, Chen has been charged with operating a motor vehicle impaired by drugs and reckless driving.