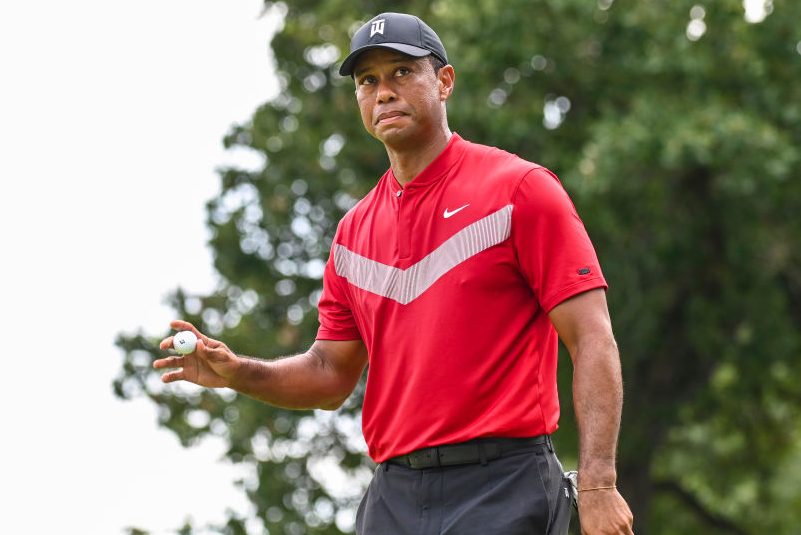 After failing to qualify for last week’s Tour Championship in Atlanta, Tiger Woods elected to have arthroscopic surgery on his left knee to repair minor cartilage damage.

This is the fifth time Woods, who won his fifth green jacket at the Masters in April, has had surgery on the troublesome knee.

“It was bothering him, but arthroscopic these days is different than we had years and years ago,” Woods’ agent Mark Steinberg told The Associated Press. “He’s up and walking now. This will have no effect on the fall or winter.”

Woods is scheduled to play an exhibition match against Rory McIlroy, Jason Day and Hideki Matsuyama called the Skins Game exhibition on October 21 in Japan. He’s also supposed to follow that up by playing in the Zozo Championship that beginning on October 26.

As of now, it sounds as if Woods will be fine to play in both events.

“I’d like to thank Dr. Cooley and his team,” Woods wrote on Twitter. “I’m walking now and hope to resume practice in the next few weeks. I look forward to traveling and playing in Japan in October.”

In a statement, Cooley said he expected the 43-year-old golfer to make a full recovery.

“We did what was needed and also examined the entire knee,” Cooley said. “There were no additional problems.”

Previous surgeries Woods has had on the knee include the removal of two benign tumors and scar tissue, another arthroscopic procedure which removed fluid and cysts, and reconstructive surgery to repair his ACL.