One photographer is attempting to document all of them 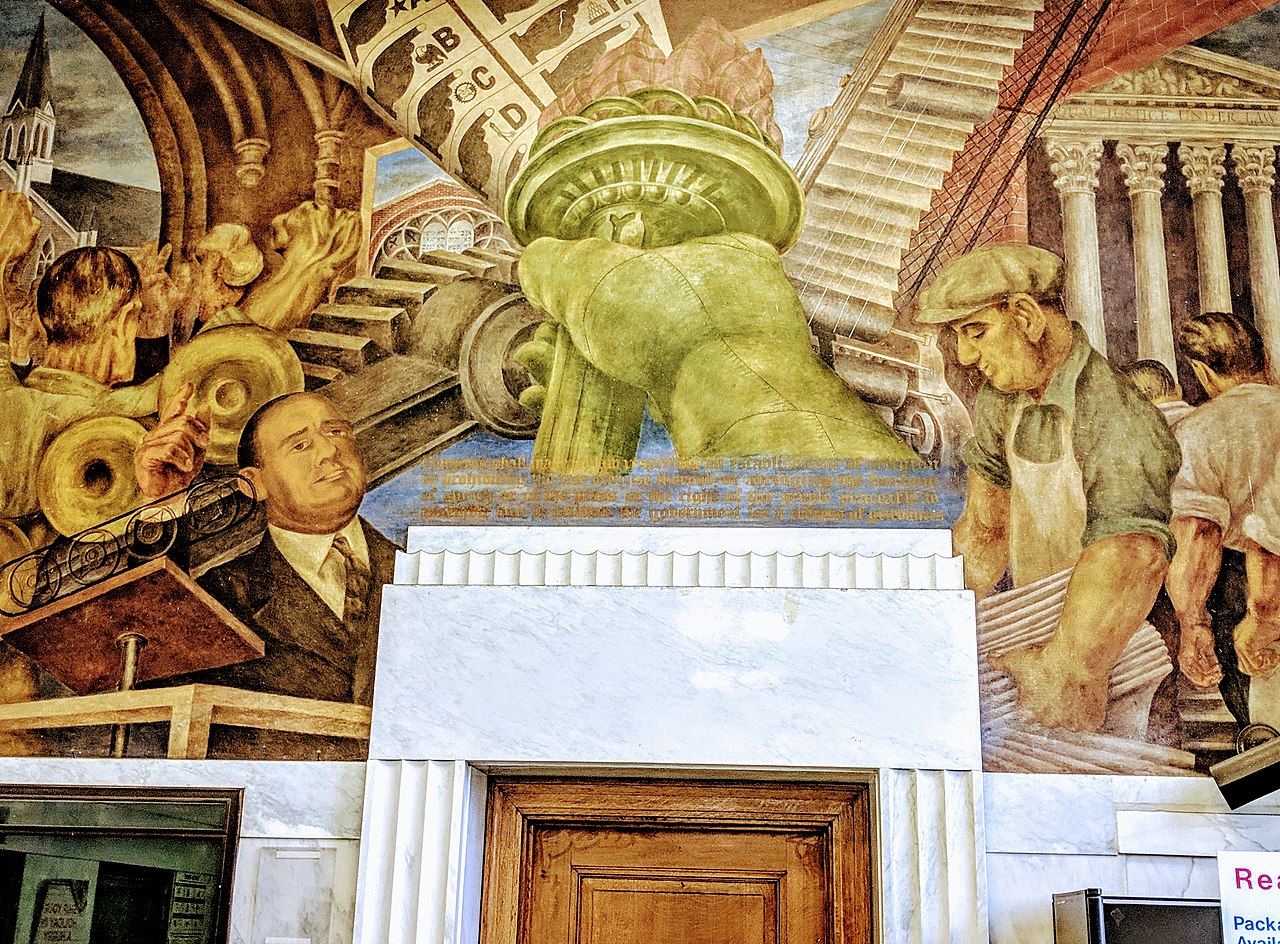 A Ben Shahn mural at a post office in Queens.
CaptJayRuffins/Creative Commons
By Tobias Carroll / April 8, 2020 6:00 am

When you think of great public art, the first thing that comes to mind might be something like the works of Christo and Jeanne-Claude, or Anish Kapor’s Cloud Gate in Chicago. There’s something about distinctive art designed to be seen and appreciated by a broad cross-section of humanity that can warm the heart — and which acts as a reminder of the power and reach of artistic expression.

Some works of public art are found in places you might not expect, though. That includes post offices around the country — while you might not expect to get a crash course in art appreciation while standing on line to buy stamps, that’s precisely what could happen. At Atlas Obscura, Winnie Lee explored the history of these murals, which were commissioned by the Works Progress Administration during the Great Depression.

Specifically, Lee spoke with photographer Justin Hamel, who’s engaged in an ongoing project of documenting the nation’s post office murals. What began for Hamel as a process of finding some murals that interested him has expanded to a larger quest to document all of the remaining post office murals in the United States. It’s also turned him into an ambassador for the idea of publicly-funded art.

“During the proposed federal budget cuts to the National Endowment for the Arts,” Hamel recalled, “I would talk to people in line at their post offices and explain how the murals were funded by the government during the Great Depression to employ artists and bring civic pride to rural communities.”

Over 1,400 murals were initially created as part of the WPA program. Hamel told Lee that the search for murals is one in which some murals are lost to history, while others can crop up at unexpected times:

I believe that 900 to 1,000 are remaining. Every year murals are lost due to the closing or sale of post offices or outright negligence. At the same time, murals are sometimes discovered in the basement of a post office, underneath paint in the lobby, or in the back room of a local museum.

The influence of WPA murals is felt in differing degrees across the country; consider the recent debate over a WPA mural in a San Francisco high school. But Hamer’s project feels like a necessary one — a reminder of the power and promise of public art.