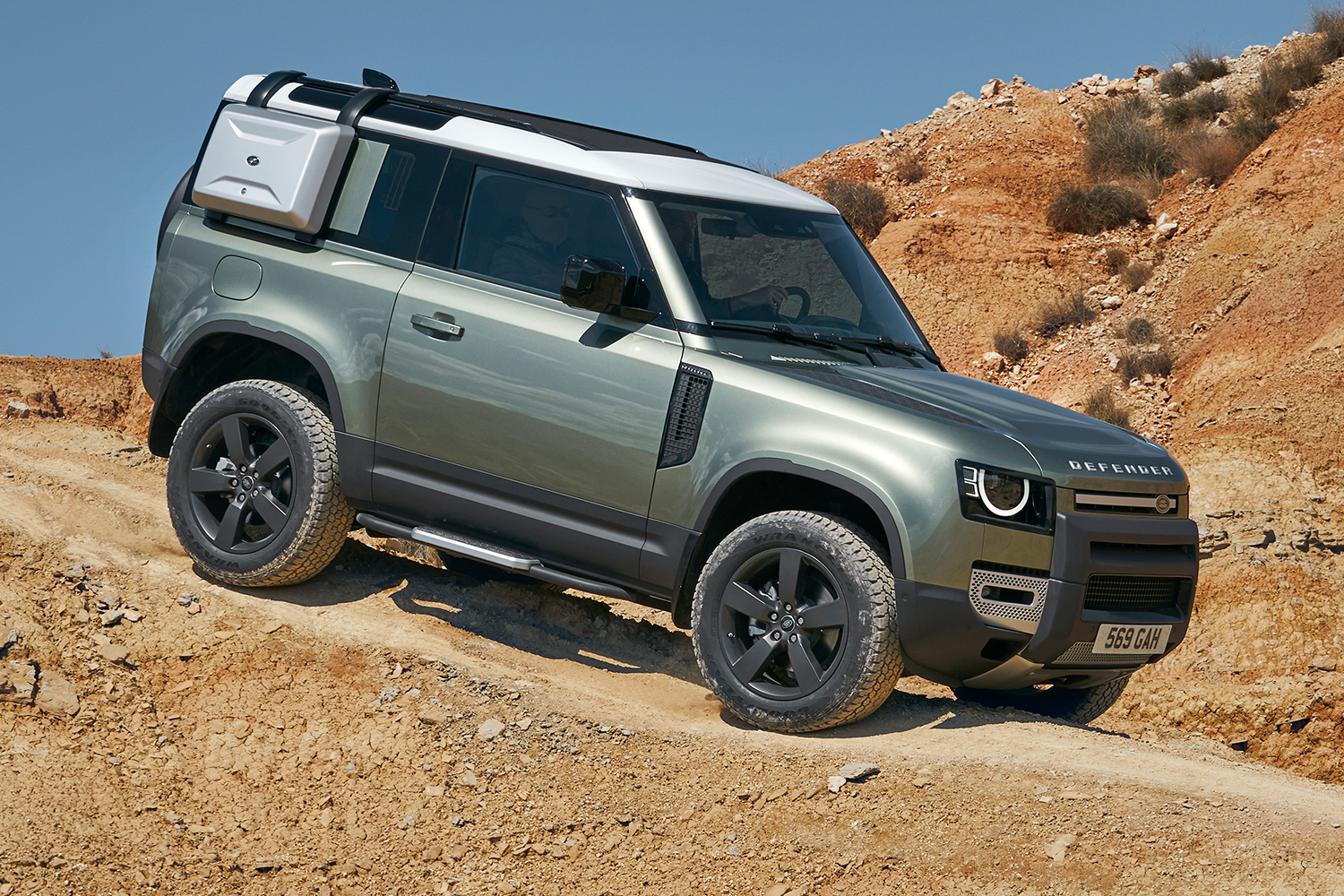 The new Land Rover Defender is officially here, and the hot takes have been rolling in. (Our first impression is that you should wait to buy one, for one very specific reason.) Automotive outlets have generally been positive, but they’re bound by at least a semblance of journalistic ethics. The public, or at least the social-media-using public, are not bound by such constraints.

When it comes to the consumers who will ultimately decide whether or not the 2020 Defender lives up to its name (and is worth purchasing), the response has run the gamut from elated to gutted, to borrow a phrase from the British.

Of course, almost all of the people commenting on Twitter, YouTube, Facebook, Instagram, etc. haven’t driven the new Defender yet. And chances are many of them haven’t read through the all the specs yet (though, to be fair, there’s a lot to digest). Much of the initial response is about one thing: the exterior design. While that might seem superficial in other cases, we aren’t talking about books here. We’re talking about automobiles, which live and die by their lines — and the redesigned Defender, more than most modern vehicles, had a greater chance of dying.

As Adventure Journal rightly puts it, “The looks of this new one will be polarizing. No matter what Land Rover did, they would be.” That’s because over the lifetime of the vehicle — which went uninterrupted from the first Land Rover Series model in 1948 to the supposed end of the Defender in 2016 — it was more or less the same. It was two boxes stuck together. It was a squarish, battle-hardened, off-road legend. It was solid axles and body-on-frame brutishness. Now, it’s softer around the edges, more technologically advanced, and more like other modern SUVs.

Those changes have led to many, many unflattering comparisons, like the Fiat 500X …

… and the Honda Element …

This is just a sampling of the curmudgeons you’ll find out there, but they’re all misguided … and months late. While this is the first time we’ve officially seen the design of the new Defender, we basically knew what it was going to look like from the first camouflaged model.

Days after Santa came down the chimney in 2018, Land Rover announced the Defender would be sold in the U.S. and teased us with a model in disguise. Even in those photos, you can tell it was going to be closer to a Discovery or Range Rover than a Series II. But those who were really paying attention knew it even earlier, when the automaker announced it’d be redesigning the vehicle.

The dissidents — and I’m talking about the people who legitimately want to go back to the old-school design, not people who are just looking for likes and retweets — are simply people who have no respect for history and automotive development. Do you remember why the Defender left the North American market after 1997? It’s because our country started requiring certain safety features — like, uh, front airbags for the driver and passenger — and the Defender apparently couldn’t meet them without a major redesign. Well, now we’ve got a major redesign, and it’s much, much safer for most drivers. Admittedly, we haven’t personally done bomb tests to compare the models.

That’s not to say that Land Rover is shielded from all criticism. There are plenty of reasons to be skeptical of the continuation of the Defender name, not least of which is the fact that production has moved from the long-time Solihull factory in England to Slovakia. And its off-road chops will certainly come under scrutiny once third parties have a chance to test it out. (For what it’s worth, as Consumer Reports wrote in its initial review, “In some ways the Defender doesn’t have any competition, particularly when its off-road capabilities are taken into consideration.”) But when it comes to design, you can’t fault the company for combining heritage with common sense.

Gerry McGovern, Chief Design Officer at Land Rover, puts it this way in the press release, “The new Defender is respectful of its past but is not harnessed by it.” You can clearly tell this is a Defender, but their focus was making an off-road-capable vehicle that would appeal to drivers around the globe, not paying homage to a dead design.

All that to say, while much of the design criticism is unwarranted, we do understand it. At its core, the Defender is an icon for Brits, just as, say, the Corvette is for Americans.

That’s why there was so much fanfare when the C8 Corvette made its debut. Despite being radically different from its predecessors — the first mid-engine Corvette — it was something new, something radical, something to be proud of again. So if there are Brits still lumbering around the countryside in Defenders and Series Land Rovers who take offense at the gentrification, or globalization, of what they see as a national symbol, we’re not going to begrudge them.

As for all the trolls who’ve never stepped foot in an old-school Defender, sorry, but Land Rover wins this round.

Plus, deals today on wireless earbuds, packable jackets and more