This Year, the ’80s Were the Star of Monterey Car Week

The decade has seen a meteoric rise in the world of collector automobiles. Here's why. 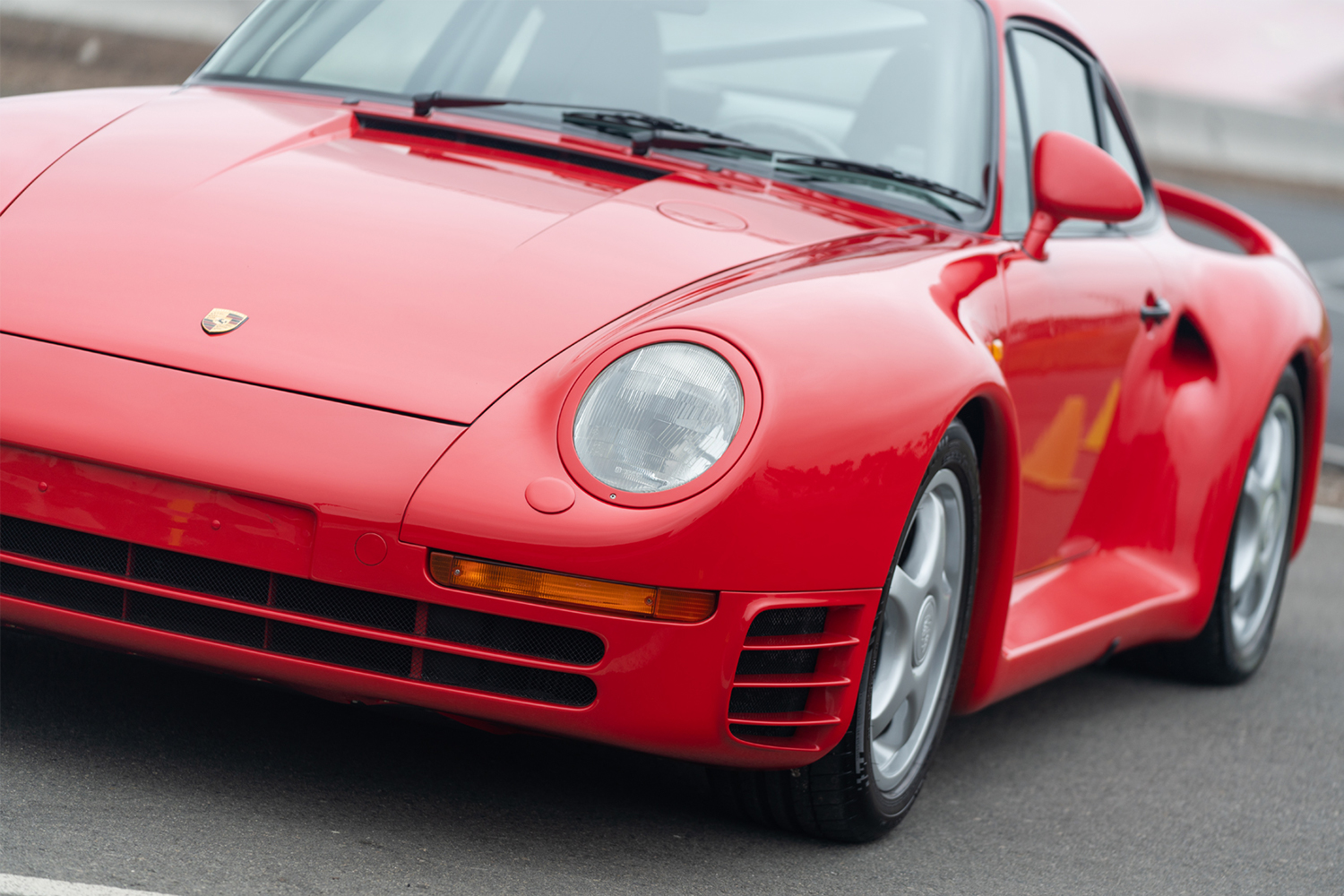 Stranger Things is still going strong after three seasons. Tom Cruise is making a new Top Gun. The song of summer is Lizzo’s “Juice”, featuring a music video that pays homage to Jazzercise-era workout tapes. Among the endless waves of nostalgia that inform the cultural zeitgeist, the ‘80s have always stuck around.

But do the rich and powerful abide them? If Monterey Car Week this year was any indication, they most certainly do. The most significant automotive event in America, which wrapped up Sunday in California, is anchored by the renowned Pebble Beach Concours d’Elegance and its auctions of the rarest automobiles on earth. This year, that included the oldest existing Porsche (which didn’t sell because of an auction gaffe) and a Le Mans spec ‘94 McLaren F1 (which sold for $19.8M).

However, the event’s biggest surprise wasn’t a WWII artifact or sexy supercar, it was the ‘80s — a decade that, before now, hadn’t seen its fair share of appreciation (or valuation) at this prestigious event. On August 9, Bloomberg quoted John Wiley of the Hagerty Price Guide, who said that only 12 collector cars from the 1980s were estimated to sell at Monterey for at least $250K in 2018. This year, 21 of the decade’s autos were valued at $250K and above.

“What’s happening now is just what happened with our parents 30 years ago,” says Art Cervantes. “You have a group of people who are now established and can afford to buy all the cool shit they wanted when they were younger. Because there’s that demand and limited supply, the supply is getting more and more expensive and more celebrated, but at the same time, it’s not snooty, which is really cool.”

Cervantes is the CEO and co-founder of RADwood, a roving automotive get-together that celebrates an era he thought was underserved: the ‘80s and ‘90s. After their first event back in June 2017, Cervantes has taken RADwood around the globe and cultivated relationships with top auction houses who run the show at Monterey, like RM Sotheby’s and Bonhams. But unlike those exclusive events, RADwood accepts all.

“We have events where we have multi-million dollar cars and 20 feet away there will be a car that’s some 16-year-old’s first BMW that’s $5K,” he says. (At Monterey, they hosted a pop-up as part of the 10th annual Legends of the Autobahn.) But Cervantes says that laidback, approachable vibe isn’t exclusive to his event; rather, he thinks it’s a quality endemic to ‘80s car culture in general, and why we’re seeing more interest now. People outside the 1% are interested in collecting and exhibiting, and the ’80s are a way to bridge the gap between the establishment and the younger generation, as well as older gearheads who feel like they don’t fit in at Pebble Beach.

So what kinds of cars from the decade are seeing more attention specifically? For that, we reached out to John Kraman, the TV commentator for Mecum Auctions’ NBC Sports broadcasts. “European and Asian sport models, along with American cars such as Fox-platform Mustangs and General Motors G bodies are gaining traction,” he says. “The ever popular Buick Grand National and GNX represent the high mark in collectibility.”

As for the reason behind the resurgence, Kraman echoed Cervantes, citing the intersection of nostalgia and buying ability. But he also says the ‘80s didn’t have “as many cool choices as baby boomers did in the ‘60s … so the few interesting ‘80s cars that are in good condition, or better, are attracting much attention from these buyers.”

You can be the judge of how many “cool” cars came out of the ‘80s by taking a look at five of our favorites from Monterey below. As for Cervantes, we already know what he would say. When we called him on Thursday, he was actually on his way to the event, so we had to ask: Was he practicing what he preaches in an ‘80s or ‘90s whip? Or was he driving a boring modern car with Apple CarPlay?

“I’m driving a 1987 Porsche 924 S as we speak,” he laughed. “I’m driving through an area that’s about 99 degrees with no air conditioning right now. Fully immersed!”