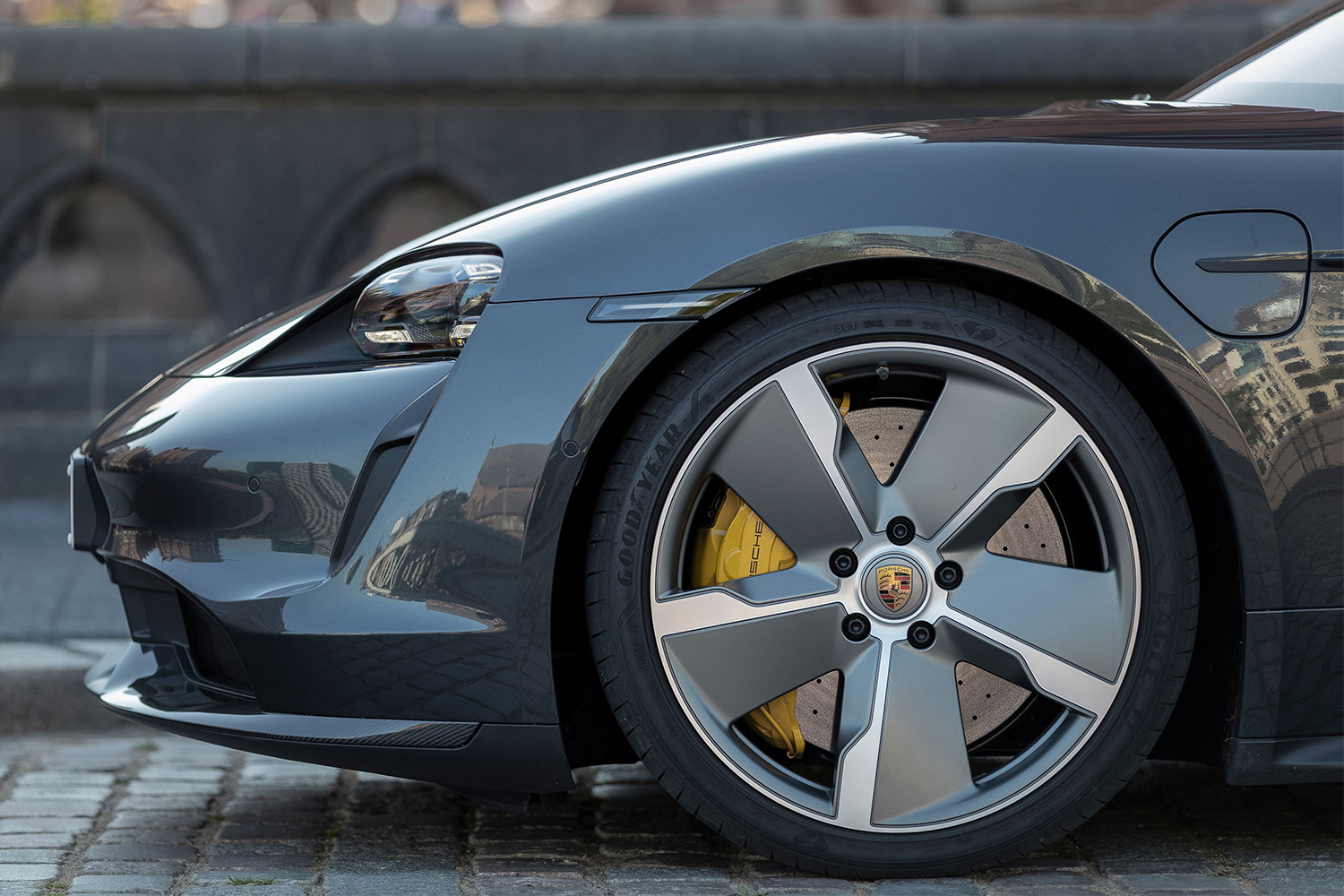 What would convince you to buy an electric vehicle? It might be a lower cost, because EVs are still on the whole more expensive than gas-powered cars. It might be better range, in case you’re worried about running out of electricity without a charging station in sight. You might also be a person of simple pleasures seeking out one that can fart on demand. Hey, it’s a free country.

The one element of the EV buying equation that doesn’t make headlines as often is energy efficiency, but it’s an important aspect to consider, and one you’re likely to hear more about as more electric vehicles hit the market.

In fact, the Porsche Taycan Turbo S, one of the most highly anticipated electric vehicles of the year, just got its EPA ratings back, and it now ranks as the least efficient new EV in the U.S. today. (Yikes.) Don’t believe us? Check out the ratings for yourself on the EPA’s fuel economy site.

How does a car from one of the first names in motoring, that starts at $185,000, come in behind a Chinese crossover taxi? There are a few things to consider: performance, MPGe and kWh/100 miles.

The two versions of the Porsche Taycan currently rated by the EPA (the higher-end Turbo and Turbo S) are absolute beasts with eye-popping specs like 0 to 60 mph in 2.6 seconds and a top speed of 161 mph. However, the marque’s biggest differentiating factor (in comparison to other EVs, mainly Tesla) is that it promises drivers an unrivaled, continuous power output akin to its gas counterparts. That kind of performance has to be balanced out somewhere, and it seems to be in the efficiency department.

When we’re talking about efficiency, there are two numbers to know: MPGe and kWh/100 miles. In the most basic terms, MPGe is the EPA’s way of translating EV power into MPG so gas-minded drivers can better compare between fuel options. (It’s complicated, but you can read a good breakdown at Edmunds.) The kWh/100 miles stat on the other hand shows how many kilowatt-hours (a unit of electricity) it takes to go 100 miles. So you want a high MPGe and a low kWh/100 miles. The Porsche Taycan Turbo S offers the opposite.

How much worse off is it? Below, find a list of the 10 least efficient electric vehicles in the U.S. today. If you buy one of these, you’ll end up paying more for electricity in the long run. (A few notes: Only EVs that are available to the general public are included. If there are 2019 and 2020 models available, only the latter is included. MPGe stats are combined city and highway.)

The 10 Least Efficient Electric Vehicles in the U.S., According to the EPA

Are you surprised Tesla made the list so often? It’s partly because they offer more options (wheel size, battery size, etc.) compared to other automakers, so while they make up most of this least efficient list, they also make up the majority of the most efficient list.

Also, while much has been made in the last few days of the poor range for both the Taycan Turbo and the Turbo S, efficiency and range don’t go hand in hand. On the list of lowest range, these Porsche models beat out EVs like the Fiat 500e, Volkswagen e-Golf and even the 2019 Hyundai Ioniq Electric which comes in second place on the most efficient list.

In other words? As we’ve said before, electric cars are not gas cars, no matter how much the EPA wants to put them in the same category with figures like MPGe. And efficiency is just one piece of the EV buying puzzle. That said, the Porsche Taycan Turbo S still trounces every single gas vehicle on the market in terms of efficiency, and with a gallon of gas costing more than its electrical equivalent, every single EV driver is going to save a ton of money on fueling over the long term.

Think about it: a lower fuel bill. Is that enough to make you want an electric car?