Hanging Out With Bears in Alaska Now Easier, Safer Than Ever 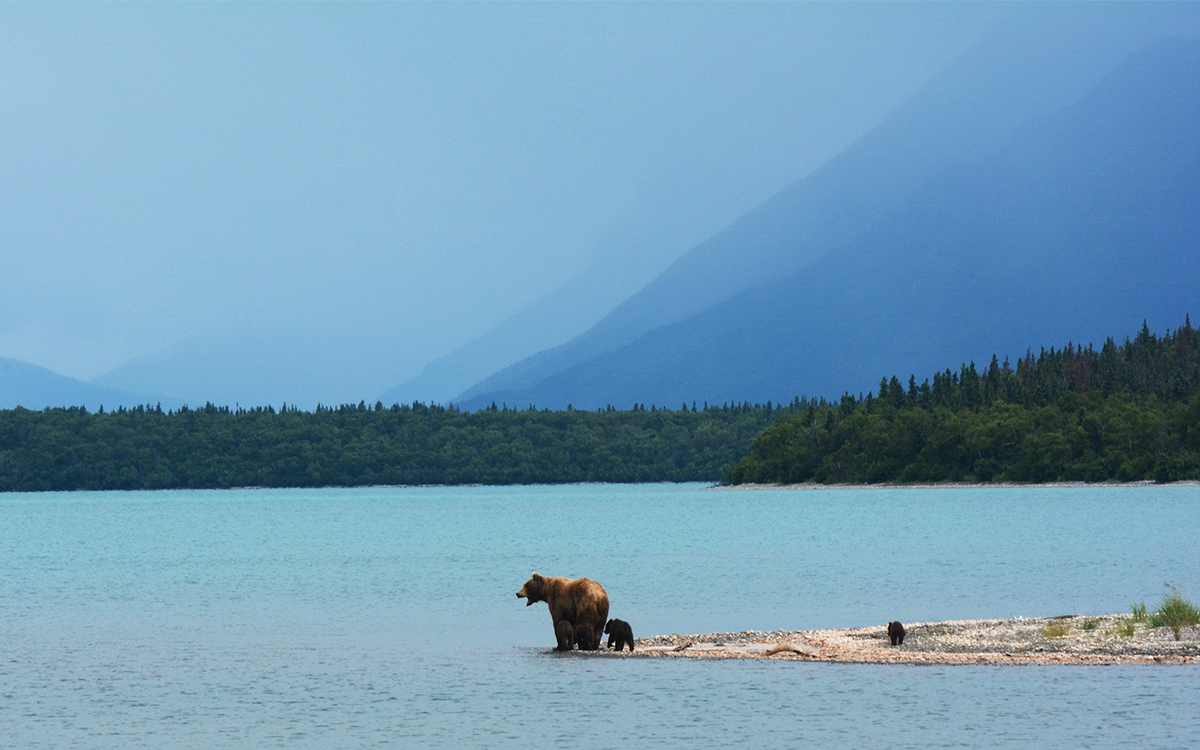 Alaska’s Aleutian Peninsula is the portion of the state that extends out like a wizard’s beard into the North Pacific Rim. It’s dotted with volcanoes and cottongrass meadows, and is home to more bears than people.

About 2,200 of those bears live in Katmai National Park, a preserve the size of New Jersey with a valley called Ten Thousand Smokes, which earned its name from a 1912 eruption of Novarupta. That was the largest volcanic of the 20th century, and altered the level of the Nile Freakin’ River … which is nearly 7,000 miles away.

The park is one of America’s wildest national treasures, but it doesn’t see too many visitors. Only 30,000 arrive each year (at most), due to both its extreme weather and remote location. Katmai is only accessible via plane or boat, but the trek is worth it to spot brown bears eating sedges (a flowered plant), scooping clams or fishing for sockeye salmon in the Brooks River.

In recent years, though, tourists have had trouble even getting into the park. A floating bridge at Katmai’s entrance has become a hit over the years for local bears, who enjoy posting up alongside it to rest or play. Their interactions with it (plus brutal storms) have severely damaged the bridge over the years, and on a more alarming note, account for too-close bear-human encounters and cause delays for servicemen and women who need to enter the park with supplies for NPS lodges.

So, the park built a new bridge, which is opening this June. This iteration is elevated above the river, meaning visitors and workers can cross freely without worrying about bears hanging out nearby. In fact, they’ll welcome it: 80% of those visiting Katmai come for bear watching, and the new bridge, which only started construction last October, will facilitate that in a safe manner. As bears only show up to the river around June (for salmon), construction was completed without having to worry about encounters. But getting supplies from Anchorage, hundreds of miles away, required flying and barging materials.

Which brings us to how you’re getting out here. The region offers a number of reputable “flightseeing” tours, which will pick you up in Anchorage and whisk you out to Katmai in a seaplane. We recommend going with Rust’s Flying Service, which was founded by WWII vet Hank Rust in 1963. The round-trip experience takes 10-12 hours, and Rust promises you’ll see up to 50 bears on a 1.5-mile span along Brooks River. Remember to snap shots of any chubsters you come across — each October Katmai hosts “Fat Bear Week”, a bracketed tournament of the most well-fed bears in the park. Which, mind you, is a sign of good health in the bear community.