The Impossible-to-Roast Style of Alec Baldwin

Before he gets insulted on Comedy Central, a review of nearly 40 years of perfect outfits 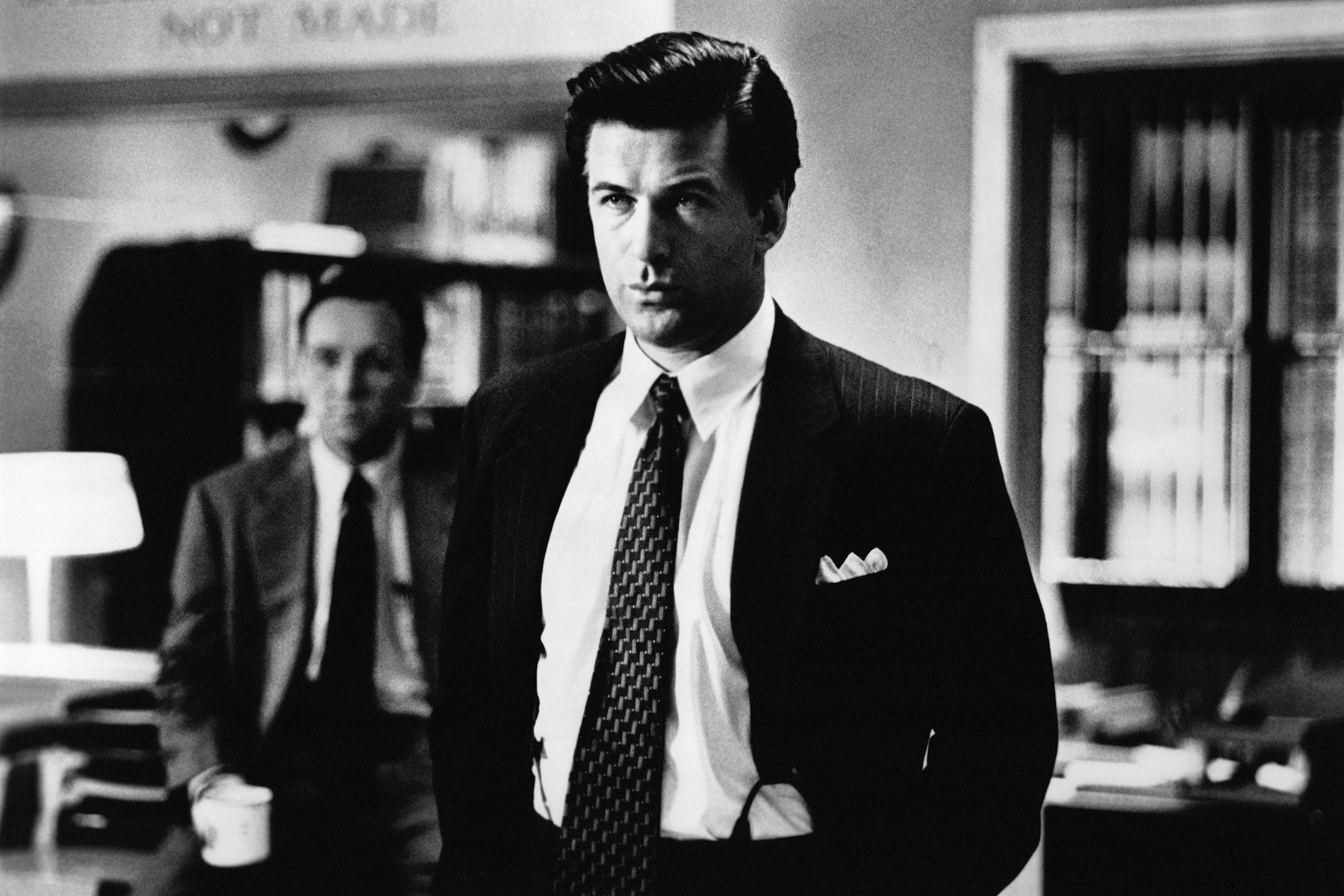 Baldwin in braces and a three-pointed pocket square in "Glengarry Glen Ross"
STILLS / Getty
By The Editors / September 13, 2019 8:58 am

There are few celebrities as deserving as a Comedy Central Roast quite like Alec Baldwin. And while Caitlin Jenner, Blake Griffin, Robert De Niro, Jeffrey Ross and the rest of the roasters will no doubt bring up everything from Baldwin assaulting a guy for stealing his parking spot to calling his then-11-year-old daughter a “rude, thoughtless little pig,” the one thing that is pretty impossible to tear down is his style. After nearly 40 years in the spotlight, Baldwin has remained one of the best-dressed actors around.

Take that photo of Baldwin leaving the Music Box Theatre in 1986 after a performance of Loot. It’s about as casual as you can get: 3″ Adidas running shorts, a tucked-in (!) Stromboli Pizza shirt, carrying an old issue of the Village Voice.

Since he’s been a subject of paparazzi fascination for about as long as he’s been making movies, we’ve all been treated to Baldwin’s off-camera looks more than a few times. Not surprisingly, he’s usually dressed for the occasion, having mostly traded in the short shorts for tailored overcoats, blazers and the occasional Fred Perry Harrington jacket while hanging out with Paris Review founder George Plimpton.

Baldwin’s style in his roles has similarly been spot-on over the last few decades. So let’s take look at the best-looking roles of Alec Baldwin’s career before a group of people cut him to pieces on Comedy Central.

This is how we got to know Baldwin: the pretty boy with a dark past who is probably up to no good. His early-’80s look is one guys in Brooklyn and L.A. are still trying to cop to this day.

There’s really no peak Baldwin, but in this sort of overlooked 1986 John Hughes film, you get a glimpse of the next 30 years of what Baldwin would nail so perfectly: arrogance. Pure swagger. The type that should have you worrying he’s going to steal your wife, and that’s exactly what he attempts to do towards the end of this movie. Sure, James Spader in Pretty in Pink and Thomas F. Wilson as Biff Tannen in Back to the Future might be more iconic ’80s bad guys, but Baldwin as Davis McDonald deserves respect. Also, that three-piece he rocks in the wedding scene? Good luck trying to pull that off.

Same year as She’s Having a Baby, Baldwin goes from total asshole to chill New England guy in this classic. While the film might be known for Michael Keaton’s black-and-white striped suit or everything Catherine O’Hara and Winona Ryder wear, Adam Maitland gets to go through all of eternity in a pretty cozy ensemble. Black-and-white checkered flannel, red T-shirt under, a pair of khakis and glasses we’re surprised Warby Parker hasn’t copied and named “Maitlands.”

Turtlenecks are back. Baldwin, in one of the better portrayals of Jack Ryan, knew that nearly 30 years ago.

Talk about a damn power suit. All the down-and-out salesmen in the 1990 adaptation of David Mamet’s Pulitzer-winning play look, well, down-and-out. Meanwhile, Baldwin rolls in with his French cuffs and slicked-back hair, dangling his brass balls in front of everybody (yeah, literally). It’s the epitome of the rich jerk that you secretly want to be just like.

Yes, there is a lag in iconic Baldwin character for about 20 years there, but the guy came back in the aughts and showed the world that he hit middle age better than most of us could ever hope for. It’s all suits and the occasional perfectly fitting tuxedo for Jack Donaghy.