Single-use plastic is no longer cool. Maybe it never was, but to be caught sipping from a plastic water bottle in 2020, even if purchased in a dire moment of thirst, signals to others a disregard for the environment and climate change — you might as well say, “Fuck the turtles.” Within the past few years, reusable water bottles have become ubiquitous if not downright trendy. Whether purchased out of a commitment to sustainability or swayed by the likes of VSCO girls and their always present Hydro Flasks, reusable water bottles are an accessory, your specific choice signaling to others something about you.

And now, designers and brands are carving out a market for absurdly expensive iterations and even accessories to the accessory, like a holder just for the bottle. It sounds laughable, but many fashion powerhouses, from Chanel to Prada, now offer their own reusable bottles. Keeping true to form (and luxury price points) the bottles differ little in price from more substantial accessories like a handbag. And yet people are buying them, which begs the question: why?

There has always been a hierarchy of reusable water bottles. Attending high school from 2012 to 2015, I was witness to the changing trends in bottles among teenagers: few carried them around freshman year, then sophomore and junior years saw the proliferation of the Nalgene bottle (favored especially by the cross-country team) with senior year introducing the Hydro Flask, carried by a select but important few i.e., the popular kids. With the brand relatively new to most of us (this was before VSCO girls went mainstream), we marveled at the colorful bottles and watched as they accumulated stickers. Just as Longchamp Pliage bags and Nike Air Max 90s were co-opted by those with high social ranking, the water bottle became yet another accessory for those at the top of the food chain (both socially and economically) to distinguish and distance themselves from others.

While Hydro Flasks have now grown relatively common recently, they still signify a particular something or someone, as do other brands. There are already fairly expensive water bottles on the market who names bear their own associations. Recently, there’s the LARQ Bottle, the world’s first self-cleaning water bottle for the price of $95 to $118. There are bottles with gems and crystals inside, meant to infuse each sip with their special properties. Depending on one’s wants or concerns, there’s more than likely a bottle that caters to them, in turn revealing something about the person to others, whether one is aware of it or not. Just as handbags or watches or shoes can communicate style or wealth, now so can reusable water bottles. So what does a $5,000 Chanel water bottle say?

Brands and designers pushing these high-end bottles can claim they’re championing sustainability, and if people buy and use the bottles as an alternative to plastic, they are helping in some small way. But considering the fashion industry’s negative impact on the environment, an industry responsible for 20 to 35 percent of microplastics in the ocean according to the French Ministry of Ecology, a reusable water bottle from a luxury fashion house feels like a futile, superficial solution to a much larger problem, if not glaringly hypocritical. Their effort at sustainability, which should cross socioeconomic boundaries, only serves to turn it into one of aesthetics. It then becomes another instance of those who have and those who don’t, further alienating people even when it comes to something as universal as drinking water.

Then again, people are impressionable, swayed by the influence of the arbiters’ style. If one is compelled enough to purchase a nearly $300 bottle by Loewe, whether it’s because of the name attached or they envision it as an accessory to a series of outfits, that’s their prerogative. Even if others balk at the thought, it’s yet another person forgoing plastic for the better, sustainable option, just in a manner that’s slightly more ostentatious. So if a bottle emblazoned with Prada is what convinces someone to convert to a reusable option, even if for purely aesthetic purposes, who are we to complain? After all, just think of the turtles. 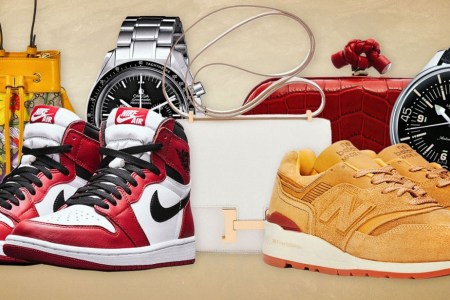 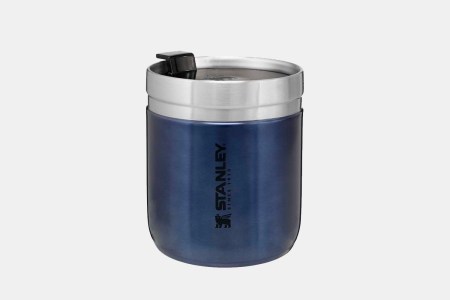 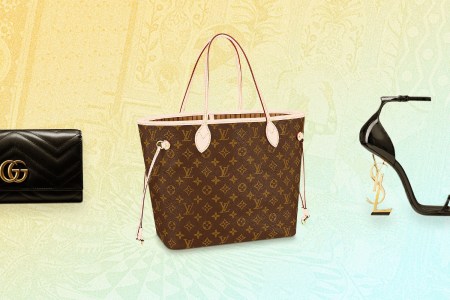