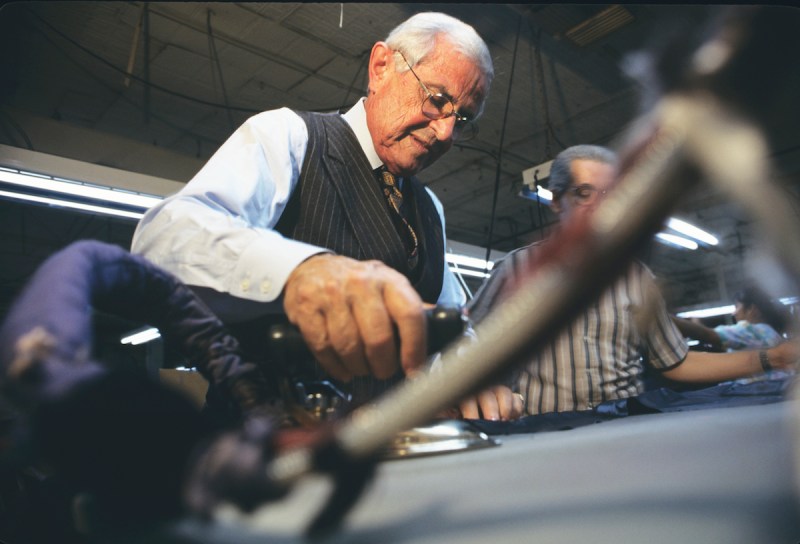 Few people embody the notion of America being the land of opportunity more than Martin Greenfield. He muses, “My life was a sad life before I came to America.” Born Maxmilian Grunfeld in what was then Czechoslovakia in 1928, he and his family wound up being taken to Auschwitz. Only Martin made it out. (He was there a year and two months, and it was where he learned to be a tailor.) 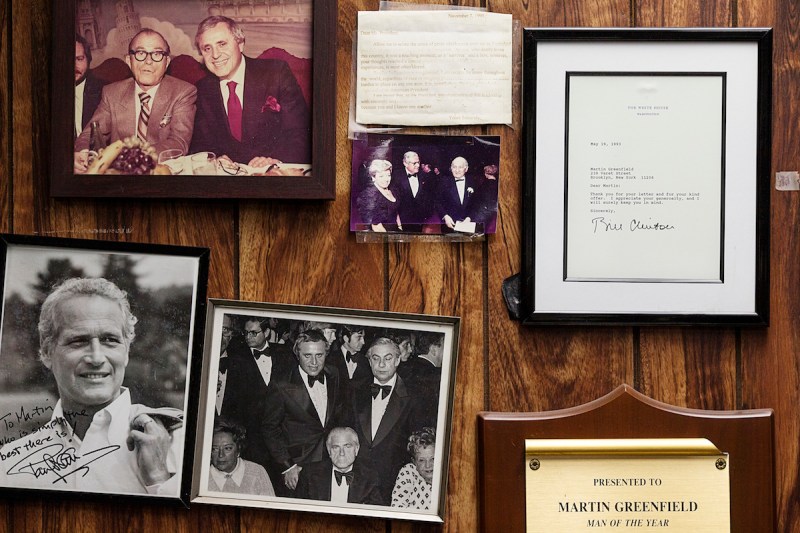 The walls of Martin Greenfield’s Brooklyn office are lined with photos and letters from past and current high profile clientele. Note the letter on the right from Bill Clinton. (Joseph Victor Stefanchik for The Washington Post via Getty Images)
The Washington Post/Getty Images

Greenfield came to America on September 18, 1947. Having been liberated by Dwight Eisenhower, he made the president a three-piece suit as a show of gratitude. (He notes that Ike only wore three-pieces from then on.) He tailored two more presidents, Bill Clinton and Barack Obama, as well as Colin Powell. His clients have included everyone from Cardinal Egan and NBA Hall of Famer Patrick Ewing to Michael Bloomberg, with Bloomberg noting, “He does simply outstanding work.”

Now 88, Greenfield continues to practice his craft: “I have one job: making the best clothing in the world.”

To get Greenfield’s clothing for yourself, click here. To see more of his life and craft, watch the video below.