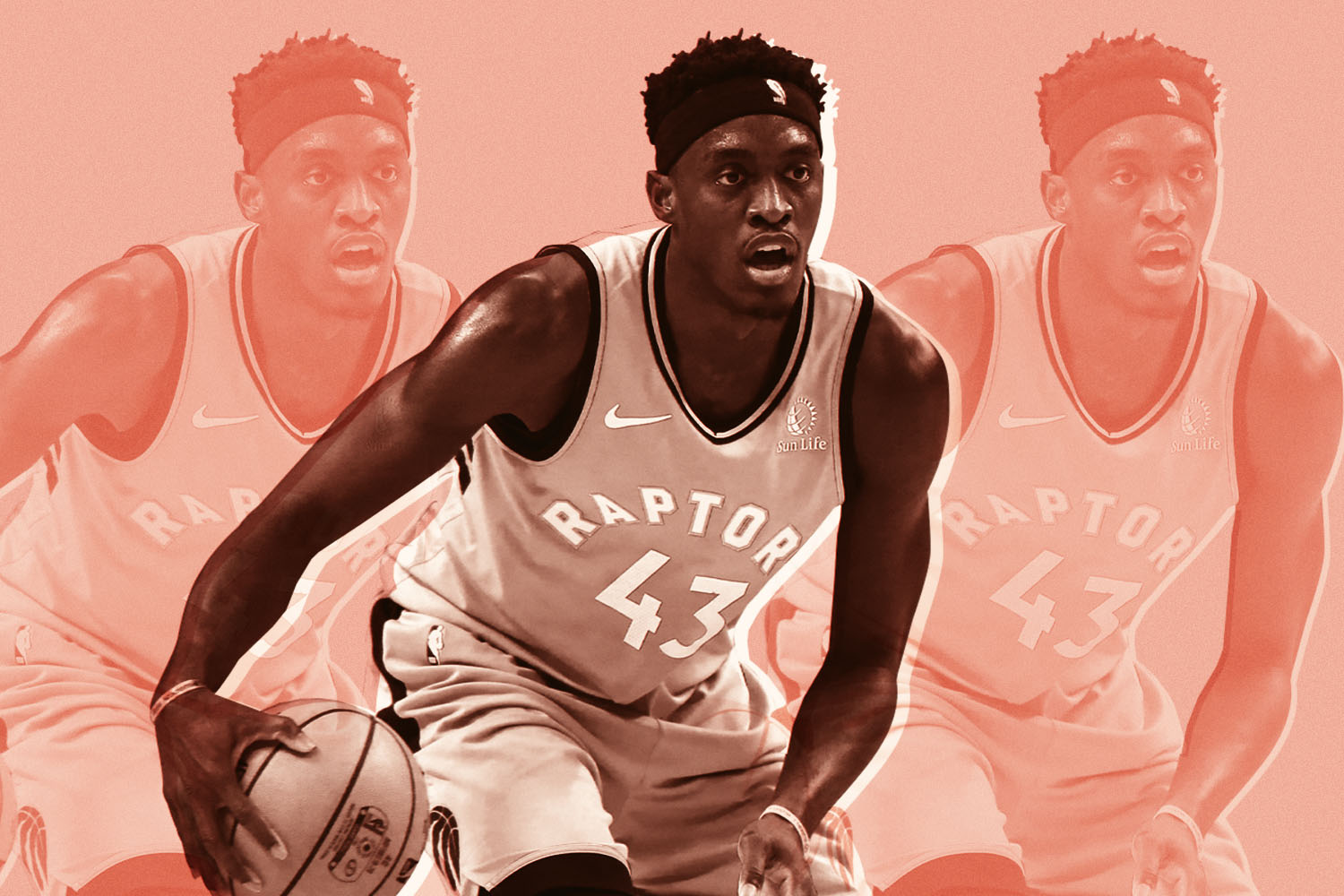 Pascal Siakam's rise is a big reason why the Raptors have stayed in the hunt.
Vaughn Ridley/Getty Images
By Rafael Canton / February 24, 2020 9:23 am

It wasn’t supposed to be this way for the defending champs.

After Kawhi Leonard chose to take his talents to Los Angeles, the Toronto Raptors were left to the treadmill of mediocrity. Projected to be a lower seed — if, in fact, they made the playoffs at all — expectations were low, with the franchise expected to sell off its veteran pieces at the trade deadline. There wasn’t much hope beyond a possible first-round series win.

Losing Leonard was painful, and the departure of starting shooting guard Danny Green to the Los Angeles Lakers was a major loss as well. Over the salary cap, the Raptors had no way of acquiring players to replace the abilities of Leonard and Green. Of all of Toronto’s 2019 off-season signings, only Rondae Hollis-Jefferson has seen regular minutes in the rotation. But after all of the talk about how the Raptors were ready for a rebuild, they’ve added at least a few seconds to the self-destruct button.

Currently sitting at 42-15, the Raptors are second in the East behind the Milwaukee Bucks. The Raptors have found their groove recently, winning 15 consecutive games before a loss to the Brooklyn Nets just ahead of the All-Star break. Four of their five starters have missed at least 10 games this season, but they’ve stayed the course, winning games with fringe bench players filling in. And just as they did last year, the Raptors have relied on an aggressive lockdown defense to thrust themselves into title contention.

Related: Can the Milwaukee Bucks Become the Best Team of the New Millennium?

Toronto has the second best defense in the NBA, and part of that is due to a willingness to experiment. Head coach Nick Nurse isn’t afraid to test any concept. Man-to-man, zone, box-and-one, triangle-and-two — if you can dream it, the Raptors can play it. Last year in the NBA Finals, the Raptors went to a box-and-one defense to guard Stephen Curry at times, and it was very successful. Toronto has kept opposing offenses on their heels with similar tactics this year, understanding that versatility and flexibility are the best assets on their roster.

The Raptors have the same core minus Leonard and Green and it has felt as if nothing has changed. At the same point last year, the team was 41-16 — a game worse than they are now. At the center of it all is All-Star power forward Pascal Siakam, who has evolved into a star that no one could have projected. He leads the team in scoring (23.7 points) while rating second in rebounds and fourth in assists. A Swiss army knife of a player, Siakam has been able to succeed on offense with an improved perimeter shot and slippery post-up game to complement his signature off-the-bounce forays to the rim.

Elsewhere, veteran point guard Kyle Lowry is still a human bowling ball, ramming himself into players looking to draw contact on both offense and defense. At 33, Lowry has his highest scoring average in three seasons, and staved off all of the young bucks at the guard position to make his sixth All-Star team. And 30-year-old Serge Ibaka has rediscovered his three-point shot to post the best offensive season of his career, all while putting his teammates to shame with a hall-of-fame scarf game.

The Raptors have gotten contributions throughout the roster. Marc Gasol has missed 22 games due to injury, but he’s still played well, shooting 40.3 percent from three. Former first round pick OG Anunoby has been solid as the team’s fifth starter.

But it’s the depth of Toronto’s roster that allows them to snatch up so many extra wins. The Raptors have found unheralded draftees and transformed them into legitimate NBA rotation players. Toronto has only drafted once in the lottery in the past five seasons, but has managed to add key rotation players late in the first round and beyond. Taken 26th in the 2016 NBA Draft, Siakam seemingly came from nowhere. Norm Powell is having a career year after being taken 46th overall in 2015.

And outside of the draft, the Raptors also seem to find better talent than anyone. Fred VanVleet, undrafted out of Wichita State, has become one of the better off-ball guards in the NBA. A diminutive 6’1”, VanVleet doesn’t wow with athleticism or speed, but his change of gears and stop-and-start craftiness help him create separation against any defender.

Formerly a Sixth Man of the Year candidate, VanVleet has become a starter and elevated his game with career-highs of 17.7 points and 6.7 assists. In a free agent market lacking depth, expect him to get duly rewarded for those feats come summer.

Another undrafted player — rookie Terence Davis — is the only regular rotation player who’s been healthy all season. He’s become a key rotation player, shooting 42.1 percent from three while putting together a strong defensive campaign on the wing. Out of all of Toronto’s regular rotation players, Davis has the best net rating (plus-12.5 points per 100 possessions). A superior athlete, it’s still a shock that no team selected Davis in this past year’s draft.

The Raptors status as an upper-echelon NBA team is a credit to great coaching, scouting and the winning culture that president of basketball Masai Ujiri has been able to build. Toronto made a major gamble trading All-Star DeMar DeRozan and young center Jakob Poeltl to the San Antonio Spurs for one season of Leonard and Green, and the bet paid off with an NBA championship. One of the most telling signs of Toronto’s dominance was their record last year when Leonard was out due to load management: a sterling 17-5 .

Ujiri’s built an infrastructure where player development, utilization of the team’s G-League system and a next-man-up mentality stand out. Still, the core will decide how far the franchise goes. The Raptors will be a tough out in the playoffs, with their collection of talent and championship mettle transforming them from a nice story into a legitimate title contender.