Dakar Champ AJ Jones Is a Racecar Driver, Not a Social Media Influencer

For the 26-year-old, the actual driving is the easiest part of being a professional

In the Arizona desert at noon on a midsummer day, it’s hot in the shade. The oppressiveness of the heat, especially when there’s some movement across the landscape, is matched by the omnipresence of the dust. Fortunately for professional racecar driver AJ Jones, the Grand Canyon State native who took first place by less than three minutes at the 2022 Dakar Rally in Saudi Arabia behind the wheel of a Can-Am Maverick X3 Turbo RR, is used to handling the conditions.

A former college lacrosse player (middie was his position) who got into racing when his career was cut short due to injury, Jones saw his star ascend quickly, and he finished eighth in his first attempt at winning Dakar in 2020 before coming second in 2021 — an even tougher loss considering he was leading for four days heading into the finish. The 26-year-old was loath to repeat this performance in 2022 — and he didn’t. Jones is now a champion despite also being somewhat of a beginner at professional driving.

“Off-road driving went from being a hobby to being work. I’m really, really lucky to be able to do this, but there are some cons to driving being a job instead of a hobby. But I think that the pros outweigh the cons,” Jones tells InsideHook during a break between practice runs in Arizona. “I’ve only been doing this professionally for a couple of years, so I’m learning stuff every day. How the industry works and how to succeed in it. I thought it was one way and it’s kind of another way.”

For Jones, who is engaged to his fiancée Annelise, racing has actually been the easiest part of the job thus far.

“The actual racing part is really just what gets you in the door. There’s always room for improvement, but I’ve got that as dialed as I can at the moment,” he says. “To be a professional, it’s more about content and social media because that’s all sponsors want and I really struggle with that. I think of myself as a racecar driver, not a social media influencer. But to be a professional driver, you have to be both. That’s been tough for me. I’m not a TikTok dancer, I’m a racer. I can do both, but I feel like I’m already too old for that and I’m 26.”

Far easier for Jones has been finding his comfort zone behind the wheel of his personal Can-Am, a model that isn’t all that different from the custom vehicle he used to win in the Saudi desert, in the Arizona backcountry. When Jones goes fast, the world slows down — and not just when he’s driving.

“Before I started rally racing, I was just full gas, Crazy as hell. But now I’m super chill. Annelise has really noticed it. I’m really patient,” Jones, who has to wear special gear including fireproof underwear when racing in the desert, says. “See an issue, get through an issue and just figure it. The things I’ve learned from rally racing and Dakar and having to deal with all the bullshit out there, I’ve applied to every aspect of my life for sure. When you’re out there in the middle of the desert and time is ticking, you don’t really have time to freak out. Everything is so intense in the car, I don’t need any more intensity in my life. I get all that out racing 100 miles per hour through sketchy terrain so I don’t really have any more left in me.”

The irony of his participation in a sport that involves so much speed and danger helping to calm him down is not lost on Jones (“It’s a trip,” he says), nor is the realization that patience is a virtue —  especially in rally racing. One of the reasons for that is drivers and navigators in races like Dakar are fully responsible for getting their vehicle from the start and finish of each stage, as well as to the beginning of the next one without any outside assistance. That means any repairs that are required have to be done on the fly and any tools needed to make them must be on hand.

“With any offroad race, you gotta make the car live without pushing too hard,” Jones says. “You could be winning the entire race, but if you’re driving too fast to the point where your car breaks, you’re probably gonna finish last because now you have to get out and fix your car. It’s a big tussle on whether you wanna be safe and try to get to the finish or if you wanna haul ass and try to win the stage. You gotta find that sweet spot right between and go from there. Day after day after day after day, it’s gnarly. You gotta be locked in mentally as well as physically. It’s hard.”

Jones Adopting a more patient mindset was already gradually creeping into Jones’s mind before he decided to make it a permanent fixture following a particularly painful loss. “I was in second place on the ninth day of a 10-day race and I crashed. That basically took us out of contention for everything,” he says. “Looking back, I think that’s when I started to realize I needed to chill out a little bit.”

Chilling out just a little bit has gone a long way for Jones.

“It’s not a secret, but I’ve learned rally racing is a huge patience game,” he says. “I don’t need to go out and get first every single day. It’s really chill to get fifth, fourth or third every single day and just stay right there and let everything else crumble around you. It’s a really fine line. You don’t want to be too patient because then you’re gonna get yourself into a hole you can’t get out of if nobody makes a big huge mistake. You want to stay close enough that if you need to push and drive 100% and be crazy, you can. It’s really all about consistency and patience. Once I figured that out and my navigator hammered it home, everything started clicking. We started winning races and won the world championship.”

It may not be a secret weapon, but patience will once again be a tool for Jones when he returns to Saudi Arabia to compete in Dakar as the reigning champ. However, that doesn’t mean Jones, who fully intends on defending his title (“If I could win another one, that would be amazing. but really I would be happy if I could podium,” he says), won’t have at least one trick up his sleeve upon his reappearance in the desert.

“The food at rally races, unless you’re somewhere fantastic, is generally not the best. It’s pretty much some mystery meat with a little bit of mush,” Jones says. “Ricky Brabec, a Honda rider, taught me to bring tons of bottles of Cholula and Tabasco and just drown all of your food with hot sauce. The sauce is basically all you can taste and you’re getting the food inside you that you need. It works out. I’ll just kill three bottles of Cholula over a 12-day race. You crap fire for 14 days. But at the same time, I mean, it’s worth it.” 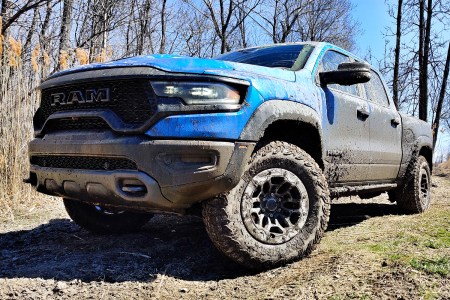 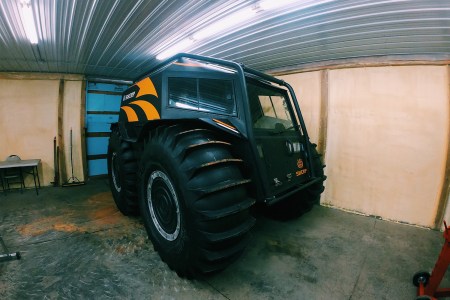