Despite his macho looks, The Boss has long subverted our expectations for male rock stars

There’s something that happens to a lot of men once they hit a certain age and start to feel mortality breathing down their necks: they soften up a bit. The I love yous come a little easier, the hugs are tighter and more frequent, the tears flow more freely as the realization that they’re living on borrowed time and every moment is precious starts to set in.

That is absolutely the case on Letter to You, Bruce Springsteen’s new album and accompanying documentary out today which sees the Boss, now in his 70s, waxing poetic on death and paying tribute to late friends and bandmates like Clarence Clemons, Danny Federici and George Theiss. The film looks bleak at times — shot in black-and-white, against a snowy New Jersey landscape, with plenty of cuts to footage from 50 years ago to remind us that while Springsteen looks great for his age, he has, in fact, aged — but there’s an undeniable warmth running through it, whether he’s laughing with the E Street Band in between takes or raising a shot glass in a toast after wrapping “I’ll See You in My Dreams.” The track is an emotional gut-punch, one that reminds us how the dead stay with us after they’re gone; perhaps that’s why Springsteen doesn’t mince words after recording it: “I love you all beyond words,” he tells his bandmates, clinking glasses with each one of them. “Beyond words.”

But that emotional honesty and tenderness towards those closest to him are hardly new developments for Springsteen. They’ve certainly come to the forefront a little more as he’s gotten older and started to look backwards — with Letter to You, with 2018’s Springsteen on Broadway and with his 2016 autobiography Born to Run — but even when he was young and virile, an icon of All-American, salt-of-the-earth masculinity (whatever that means), he’s done his best to fight against the more toxic interpretations of his persona.

It’s astounding how, so many years later, some men who claim to be Springsteen fans have so gravely misinterpreted him. “Born in the USA” is the obvious example, embraced by the right as a flag-waving anthem (most recently by the Trump campaign) when it is in fact a searing criticism of war, poverty and the way our country abandons its veterans. Chris Christie, whose beliefs are polar opposite of Springsteen’s, claims to be a superfan. But it’s not just his political views that get overlooked or twisted; there’s a very specific type of macho guy who has somehow missed the point who loves to yell “Bruuuuuuuuuuce” and latches onto the Boss because he sings about cars and girls and looks the part.

Earlier this week, a tweet by conservative pundit John Cardillo with a picture of Joe Biden kissing his son Hunter on the cheek went viral. “Does this look like an appropriate father/son interaction to you?” he asked. The answer was a resounding yes, and after being dunked on for his antiquated belief that a father showing affection for his son is somehow wrong or gross (as well as his unintentional revelation that his dad didn’t love him), Cardillo became a meme. Eventually, in the wake of all this, photos of Springsteen kissing or otherwise being affectionate onstage with Clemons recirculated on the social media platform — an apt reminder that he has never been shy about physically displaying his love for his dear friend. That L word can also be tough for some men to say to their platonic male friends, but Springsteen has always spoken openly about his love for Clemons, talking about it as a deep soul connection and even incorporating their friendship’s origin story into his live performances.

“Something happened when we stood side by side, some energy, some unspoken story,” Springsteen said during his 1999 Rock and Roll Hall of Fame induction speech. “For 15 years, Clarence has been a source of myth and light and enormous strength for me onstage. He has filled my heart so many nights, and I love it when he wraps me in those arms at the end of the night. I wanna thank you, Big Man. I love you so much.”

It should not be considered groundbreaking for a man to talk about how he loves hugging his friend, and yet there are so many men like Cardillo who clearly grew up with some cold, toxic example of masculinity and still need to hear it. And of course, as any fan who has read his autobiography or even simply paid attention to the lyrics on tracks like “Independence Day” knows, Springsteen had a fraught relationship with his own distant father.

In his book, he recalls an incident from 1967 when he was involved in a serious motorcycle accident and his father took advantage of the fact he was immobilized to call a barber and give his long-haired teenage son a haircut against his will. And yet, in a 2016 interview with NPR, he admitted that he eventually modeled his ultra-butch image as an artist after his dad. “That I think plenty of folks, if you just looked at the outside, it’s pretty alpha-male, which is a little ironic, because that was personally never exactly really me,” he said. “I think I created my particular stage persona out of my dad’s life and perhaps I even built it to suit him to some degree.”

We all know about cycles of abuse, how sometimes hurt people grow up to hurt people themselves, but that’s why it’s so remarkable that Springsteen broke the chain and grew up to be vulnerable in ways men are often discouraged from. He has spoken candidly about his struggle with depression and being in therapy in countless interviews. From an outsider’s perspective, at least, he’s got a loving family — including a wife, Patti Scialfa, whose praises he is constantly and unabashedly singing, treating her as his equal partner and, in those moments when his mental illness gets especially bad, his savior. (“Patti will observe a freight train bearing down, loaded with nitroglycerin and running quickly out of track … she gets me to the doctors and says: ‘This man needs a pill,’” he wrote in Born to Run.) And of course, there’s half a century of music — much of it heartbreakingly sad, all of it written with an earnestness and sensitivity that flies directly in the face of whatever wrongheaded “stiff upper lip” ideas about manhood his father tried to instill in him. 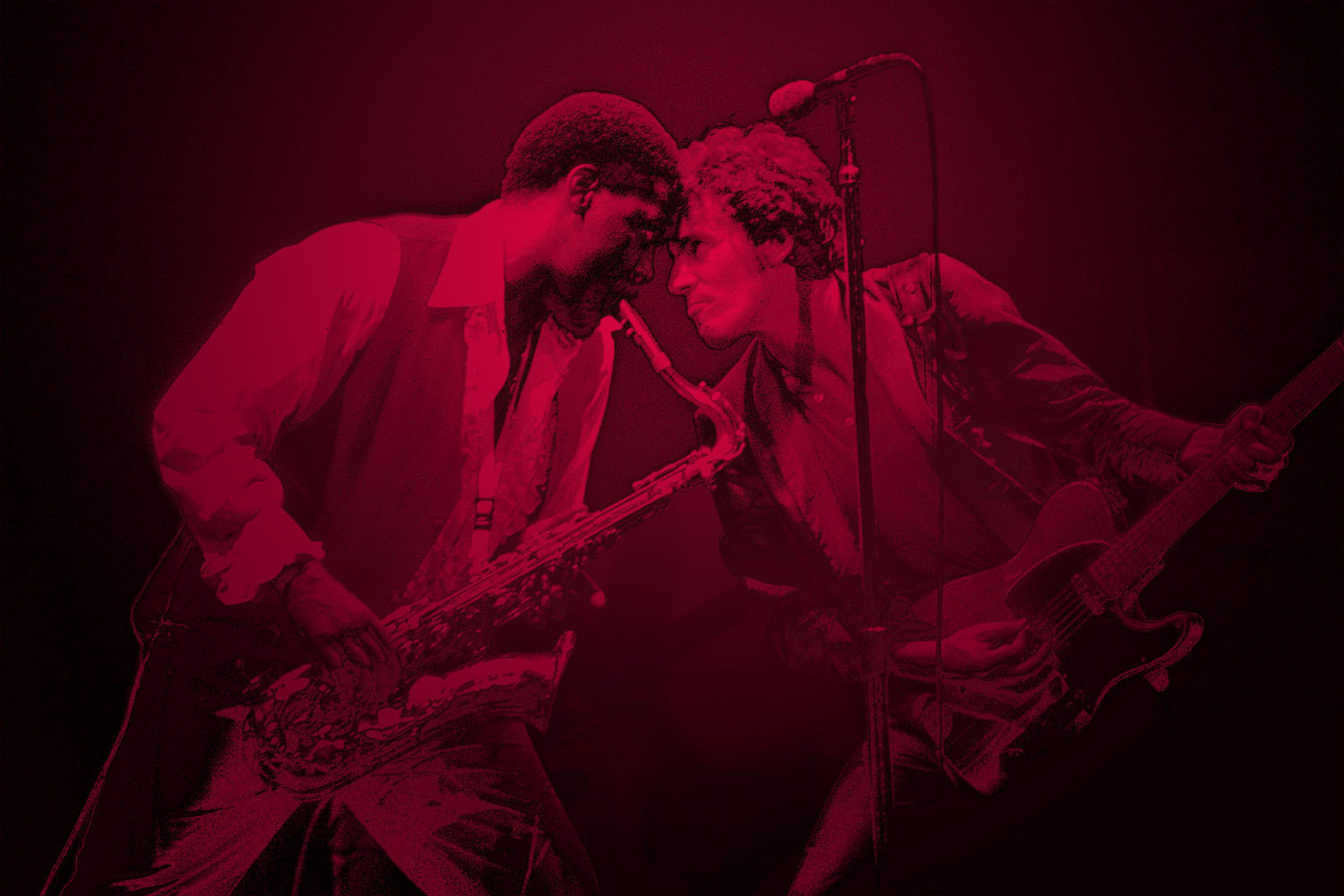 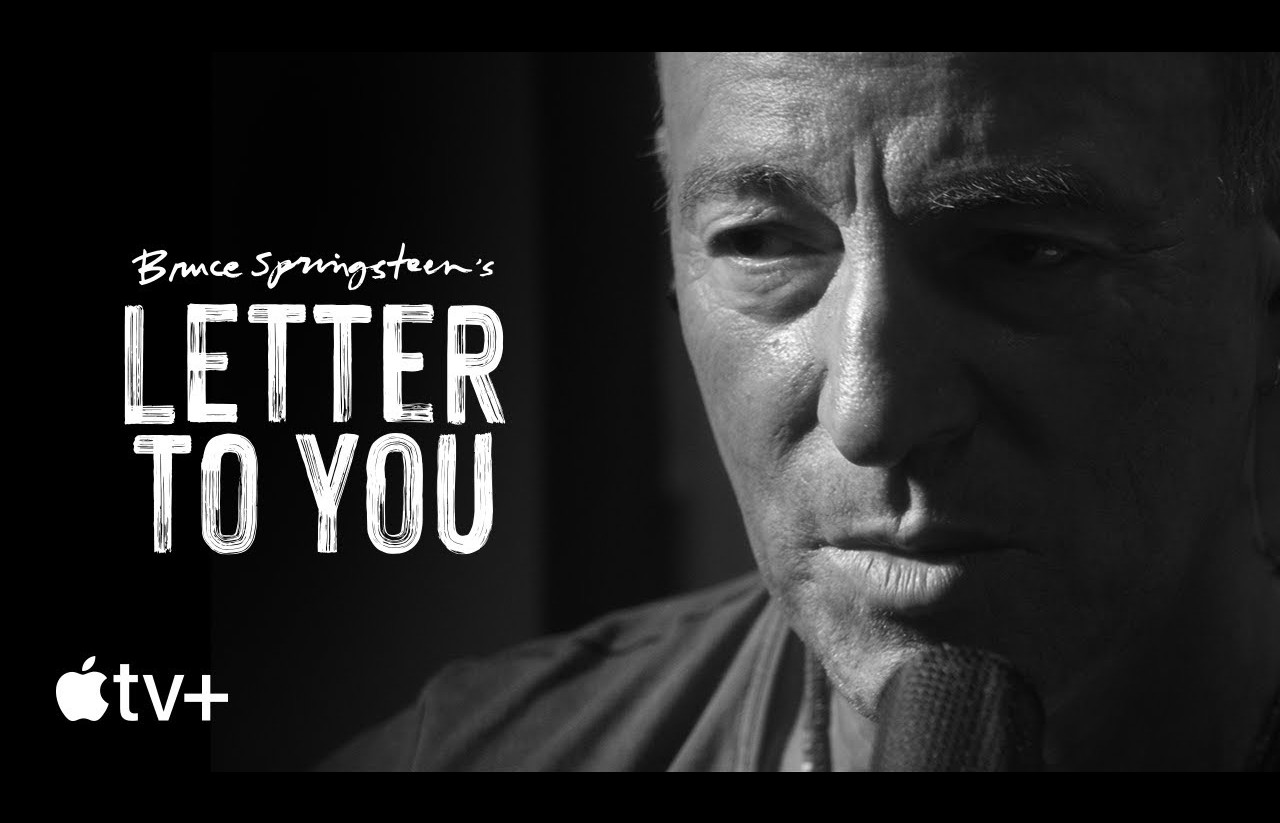 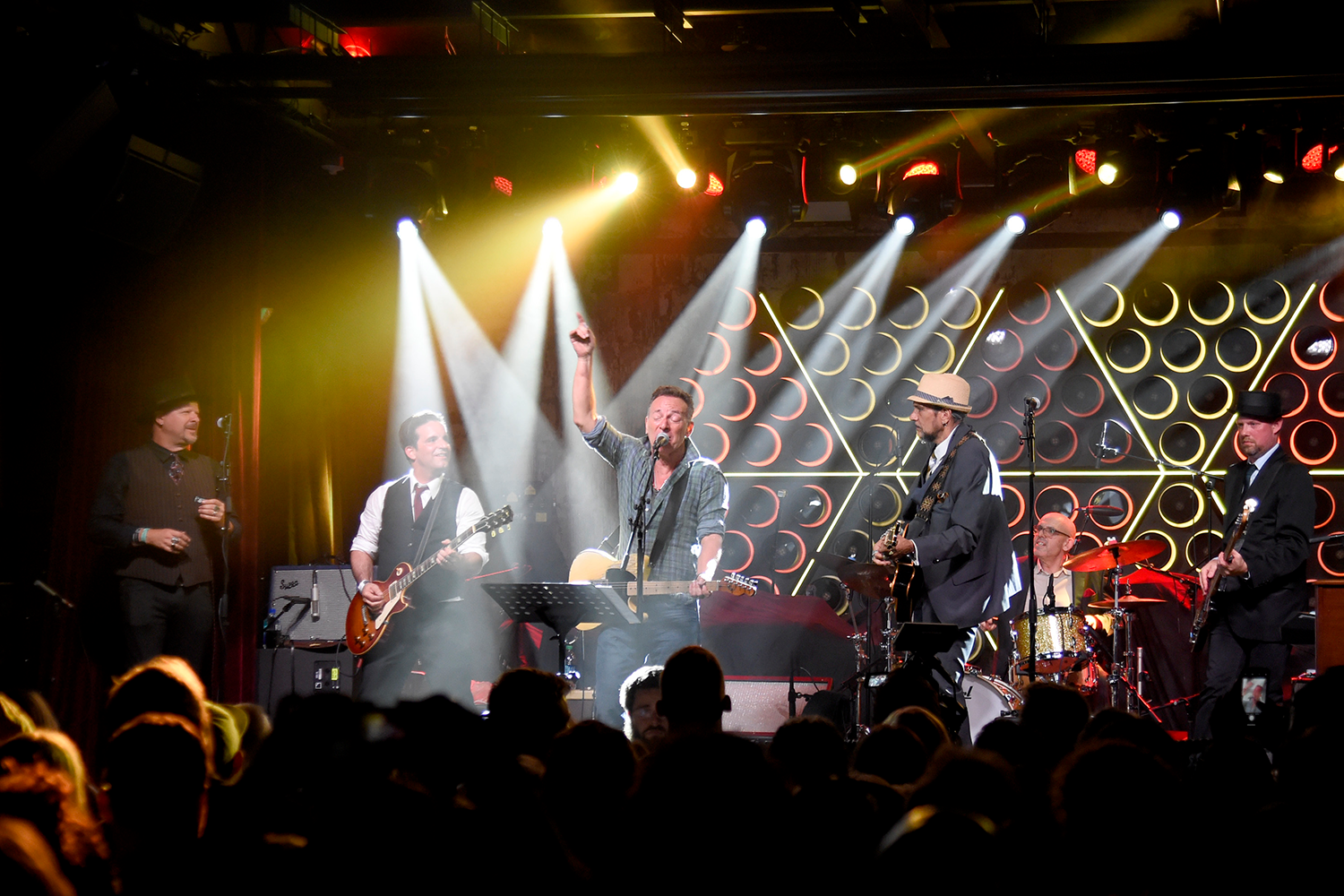 And while there are still some fans who maybe haven’t been able to fully unlearn the misguided lessons they received as children about what it means to be a man, Bruce Springsteen offers them an excuse to take those first steps, to tap into their emotions, to smile and cry and talk about their feelings, because he outwardly fits their mold of what a cool guy should be.

“You’re young and you’re always in pursuit of your young manhood,” he explained to NPR. “You know, you’re trying to figure out, what does that mean? There’s a lot of pressure on young men to sort that out, and we tend to gravitate towards one-dimensional iconography as far as what it means to be a fully grown man. And part of my onstage creation was someone trying to sort that out. I think initially, our audiences were filled with young men. Our initial audience was a lot of young guys who you played a bit of a big-brother role for, and were trying to sort out a lot of the same things, right? As soon as Born To Run hit, you know. So, it was something that I worked pretty hard on.”

And thank god he’s still working hard: even those men who feel totally comfortable hugging and kissing their friends haven’t been able to for nearly eight months now. With no end to the pandemic in sight and hundreds of thousands dead, we’ve all been forced to think a lot harder about our own mortality these days, whether we’ve reached that soft, contemplative Springsteen age or not. Now more than ever it’s important to hold those who are important to us close. So man up, take a page from the Boss’s book and tell them you love them beyond words while you still can.