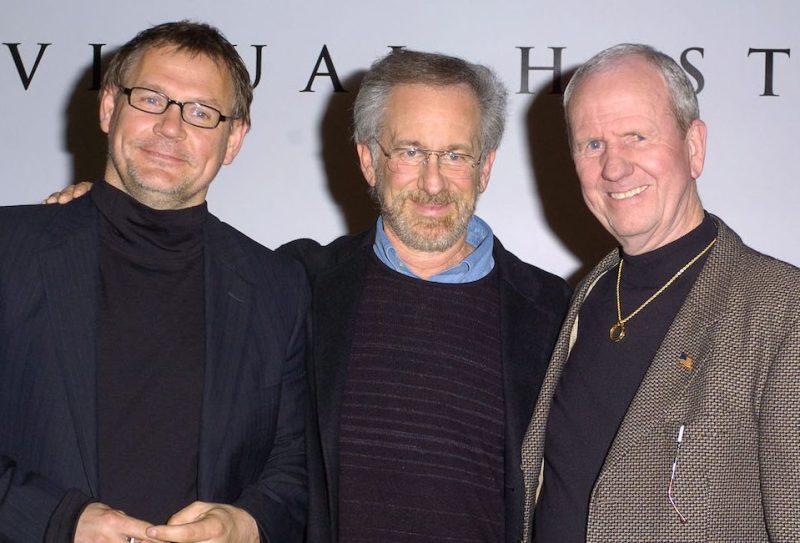 Conservatives say they’ve been cast as villains in Hollywood—even the ones that work in the film biz.

Producer Gerald Molen (pictured above on the right) won an Oscar for  Schindler’s List. (A film directed by the man in the center, who you just might find a bit more recognizable.) But Molen and his collaborator on that film couldn’t be more different off the set. Spielberg, like many in Hollywood, is a major backer of the Democrats. Molen, meanwhile, is a proud Republican. (His other credits include the anti-Barack Obama film 2016: Obama’s America.)

And those differences have spilled over into the industry since Donald Trump won the 2016 presidential election.

“It used to be we could have a conversation with two opposing points of view and it would be amiable,” Molen told the LA Times.  At the end, we still walked away and had lunch together.” Now? “The acrimony — it’s there. It’s front and center.”

And since Hollywood is one of the most left-leaning industries in the United States, many Trump supporters have made a point to hide their political views.

Screenwriter Andrew Klavan, who wrote the 1990 screenplay, A Shock to the System, told the newspaper that his political views “have absolutely harmed my career,” with producers telling his agent to drop him.

To get a full look at the current political tensions in Hollywood and how they’ve grown during the Trump administration, read the Los Angeles Times article here.