After a successful career in production, Patti Negri "came out of the broom closet" in 2008

If you’re an A-lister with a ghost at your new mansion in the Hollywood Hills, there’s one name on your to-consult list: Patti Negri.

Hollywood’s favorite psychic medium and “good witch,” Negri is the real deal when it comes to white magic. Think less beaded curtains and crystal balls (although there are a few of both), more lifting the veil between worlds to help people connect with loved ones no longer living, plus private séances for small groups around the dining table at her home in the hills above Franklin Avenue.

“Spirit is present everywhere — we have instinct and intuition, but in our modern world, so much of that has been taught out of us,” she says. “We are these powerful beings, but we’ve forgotten it along the way. More paranormal stuff is happening, but people don’t always understand it and they’re looking for answers — something outside themselves. My job is to help remind everyone that we are the magic!”

Over the years, Negri has worked with plenty of industry types and celebrities clearing mansions  and apartments around Los Angeles, performing rituals to shoo away negative energies (which can “gather like dust bunnies,” she says), or sometimes simply to help nudge spirits stuck between worlds. Many ask her to sign NDAs, but Negri can talk about getting a post-life Aaron Spelling (pleasant but irascible) to move on from his beloved Spelling Manor, and the time a cameraman burst into flames at Marilyn Manson’s house (he made a full recovery). During one séance, Negri says the spirit of a recently deceased young man provided the passcode (via spirit box) to family members, enabling them to unlock his iPhone and to access hundreds of photos that would have otherwise been lost.

So how did a classic California girl and teen Kodak model-turned-EMT become a full-time working witch in Hollywood? Negri, whose mother and grandmother were clairvoyant, says she’s seen spirits and held séances since the age of seven. After running a successful production company for decades, Negri officially “came out of the broom closet” on CMT show Mobile Home Disaster in 2008.

“At the time, reality TV was on the up, and somebody who knew my ability with mediumship and ability to lift the veil said, ‘Patti, you need to do this TV show.’ I wasn’t open to sharing that part of myself initially, and thinking the show would get buried, agreed to do it, but the work hasn’t stopped since.”

Fans of the paranormal might recognize her from numerous episodes of Travel Channel’s Ghost Adventures series or the paranormal investigations of YouTube’s TFIL — including their OVERNIGHT in HAUNTED BILTMORE HOTEL report, which includes a particularly active séance during a stay inside the iconic hotel’s Presidential Suite in Downtown Los Angeles. (It’s also where Elizabeth Short, aka the Black Dahlia, was last seen before her gruesome death in January 1947.)

Naturally capable of reading auras, connecting with spirits and channeling energy, Negri offers private sessions that are (for the moment) held over Zoom, although still infused with her insightful mix of life coaching-meets-magick and appearances by Belle, the Haunted Doll. With a forte for adjusting energy flow in people and places, she conducts in-person clearings and blessings for homes and businesses around Los Angeles, “shifting blockages and bringing in the good” (salt, sage and palo santo are your friends here). “I’m deeply connected to nature and have been practicing natural magic my entire life, so my style is very elemental, loving and upbeat,” she says. “It’s really about empowering people and providing perspective.”

Arranged around nature and rhythms of the universe, Negri says her blessing rituals and spells help people and places heal and create a sense of balance. “Everybody’s afraid of the unknown. Books, movies and TV always make magic, ghosts and the paranormal dark and scary, but things that people say are bad luck or negative — like black cats or walking under a ladder — are powerful and can be used for good­. A piece of broken mirror is the best protective thing you can put in your witch’s bottle!”

Negri adds that Ouija boards get a bad rap, but the reality is more nuanced: You don’t just let anyone into your house, so the same is true of a spirit board. Demons, she says, also get way too much credit: “99 percent of the time, it’s just a cranky-ass ghost.”

Here in L.A. — between spending time with her husband, her cat Larry and her dachshund Willow — Negri writes, studies, hosts a weekly podcast and dashes to meetings across town. Her renown often takes her further afield: as president of the American Federation of Certified Psychics and Mediums, Negri’s in high demand at paranormal conventions (“paracons”) across the country; next year, she’ll be in Ireland for a Game of Thrones tour and in Romania for the 125th anniversary of Bram Stoker’s Dracula.

Of course, she doesn’t need to travel far for rich, ghostly sites. From historic homes to grand hotels, Tinseltown is filled with hangouts where A-list ghosts and spirits are still said to linger. Below, Negri shares some of her favorite haunted places around Los Angeles.

The Sowden House: “As far as scary, my favorite is the Lloyd Wright-designed ‘Black Dahlia’ house in Los Feliz, which was once owned by Dr. George Hodel, a prime suspect in the Black Dahlia murder case. There’s a spirit holding these girls in there. It’s just got some dark, dark, dark energy.”

The Hollywood Roosevelt: “There are tragedies here, too, but The Roosevelt is one of my favorite, mostly happy ghost places. I got to spend a night in the Montgomery Clift room (#928), where he lived for three months in 1953 and met his attaché, who was friendly but very protective of him.”

Hollywood Athletic Club: “Back in the day, this was a hangout for everybody, from Johnny Weismuller (who played Tarzan) to Errol Flynn. They used it as an athletic club, but it was also a place for people to drink and party during Prohibition in the ’20s and ’30s, so it was their happy place, too.”

Hollywood Forever Cemetery: “This is another place I really like because, again, all the ghosts and spirits are so happy there. It’s been beautifully renovated — they show movies on the lawn and have concerts in the Masonic Lodge — it’s totally a place of life versus death.”

Patti Negri is available for blessings, rituals, séances and communicating with loved ones on the other side. She also hosts a weekly podcast, The Witching Hour, and runs occasional workshops on everything from mediumship classes and animal familiars to knot magic via houseofintuitionla.com. 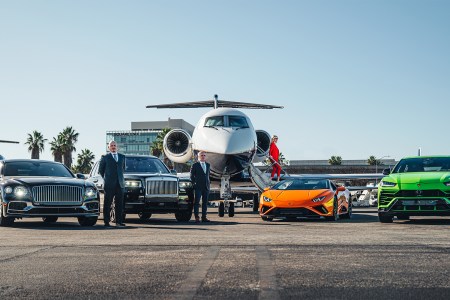 We Tried the Most Beloved Supercar Rental Agency in Beverly Hills 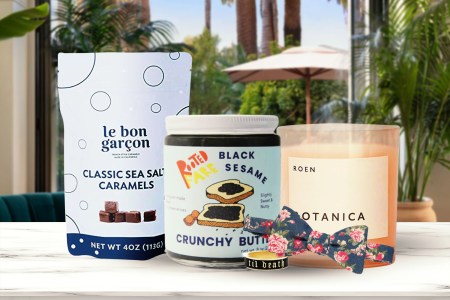