Stairs leading up Monks Mound at Cahokia, an ancient Native American city in ruins in Illinois (Digital Light Source/UIG via Getty Images)
By Will Levith 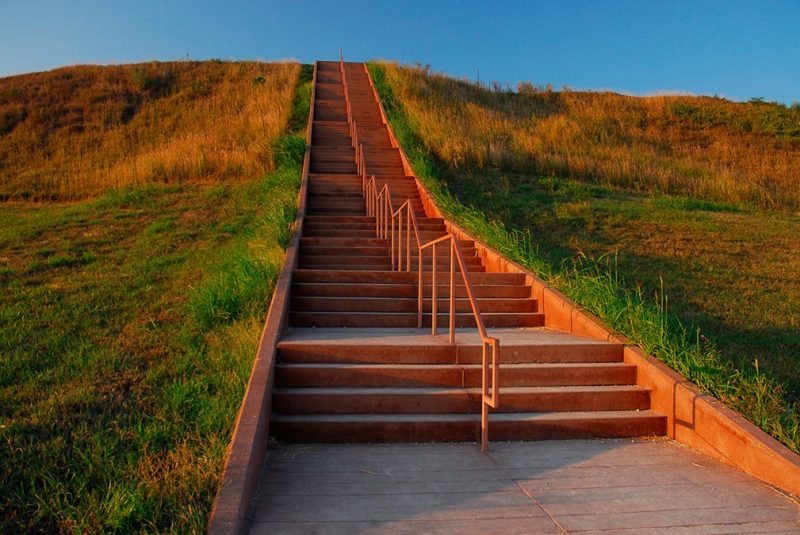 The next time you find yourself in the Roman Forum or at Machu Picchu, touring the ancient ruins to which countless international tourists have flocked over the years, ask yourself this: Can you even name a single ancient attraction in the United States?

You might be surprised that there are more than a few in the nation, including a particularly important site just across the Mississippi River from St. Louis, Missouri. The Cahokia Mounds (a.k.a. “City of the Sun”) is the site of the “most sophisticated prehistoric native civilization north of Mexico,” according to the State of Illinois. The 2,200-acre plot at one point was a bustling chiefdom society in the Mississippian period (800-1400), including 120 mounds and possibly 10,000–20,000 citizens. Its centerpiece is Monks Mound, “the largest prehistoric earthwork in the Americas,” per UNESCO, which named it a World Heritage site in 1982.

Small hamlets of wattle and daub houses were scattered over the fertile river plain around Cahokia. These were the homes of the farmers who supplied the city with food. In their fields, they grew maize, beans, and squash. They stored their surplus crops in pits dug in the ground outside their houses. (Brown Bear/Windmil Books/UIG via Getty Images)

How did modern society come upon it? Located in 1811, it was compared by its discoverer, Henry Brackenridge, to seeing the Egyptian pyramids for the first time (in a letter he wrote to Thomas Jefferson). Although it was preserved as a historic site in 1925 by the State of Illinois, by the 1960s, it had become the site of some modern “improvements.” “A major highway and railroad traverse the site, but both are minimally visible,” notes the UNESCO site. Just imagine if the modern Egyptians had bored a tunnel-road through the Great Pyramid of Giza. 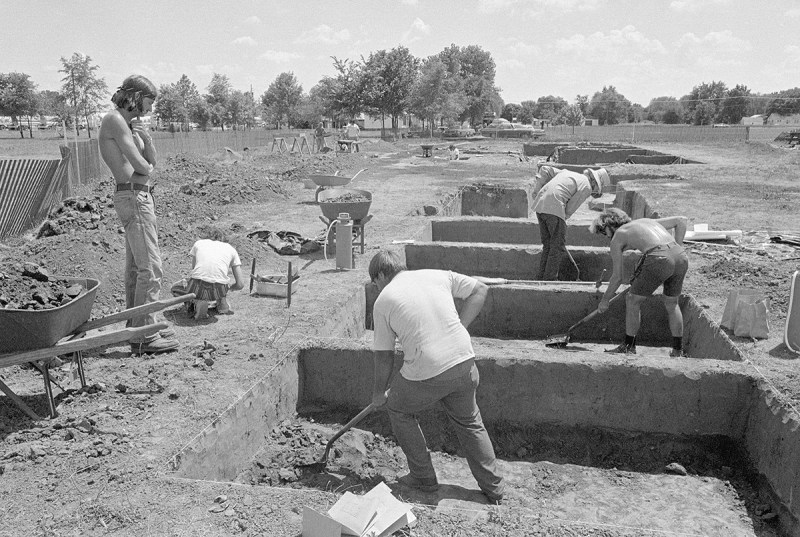 Regardless of aesthetics, Cahokia reels in about 250,000 visitors annually, and interest shows no sign of waning. (One indie musician even paid tribute to it in song.) For more on the Cahokia Mounds State Historic Site, click here. Watch a documentary on Cahokia below.