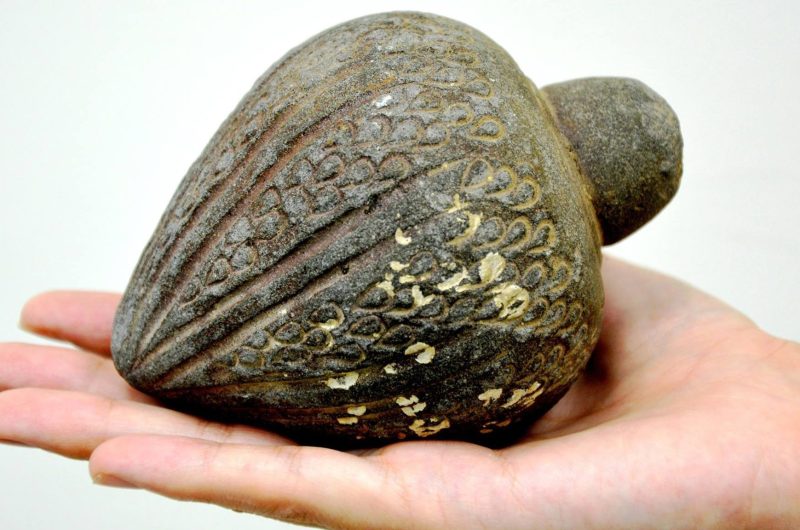 The Israel Antiquities Authority (IAA) recently received a 1,000-year-old engraved hand grenade, among other artifacts, from the estate of Marcel Mazliah, who was an employee at the Orot Rabin power station from the time of its founding. 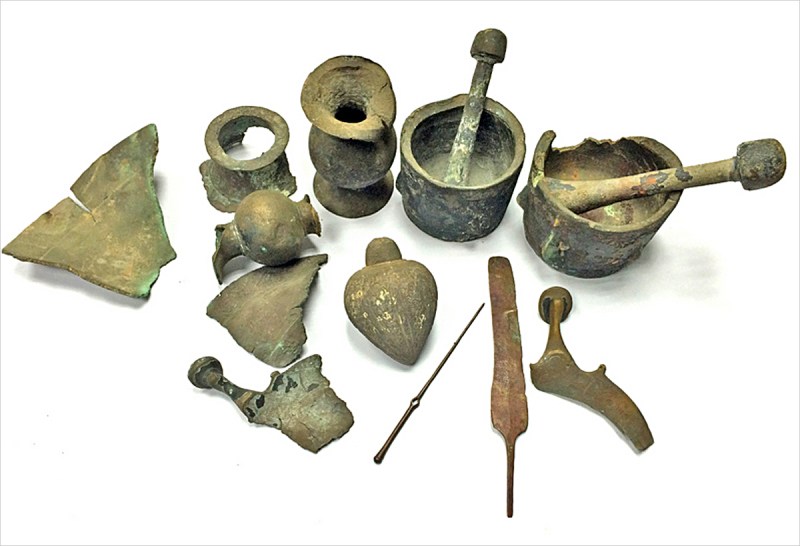 According to the IAA, after Mazliah’s death, his family contacted them about his collection of ancient artifacts—including the aforementioned grenade, a toggle pin, part of a Bronze Age knife, and a selection of ancient mortars, pestles, and candlesticks. Apparently, Maziliah had been finding and collecting these items since 1973 while working at the power station, located on Israel’s Mediterranean coast. Most of the relics were found in the sea, having been deposited there by shipwrecks. The hand grenade is actually quite recent compared to the knife and toggle pin, which are each over 3,500 years old.

The hand grenade was a commonly used weapon during the Crusader, Ayyubid, and Mamluk periods. That said, it was used to disperse flammable liquids instead of exploding, meaning Brick Tamland’s antics during the news team brawl in Anchorman were still not possible for many more generations.