Everything You Need to Know About Collecting President-Elect Donald Trump

(Mark Wilson/Getty Images)
By Will Levith 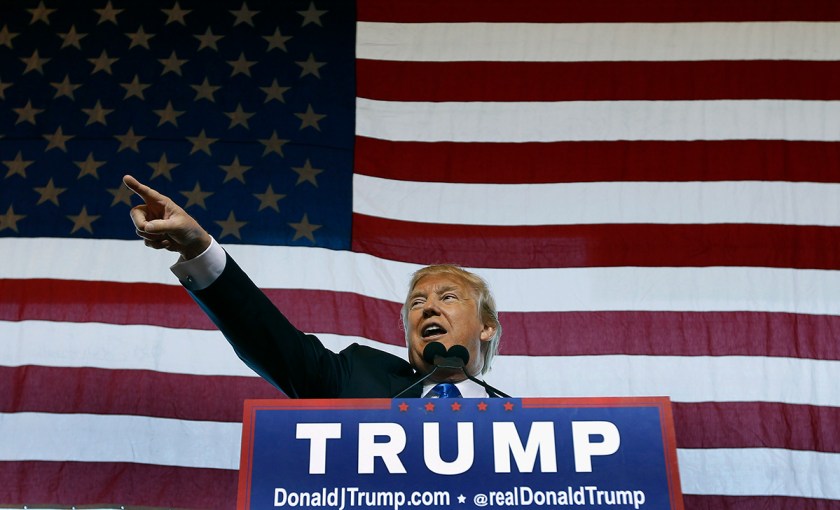 It’s been nearly a month since Donald Trump was elected president, besting Hillary Clinton to become the future 45th president of the United States. (He’ll be sworn in on January 20, 2017.) At 70, Trump will be the oldest president ever elected—and by far, the richest.

Since we know that you enjoy collecting (or are just interested in) presidential memorabilia, RealClearLife thought it would be cool to take the pulse of the President-elect Donald Trump memorabilia market. (After all, people have paid gobs of money in recent history for items by former presidents like Abraham Lincoln and John F. Kennedy.)

So we reached out to our friends at Lori Ferber Presidential Memorabilia in Scottsdale, Arizona, who deal in all things political, and grilled them about the burgeoning President Trump market. Here’s what co-owner Steve Ferber had to say:

What We Can Expect Prior to (and a Slightly Past) Trump’s Inauguration
“As is often the case right after elections and inaugurations, there is always a big blip interest in a new president (not as much when it’s a second term president). People should always be cautious of inflated prices around this time of the year. During the last two Barack Obama inaugurations, copies of daily newspapers on inauguration day were selling for $100 to $200 a piece. Three months later, the prices was $5. Enthusiasm only goes so far or so long.”

Do Trump Items Have Crossover Value? (i.e. He’s Not Only a President, But Also a Former TV Star)
“As is often true in presidential items, unique items from before the person became president are always of interest to collectors. For instance, posters and buttons from Barack Obama’s senate campaigns are often worth more than his presidential buttons. Simply because less were produced, and few people at the time thought to stash them away not knowing that he would one day become president.”

Concerning the Current Interest in Trump Items
“Right now, the market is primarily what we call “affinity buyers.” People who just love (or hate) Donald Trump and want something relating to the campaign. We’re also seeing a lot of people buying gag gifts for Christmas. People giving a Donald Trump bobblehead to their “friends,” who are Hillary Clinton supporters and vice-versa. Unlike most elections, where the president was a candidate in prior elections for senate, governor, or other positions, no such campaign items exist for Donald Trump. However, I would expect a rise in the value of items relating to his pre-campaign life. Perhaps signed copies of television scripts, dinner programs with his autograph on them, items with the Trump brand on it from hotels, buildings and other business ventures. Our most popular Donald Trump items by far have been buttons, posters, and bobbleheads. We can hardly keep the Donald Trump bobbleheads in stock; in fact, we’ve run out twice.”

Who Are the Most/Least Popular Presidents in the Collectibles World?
“JFK, Abraham Lincoln, and Ronald Reagan are still the most popular presidents with collectors. George W. Bush, Jimmy Carter, and Gerald Ford are the least popular.”

Trump Is Clearly More of a Twitter and Web Guy. Will That Help Drive Up His Physical Autograph/Paper Values?
“Autograph values are typically tied to three things; Are they authentic? Are they in demand? And are they scarce? We have seen an increase in people collecting digital copies of presidential items. For instance, copies of campaign commercials and even campaign emails. A lot of campaign items are now stored for eternity on the web in digital form in online libraries. They’re a lot easier to store, and it speaks to the minimalist approach of today’s youth. Of course, there’s nothing that will ever compare with holding a piece of history in your hands.”

What Will a Trump Signature Cost You?
“Rule of thumb when it comes to presidential autographs: As gruesome as it may sound, the dead presidents are worth more than the live ones. It’s a supply and demand issue. Presidents like Barack Obama, Bill Clinton, and Jimmy Carter are still alive and signing autographs so there is still a growing supply. Also, autographs with historical significance tend to be worth more than ones without. What I mean by that is, for example, a letter from Richard Nixon saying thank you for the kind wishes is worth substantially less than one in which he talks about Watergate. At this point, most Donald Trump items are merely autographs on hats and posters. Now, a signed script of The Apprentice might be interesting! Right now, we’ve seen people asking over $1,000 for a Trump signature that they obtained at a rally. A more realistic value in the months and years to come would probably be in the $200–$300 range.