What’s the Best Way to Exercise When You’re Hungover?

There isn't any science to "sweating it out," unfortunately

If your method of dealing with a hangover involves lying on your couch all day long, or making a Top Chef-worthy breakfast sandwich, or sitting cross-legged on the floor of a running shower while eating a cold pickle (pioneered by a nutjob friend of mine) you can skip the rest of this article. Allot your five minutes elsewhere.

There are a few of us, however, who feel a bizarre compulsion to exercise the day after a big night out. I’ll typically shoehorn in some sort of activity, for instance, even if I’m weathering a Mount Rushmore headache; and during certain occasions, I actually treat hungover exercise as a rite of passage. (Over wedding weekends, I pencil in a nonnegotiable four-mile run the morning of the event, in an attempt to flush out rehearsal dinner toxins. I wish I could say that other guests find this at all charming.)

By and large, there are three reasons people decide to exercise the day they’re nursing a hangover: they want to cure it, they want to continue some sort of fitness streak, or they just want to feel better about themselves. All fair. But science tells us that only the third reason holds any weight — and even then, exercising with any sort of intensity can prove self-defeating.

For starters: exercise is no hangover cure. “Sweat it out” is a common colloquialism, but it’s misrepresentative of how the body eliminates alcohol. You can’t go for a cycle and expect Casamigos droplets to spring from your forehead, like those old Gatorade commercials. Some of the alcohol is broken down into toxins that leave the body through your breath and sweat (which is why you might go around smelling like tequila the morning after), but the majority is expelled as urine.

Remember, alcohol is the ultimate diuretic. It leaves the body parched. The “cure” for a dehydrated body definitely isn’t an activity that’s going to further dehydrate the body — like exercise, or other forms of physical self-care, like visiting a sauna or steam — it’s drinking liters of water and replenishing your electrolytes. Many court a sort of “work hard, play hard” ritualism when grinding through a hangover workout, but ultimately, it’s a foolish play that pulls even more liquid away from organs that are already in short supply.

Our heads hurt as much as they do during a hangover because the brain prioritizes sending water to parts of the body that need it. The dura mater (thick connective tissue that encases the brain and spinal cord) shrinks as a result, which leaves you feeling like you get hit with a baseball bat. It always returns to normalcy at some point in the day, but it tends to reward your cooperation.

Clearly, that’s easier said than done for some of us. Hardcore trainees — runners, Peloton-owners, CrossFit types — are wont to champion a “no days off” mentality, in which working out as close to normally as possible (no matter how miserable the body may feel) is bandied as a badge of honor. There’s a logistical element to it, too. Obviously, adults are more likely to get after it Thursday through Saturday. But that doesn’t mean they should burn the mornings where they actually have time away from the laptop, and time to fit in a couple of the week’s hardest workouts. Why rest up all day, when they could crank a 30-minute Tabata ride?

The correct answer here would be avoiding a hangover in the first place, but that’s a tall order for most of society anyway, and especially for those who frequently exercise. According to a surprising report released late last year by The Copper Institute in Dallas, men with higher levels of cardiorespiratory fitness are more than twice as likely to drink a “moderate amount” of alcohol (up to 14 drinks per week) than their less fit peers. Why? There are a couple theories — fit people tend to be well-connected within fit communities (which often meet up for drinking activities), while scientifically both intense exercise and alcohol light up similar reward centers within the brain.

One through line appears to be a maximalist approach to one’s week. It’s the art of living life at one-thousand miles an hour, basically. There’s a sense that the alcohol-addled nights are the fun, and the exercise is there to A) make up for the fun and B) set up the next round of fun. But this mentality, aside from being downright exhausting, ignores that it’s nigh impossible to get an effective workout in when hungover.

Consider: alcohol ingestion inhibits protein synthesis, which is medical-speak for good luck putting on muscle after a big night out. The body just isn’t equipped to jumpstart those crucial processes. It would rather rest. A hangover isn’t just a stomachache or a headache; it’s a litany of symptoms, many of which branch off of a night of horrible sleep. When you sleep for five hours or less, your respiratory rate and resting heart rate are going to go up, and your blood oxygen and heart rate variability are going to go down, all of which will make it difficult to one-rep max the bench press the next day, or complete a worthwhile track workout.

That doesn’t mean the day is wasted, though. It just requires a reframing of what brand (and level) of activity ought to be on the table while you’re hungover. Because exercise can help you defeat a hangover — from a psychological/biochemical perspective. Day-afters don’t offer much in the way of happy hormones. “Hangxiety” really settles in once the endorphins of alcohol use have fled your system. But exercise is one of the best mood-boosters around.

You are almost guaranteed to feel better about yourself if you find a way to add movement to a hungover day. And you might learn a valuable training lesson along the way: it’s possible to exercise and rest the body at the same time. A dependable rest-day workouts can resemble a gentle stretching session, a 15-minute low-impact spin class, a one-mile jog around a local track, or even just a simple stroll around your neighborhood.

That might not sound like exercise to you, especially if you’re used to hard training, but c’mon, you have to pick your battles. Performance gains are made from progressive loading. How could you possibly add to a workout scheme on a day your body’s running on fumes? Save it for a day or two later, and find some level of repose and satisfaction in activities that do get you off the couch and amidst greenery, without making matters harder for your body or brain.

The ultimate keys in deciding what sort of hangover exercise works best for you is making sure you’re not going to drip sweat, or take on more than you can chew. That means no hot yoga for the former, and no heavy weightlifting for the latter. I’ve got some weddings coming up this year, and I’d still like to go for a run on the big day. But I’m no longer kidding myself. A jog around the hotel, however sweaty, can’t pull me out of misery. 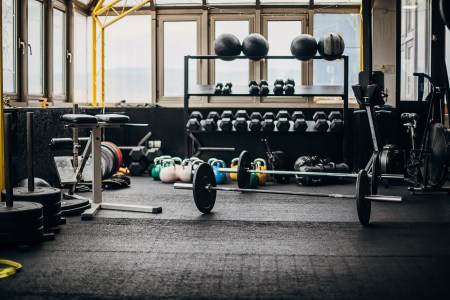 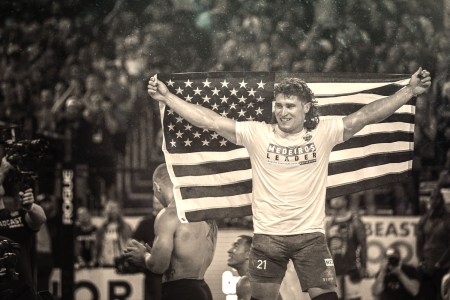