On the hunt for real-life erotica, the host of Toronto's sexiest podcast opens up.

Erin Pim of the The Bed Post Podcast. (Photo by Paul Aihoshi.)
By Graham Isador

RealClearLife: The Bed Post Podcast is now over a hundred episodes.  Can you walk me through how everything got started?

About a year later came The Bed Post Podcast. It started because I was booking great guests, and wanted more time with them, than the 10 minutes audiences saw them for at the stage show. I wanted to pick their sexy brains for an hour, at least. So, I started releasing the recorded interviews on a weekly basis. 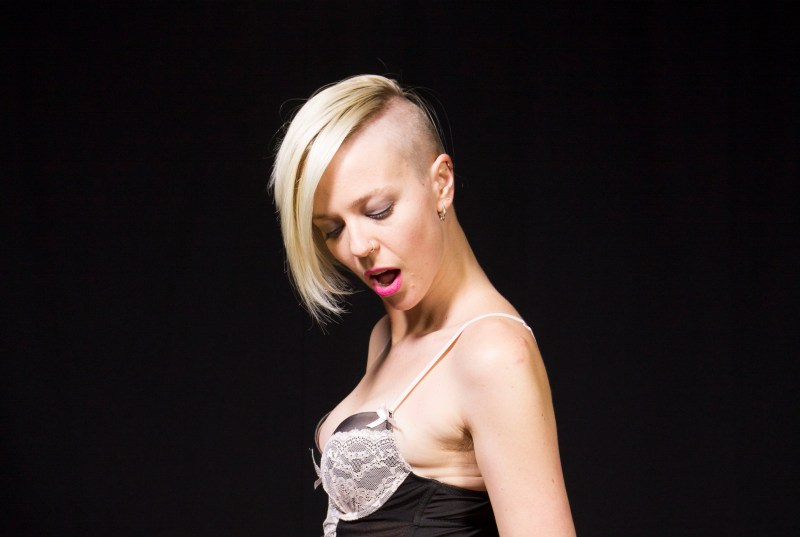 Erin Pim of the The Bed Post Podcast. (Photo by Paul Aihoshi.)

Publicly identifying as sex-positive is something that can still come with some stigma and repercussions. When did you decide to be so open about your sex life/sexuality?

EP: For me, the decision to be sex positive was out of necessity. My adolescence was riddled with shamefulness surrounding my sexuality, due to the script that I, and many young women, are taught about sex. That we’re not supposed to want it, and if we do, we’re “bad.” The choice was easy: I could either go on hating myself for my sexual “delinquency,” or I could embrace my sluttiness, and strive to have a joyous, plentiful, kinky AF sex life. If one positive thing could come out of my experience, it would be to save someone the trouble of hating themselves for a decade just because they thought they lost their virginity too young. And to do that, I had to be public about it.

The best thing that has come out of being publicly sex-positive is my happiness. I’m currently on a career track that is very satisfying creatively, sexually, and spiritually. Talking to people about sex is my soul food. But, being a woman living an “alternative” lifestyle, there are going to be setbacks. Haters. Dick pics. Threats. Get ready to wear out that Block button. But, just as long as I have more orgasms than hate mail, it’s worth it for me.

On the podcast, you get into frank, funny, and enlightening conversations about sex. How do you get people to open up about their personal experiences?

EP: People I interview understand pretty fast that I’m not there to judge them.  I’m a freak, too. My motive from the very beginning was to give people a voice.  The only thing that’s changed is that now I have the resources to do it even better.  My interview style has always been conversational, and I often meet them there, divulging just as much as the guest, which helps them open up.  Also, I’m cute, which helps.

You are cute! Do you have a favorite moment or guest that you’ve had on the episode?

Erin Pim of the The Bed Post Podcast. (Photo by Paul Aihoshi.)If a person was looking to open up their sexuality or explore new avenues in sex, where would you suggest they get started?

EP: A walk around a sex shop is a great way to start the sex-positive conversation, either with yourself or with another like-minded individual. What looks fun? What looks interesting? What even is that? The good stores have well-trained staff who are there to offer insight and knowledge. But, steer away from asking the sales associates personal questions. It’s rarely appropriate.

A step down would be to read a book. On any topic that interests you: polyamory, bondage, tantra, you name it. Order it online if you’re too nervous to set foot in a sex-positive store. Let yourself nerd out on it, like you would with any other hobby you enjoy. You can never learn too much. Your next partner will thank you.

An intermediate step would be to take a class. Most local sex shops have them on a variety of topics. Go to a sex-positive event, like a burlesque show, or a munch, or a sexy storytelling night. But a word to the wise, no matter the event, don’t talk about sex right away when approaching people. Even at a sex club, “Wanna f-ck?” is not a good opening line.