A new cocktail book from Ian Fleming’s estate goes beyond “shaken, not stirred” 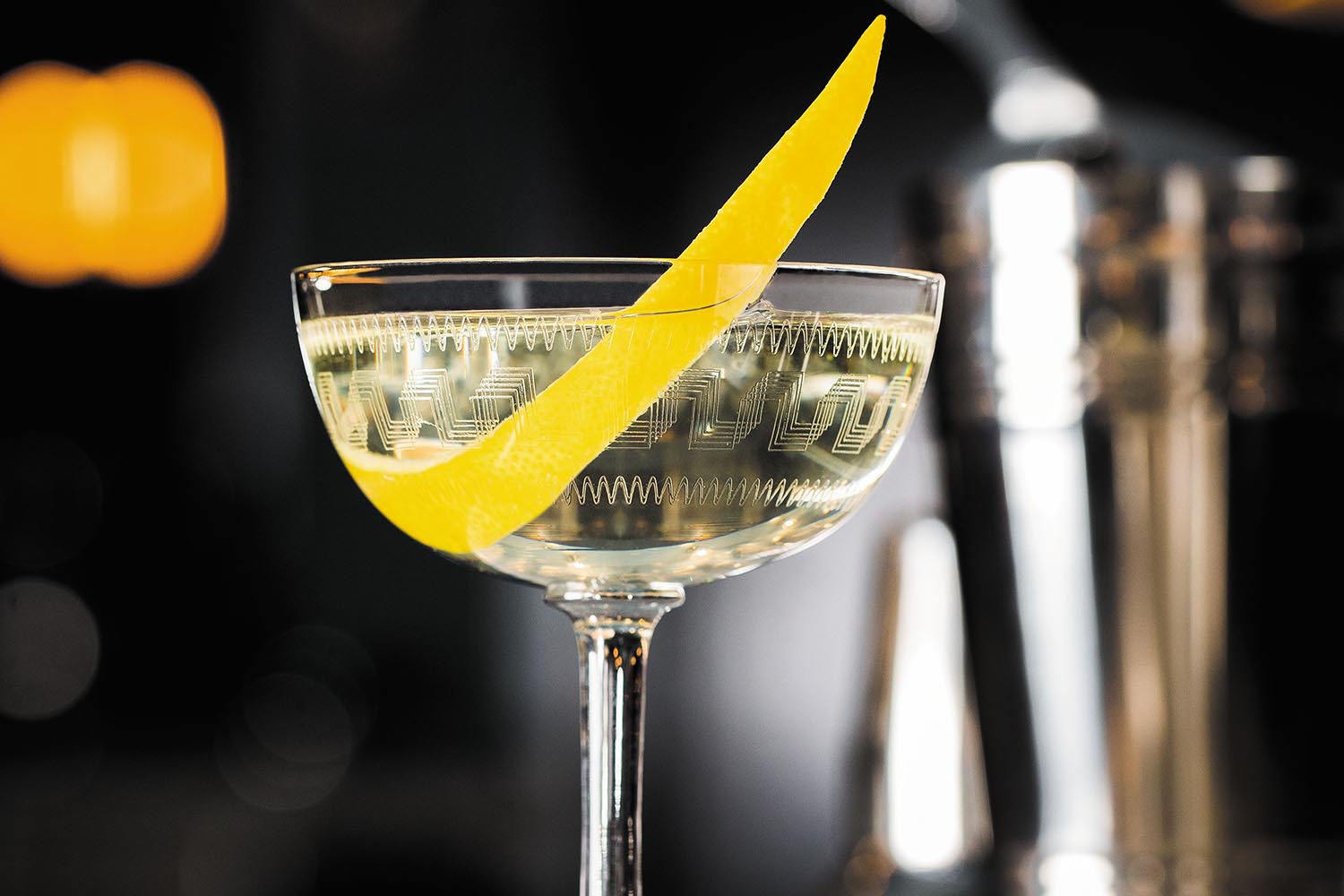 “It’s just that I’d rather die of drink than of thirst.” — James Bond, Thunderball

Most people’s first exposure to alcohol (besides dad’s liquor cabinet) probably came from a James Bond movie. And for good reason — Bond’s creator Ian Fleming had a love and respect for liquor, and he imbued his characters with a like-minded sensibility.

Here to share the author’s vast, boozy knowledge: Shaken; Drinking with James Bond and Ian Fleming, an official cocktail book inspired by the Bond creator’s extensive cocktail research, fleshed out with help from his estate and a world-renowned London cocktail bar.

Inside, there are 50 cocktails, all inspired by Fleming’s books (and some of his non-fiction writing) and developed with the help of the award-winning London bar Swift, which was co-founded by Fleming’s relative and noted mixologist Edmund Weil.

The cocktails here are divided into five categories: Straight Up, On the Rocks, Tall, Fizzy and “Exotic.” Some have specific backstories, while others take characters and ideas from Fleming’s novels and expand on them to create fun, themed tipples. Each cocktail recipe features a full-color photo of the drink along with excerpts from Fleming’s works.

You’ll learn some fun trivia here: Champagne and whisky were mentioned in Bond’s books more often than martinis. Due to health, Fleming was limited to three ounces of hard liquor per day, so he petitioned the Ministry of Agriculture, Fisheries and Food to find which brands were “purest and finest.” Oh, and the author hated his own cocktail creation, the gin/vodka hybrid the Vesper that debuted in Casino Royale — thankfully in Shaken, that recipe is nicely tweaked with Cocchi Americano.

(Be thankful for the master bartenders helping out: Fleming himself created a flaming punch called Old Man’s Thing that involved mixing bottom-shelf rum, sugar and citrus peel and then setting it on fire. The variation here is a lovely rum punch with a bit of tea, although the fire element remains.)

Yes, the Dry Martini and the Vesper are here. And yes, Fleming himself was notoriously specific about how his martini should be made, down to the specific vermouth and (surprise!) gin.

The great thing here is that Shaken works strictly as a cocktail book, even if you have no interest in the Bond legacy. The recipes developed by the Swift team of Weil, wife Rosie Stimpson and well-regarded mixologists Bobby Hiddleston and Mia Johansson (Milk & Honey, Dead Rabbit, Callooh Callay) are easy to make at home, use attainable ingredients and taste fantastic.

We got some more insight about  the book from Jessie and Georgia Grimond, Ian Fleming’s great nieces and trustees of the Ian Fleming Estate.

Where did Ian Fleming’s love of cocktails originate?
I couldn’t tell you what started it, but cocktail-mixing has all of the things he liked: exactitude of method, precision about ingredients and their brands, a bit of luxury, and of course an element of mild alcoholic risk. The whole ritual appealed to his nature. By the time he came to write the Bond books, he had had years of war and post-war austerity. Cocktails had been in a small way an antidote to a life of sugar rationing and boiled potatoes. And then he picked up favorite ingredients on his travels: he talks about not just rum from Jamaica, but also Dutch liqueurs from Curaçao, French wines from Martinique and Guadeloupe. From the U.S. he definitely developed a love of bourbon, and after a trip to New York in 1953 he marveled that the American lifespan far exceeded the British equivalent given the way they made martinis —  with just a swill of dry vermouth, which was then thrown away, no dilution with ice cubes, and drunk often from a jug. It’s a recipe that is not a million miles from the formula he gave Bond.

In instances where Ian Fleming did not get specific about a particular drink — something more thematic like a Scaramanga (pictured above) — what was the process of determining what was in the cocktail?
The villains were fun to do. We refined the characters down to their essences and then it was up to Edmund (Weil), Bobby (Hiddleston) and Mia (Johansson) to interpret them. Some of their defining features made it easy — Goldfinger’s taste for massive luxe turned into a drink made with Bollinger Grande Année and finished with edible gold leaf.

Was there anything Bond (or Ian Fleming) wouldn’t have wanted in a cocktail?
Neither of them liked or drank tea, so that would be an unlikely ingredient. However, we stuck closer to a traditional punch recipe for Old Man’s Thing, including some cooled Assam tea among a plethora of exotic ingredients. Fleming loved to make the original for his guests in Jamaica, setting it on fire as a showpiece before serving.

How different was the author from the character in their drinking habits?
They were for obvious reasons quite similar — neither approved of an olive in a martini for instance. But Ian drank both gin and vodka martinis. And, though he created the Vesper for Bond, he later admitted in a letter that when he came to try it he didn’t much like it.

Champagne, not vodka, is the most mentioned beverage in the Bond books. What cocktail recipe in here uses that best?
The Casino Royale is excellent but we highly recommend the Breakfast Royale which is sharp, smooth, fizzy and just sweet enough. It has a good punch — exactly what a writer, spy or anyone not operating heavy machinery would wish for to kickstart their day.