It’s difficult to watch the Food Network for any substantial amount of time and not eventually see Geoffrey Zakarian on the screen. A regular judge on Chopped and a co-host on The Kitchen, Zakarian has been in the restaurant business for more than three decades and is known for his skills in the kitchen as well as in front of the camera.

Zakarian, who won the title of Iron Chef in 2011 in the third season of The Next Iron Chef, also has some skills in front of his word processor: his debut book, Town/Country, was hailed as “one of the best of the year” by New York Times food editor Amanda Hesser following its release in 2006. And it appears the apple doesn’t fall far from the tree in the Zakarian household, as two of the 61-year-old’s daughters, Anna and Madeline, just put out a cookbook containing 85 family recipes. 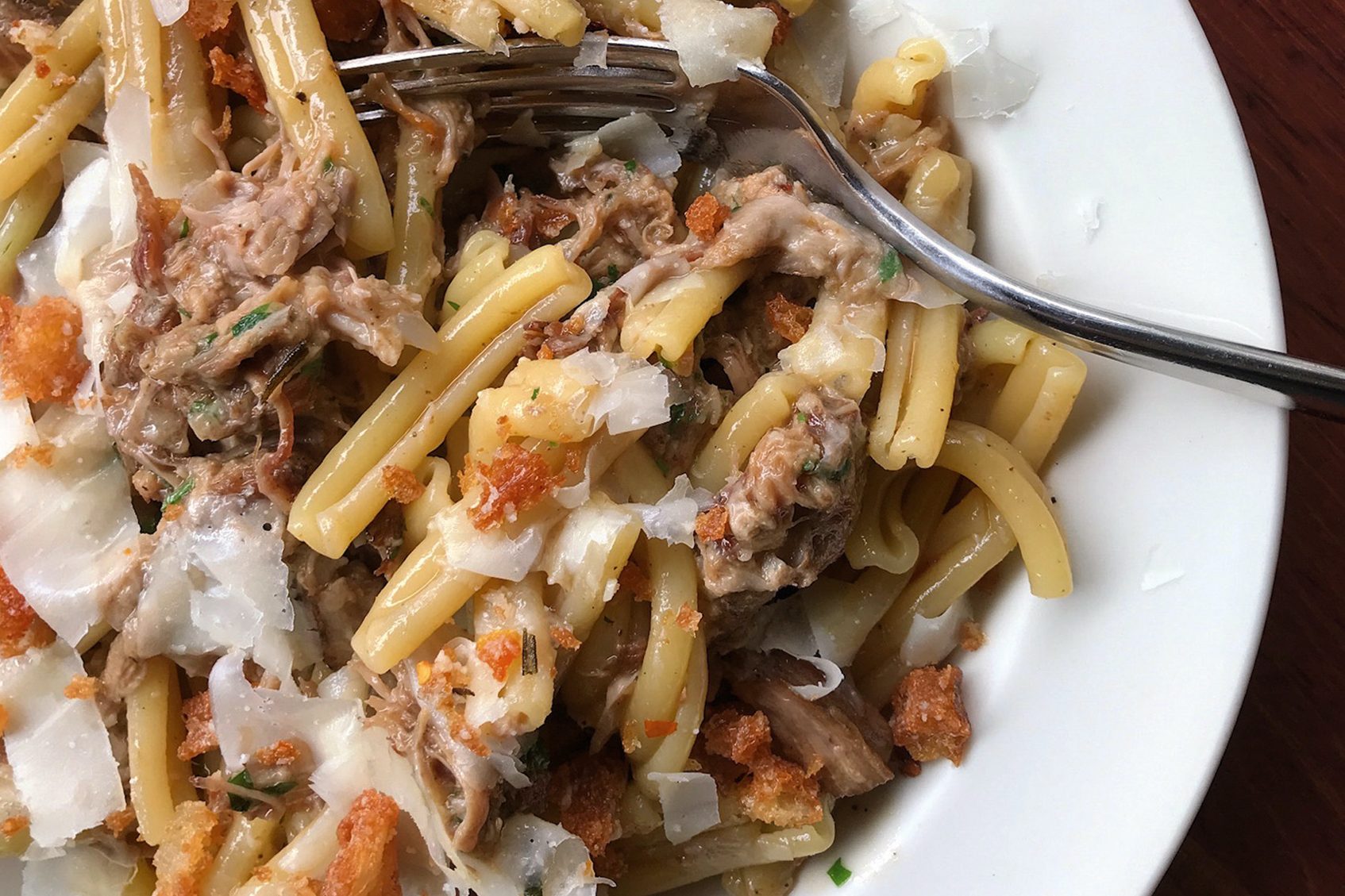 Among the recipes in The Family That Cooks Together is a method for making breakfast fried rice from leftovers, a dish Zakarian first had with Jet Tila on The Kitchen. Zakarian was such a fan of the dish that he made it at home after having it on the show, and since his children loved it too, it quickly became a household standard.

“I eat it every time I order takeout and have leftover rice, so almost once a week,” Zakarian tells InsideHook. “It’s the breakfast of champions and a wonderful use of leftovers. We try to make good use of everything in our fridge and not let anything go to waste. It’s a great way to clean out your refrigerator and it’s so flavorful. Gingery, Japanese, umami, salty — delicious. We eat it all the time.”

Anna concurs. “Every time dad makes this, I can smell it from all the way upstairs and I run down immediately,” she says.

Usually enjoyed with a double espresso and some chili oil for spice, Zakarian’s breakfast fried rice doesn’t typically include bacon, but that can be added for extra saltiness and flavor. One ingredient — besides the rice — that is non-negotiable? Eggs.

“My methods always evolve, but the basics remain intact,” Zakarian says. “For this recipe, I tend to add more eggs for more protein. Always add more eggs than you think you need. My rule is one egg per person that you are serving.”

If you’re interested in starting your day like an Iron Chef, the recipe from The Family That Cooks Together is below. Zakarian’s one word of advice: don’t overcook the rice.