As Coronavirus Keeps Us Stuck Inside, Look to the Canned Fish

Now is the time to get obsessed with small-batched sardines, tuna, anchovies and more

Sardines, tuna and other canned fish are perfect for stocking up and still eating well.
HORACIO VILLALOBOS - CORBIS/CORBIS VIA GETTY IMAGES
By Margaret Littman 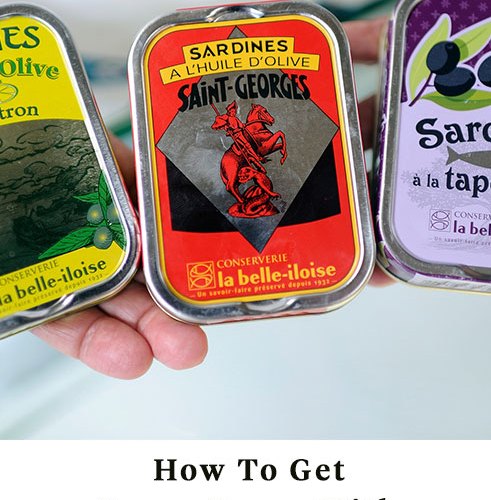 We’re all being asked to step outside of our comfort zones (though perhaps not literally outside) as we shelter in place. For many of us, this means heading to the pantry and figuring out what the hell to make with the stuff we bought.

My personal emergency food rationing plan is “eat GORP,” so when my editor asked me to look into the best things to do with the best canned fish, I bounded out of my culinary comfort zone and into research mode.

People have strong opinions about fish in a tin. While some think it is smelly and unappetizing — as Andrew Gietzen says, “sardines are the punchline to every food joke” — most chefs list canned fish as the single most versatile ingredient, a protein- and Omega 3-packed version of a pickle.

Gietzen, a former chef, collected tinned seafood when traveling, albeit not that $2 can of tuna from Kroger. “I applied the same sourcing I would have to vegetables and meat: Fish that is bought in season and processed the same day it was purchased.”

There wasn’t much of that going on outside of Spain, which he calls “the Michelin star of the conservas world.” And big importers weren’t stocking products from small, specialty producers. So in 2017, with his wife, Nancy Parng, he opened Chicago-based Preserved States, a wholesaler of tinned fish.

His gems, such as the El Capricho sardine line, are packed in olive oil, butter, brine and even light tomato sauces. You won’t get them at a $2 bargain, but between $8-$30, they make a standard at-home-snack pretty spectacular. Thanks to folks like Gietzen, you’ll be able to nab this stuff even in a quarantine, particularly if the USPS keeps delivering. Look at specialty mail-order shops like Zingerman’s, which is supplied by Preserved States. (Preserved States does have a few items available direct to consumers on its website and Gietzen has plenty of time, while the rest of his warehouse is shuttered, to ship them out.) Mermaid’s Garden in Brooklyn and Wixter Market in Chicago are other options for quality domestic and imported tinned fish and shellfish. Wildfish Cannery also sells Alaskan seafood that it cans and preserves.

In addition to having better, distinctive flavor profiles, small-batch specialty tinned fish look better. They tend to be uniformly sized and perfectly arranged thanks to hand packing (a job done mostly by women, Gietzen says, as the job is suited for smaller fingers).

Chef Matthias Merges, founder and owner of Chicago’s Folkart Restaurant Management, waxes poetic about mussels arranged like a clock face inside a round tin. “You just open it up and it is a beautiful surprise.” Merges also uses Trader Joe’s wild-caught yellow fin tuna in salads. It comes packed in TetraPak containers, and is tasty and affordable, albeit without the “ta-da” moment of peeling back the top of an aesthetically pleasing tin.

Like Gietzen, Merges recommends canned fish from Spain, Portugal and Japan. He’s a fan of the Matiz brand of sardines, which are widely available. One of his favorite canned fish tricks is to buy a tin of cockles (aka tiny clams packed in their juices) and sauté them with olive oil, butter and handmade pasta. “It comes out unbelievable.”

“Lots of people buy canned tomato sauce for pasta but skip the protein. A can of smoked mussels is excellent for that,” Merges says. He also uses canned fish in omelets, another easy quarantine option.

In general, chefs agree that the best way to serve specialty canned fish is to leave them as unadulterated as possible. Let the flavor shine through, as you would a shave of jamón on a charcuterie board. If you are working with more mass-market goods, then more ingredients may be needed.

One of the cooks at Oxford Canteen in Oxford, Mississippi was talking about a dish his grandma used to make, and Corbin Evans, the restaurant’s chef, thought he was on to something. The team made a fish cake from canned jack mackerel ($1.87 at the local Kroger) and canned pink Bay salmon ($4), mixing in some mashed potato (Grandma didn’t approve of that) and egg as a binding, plus spices and mustard, and then dredged it through corn flour and served it with local arugula and a remoulade on a sourdough English muffin.

You can replicate that, or any fish cake/burger-type patty, at home. Look for a canned fish that is wild-caught and dolphin-safe at your closest supermarket or international grocer.

At one Oxford Canteen pop-up, Evans even made sardine Banh mi sandwiches, simmering the sardines in a light tomato sauce with onion, garlic, ginger and fish sauce, and then serving it on a bun with pickled carrots, cucumber and cilantro. “It was 50-50 ‘that’s delicious’ or ‘that’s disgusting,’ so I knew I was on to something.”

But Evans says you don’t even have to get that fancy.

“I have been eating sardines since I was five years old. They were the first thing I bought when I heard that we might get stuck [in a quarantine],” he says. He mixes them with mustard and puts them on a sandwich or swaps out smoked oysters on top of a Ritz or Triscuit cracker. “I can’t eat them around my wife, though. She thinks when I am eating it that I am thinking about money problems. But that’s not the case.”

It Seems the Star Defectors of LIV Golf Series Are No Longer Good at Their Craft
Defectors to LIV Golf Invitational Series Have Started Teeing Off on PGA Tour
Meet the Canadian Distillery Behind the World’s Best Rye
Canceled, Delayed or Bumped? Here’s What You’re Entitled To.
The Ideal Bonita Springs Getaway Is More Than Alligators, Tacos and Piña Coladas

30 Songs for a More Pensive Fourth of July
It’s the Fourth of July. Do You Know Where Your Fireworks Came From?
Ambitious Restomod Turns a Subaru WRX Into a Supercar
10 Questions You’ve Always Wanted to Ask Someone in a Throuple