Is This Mild THC Soda the Solution for the Reluctant Weed Smoker?

Could Cann be your new favorite soda?
Cann
By Eli London @elilondon100

I used to smoke weed — sorry, cannabis, this is a gentleman’s website — on a regular basis during high school and college. I wasn’t a “stoner,” per se, but I partook of the devil’s lettuce with some degree of frequency. Then one day during my junior year of college, I took one too many hits out of someone’s bong and slipped into another dimension.

For a few hours (or was it minutes?), my life felt like it was stuck in the iTunes visualizer that we coincidentally used to watch while smoking marijuana. The bright side was that Kanye West had just released My Beautiful Dark Twisted Fantasy and I was listening to it for the first time. The dark side was that my friends had to coddle me into the wee hours of the morning, and afterward, weed was never the same for me. Each subsequent time I tried it, I was overcome with anxiety, almost as if I was just waiting for the effects to wear off, rather than relishing in them.

So eventually I just stopped consuming altogether. Every year or so I’d take a puff of someone’s joint and immediately regret the decision; in the presence of friends who had recently indulged, I often felt like a housecat sitting at the screen door, pondering what outside existence would be like without ever actually stepping across the threshold.

Then I heard about Cann. Cann is a California-grown and -brewed “social tonic” uniquely designed to allay my fears and the fears of so many others like me. The description on the site sounded like exactly what I was looking for in a THC-spiked product: “You should expect to feel the initial effects within 10 minutes. You will also feel the effects subside faster too, after about an hour. No more uncontrollable experiences.” This is all due to the fact that, because the THC is in liquid form, your body is able to more quickly metabolize and process it. Unlike edibles (which are far more unpredictable given how differently each body breaks food down) or smoking (with which it’s difficult to regulate doses), Cann is quick to work and easy to predict.

The product comes in a small 7.5-oz can that bears 2mg of THC and 4mg of CBD. During my first sampling, I took things slowly, finishing the can over a period of 15-20 minutes. I felt a nice little buzz, but nothing overwhelming. As most nervous smokers can attest, the biggest fear is that you won’t be “in control” of your high. With Cann, I felt minimal psychoactive effects, while the good things I remembered liking about weed — relaxation, cheerfulness, levity — came to the fore. I realize that for regular partakers, 2mg is an insignificant amount of THC to consume.

But to someone who has been dreading getting back in the game for a decade, it was truly a Goldilocks moment, with the desired effects hitting me just right.

Cann’s founders, Jake Bullock and Luke Anderson, put a lot of intentionality in the dosing amounts of THC in their cans. As they point out, most cannabis drinks on the market have anywhere from 10mg to 100mg of THC, which can be quite overwhelming for most people. According to Bullock, “If you’re a new consumer, it’s not going to be too much to have one. But more casual users can have two, three or four and be OK and still in control.”

The thing I didn’t realize until talking to the founders is that they don’t see their beverage as a replacement for smoking. They see it as a replacement for alcohol. An interesting twist that makes total sense when considering the mild but undeniable effects of Cann. And because the body breaks down THC in liquid form much faster, the timetable of the effects is similar to that of beer: If you have one or two in an hour, you’ll probably maintain a light and pleasant buzz. If you have half a case, you’re probably not going to be awake for long.

As Anderson tells it, “Jake always talked about how cannabis was going to become the next wave of mainstream social intoxicant, and that beverage was going to be the form factor, because thousands of years of humanity is centered around socializing with beverages.” 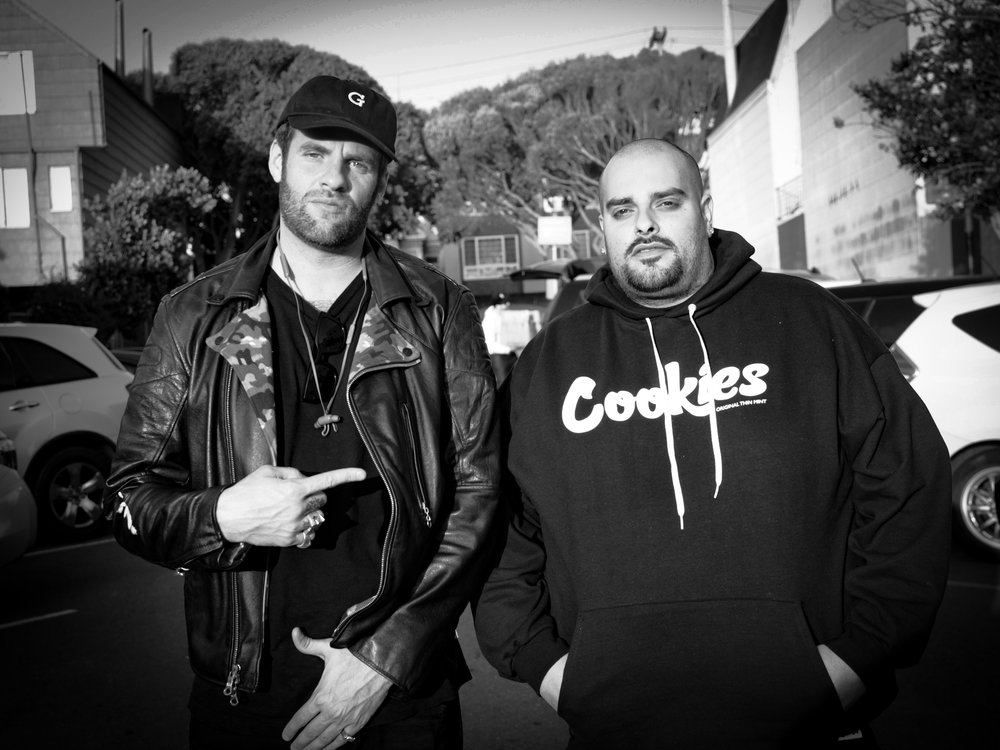 A Chat With an L.A. Cannabis Pioneer About America’s Best Weed City
Dusk Might Be the First Great CBD Product 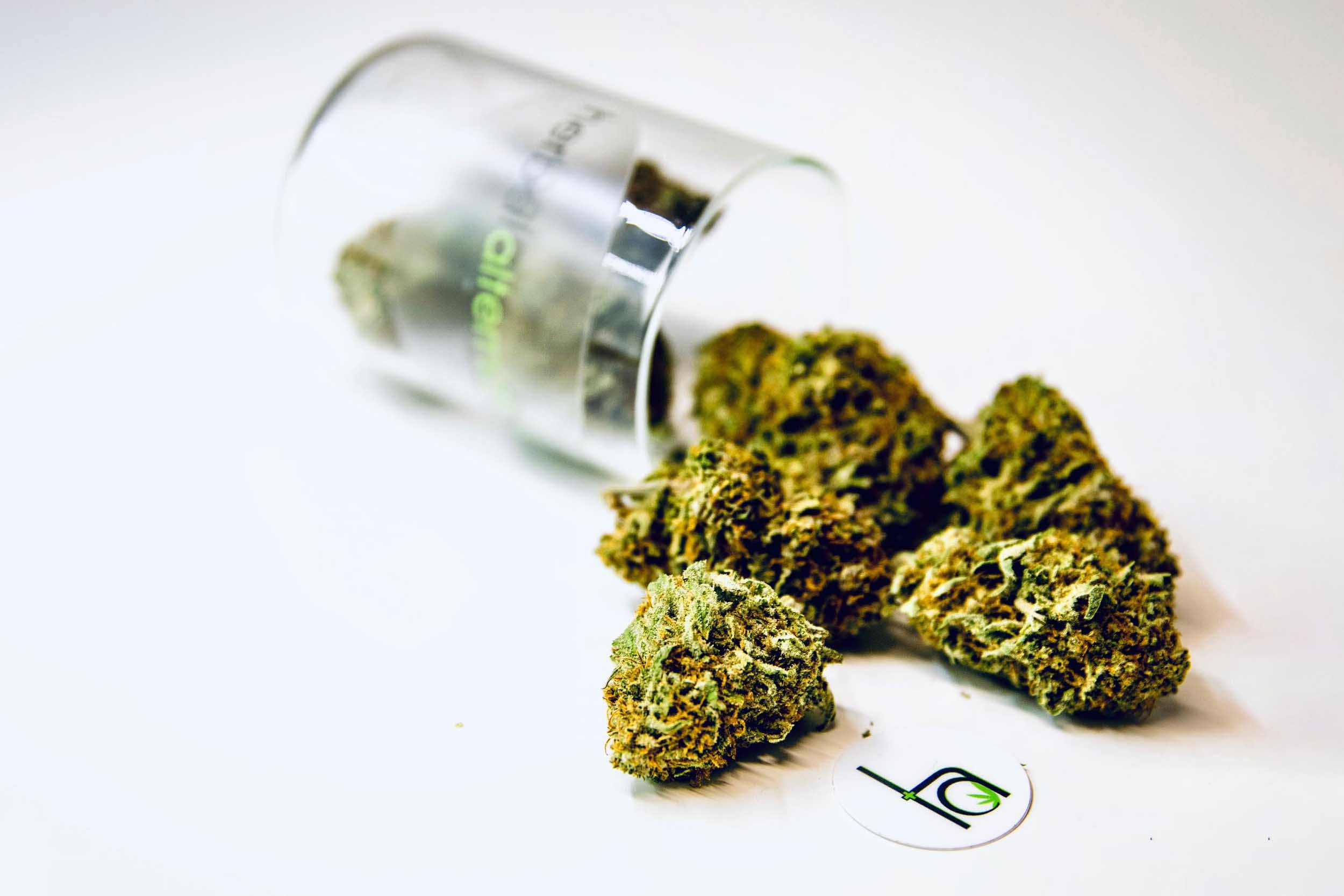 A Beginner's Guide to Curbing Coronavirus Anxiety With Cannabis

Curious to get the opinion of regular weed smokers (and in keeping with the idea of socially drinking Cann), I had some friends sample it as well. The first thing they remarked on was the taste, which I should’ve mentioned by now, because Cann comes in three flavors — Lemon Lavender, Grapefruit Rosemary and Blood Orange Cardamom — and all of them are delicious. My friends didn’t really notice much of an effect after one Cann, but by the second they remarked a nice subtle high that they quite enjoyed.

Cann is widely distributed across California in dispensaries and also on Eaze for home delivery. They sell six-packs, 24-packs and have recently launched concentrated “Roadie” pouches that pack the same 2mg THC and 4mg CBD amounts, but are made to be mixed into existing drinks like water or seltzer (don’t get any ideas!).

Whether you want to use Cann as an entry — or, in my case, re-entry — point to cannabis or you just want to drink something that is mildly stimulating to replace alcohol, you’re in for a great experience. I’ve done both in recent weeks, and now count myself among the Cannverted.