The ace chef teaches us how to navigate Grand Central Market

How do you decide what to eat? You ask the toque behind Sweetfin Poke and Estrella for her tips because, in her words, she’s “eaten 100% everything there.”

It’s where she spends her days off, and herein, you’ll find her roadmap to the Land of 1,000 Flavors.

“Since I don’t have a lot of time off, when I go, I spend my entire day there,” she says. “Get my coffee and waffle, check out the museum, come back for my ramen and meatballs, etc., etc.”

Her tips for maximum enjoyment: “Go hungry, and hit several spots to really encompass the experience it has to offer. The best time to go is right when they open. I always avoid it on weekends, but at least they have a parking lot! And it’s also really rad during the summertime because they have a concert series with live music from cool jazz and Latin bands.”

“I get the Almond-Macadamia Cappuccino and the Yeasted Waffle with Ricotta and Jam. The house-made almond-macadamia milk is delicious and the waffle is really special. Not a lot of people do yeasted waffles anymore and this one is great. It’s has somewhat of a sourdough taste to it from the yeast – it’s perfectly crispy on the outside and soft and mushy on the inside.”

“I love everything about Alvin. He is a true badass. I love his like it or leave it attitude towards his cooking. There is nothing I don’t love on his menu. But with that said … what I don’t like, is that crazy line every single day. All day, all night long. I have had everything on the menu but my go-to is usually the Fairfax with the Sriracha mayo, unless I see that they have the SLUT, which is the coddled egg on top of a smooth potato purée, poached in the glass jar that it’s served in.”

Next: Knead Pasta and Co.

“Love Bruce’s Meatballs, seriously the best out there. They’re incredibly moist and don’t need a lot of sauce.  Plus, knowing that he sources his product from the most sustainable resources is good to know.  He truly cares about everything he gets and then serves.”

Weiss mentioned that she loves to sneak away for a culture fix here and there (great way to work up an appetite). We recommend the 14th Factory, an immersive collaboration from 16 artists that includes video installations, performances and visuals that range from pint-sized to the entire factory floor. To wit: a meteor crashing to earth in a freeze frame explosion, a car flipping over itself and a giant replica of The Barmecide Feast that was featured in Stanley Kubrick’s 2001: A Space Odyssey.

“Pastrami everything! Mic drop. Honestly … that pastrami is my ‘if you were stuck on a deserted island’ answer. I love it on a bagel, but it’s also great on the sandwiches. I don’t even know how they make it that good. I imagine little elves in the back just magically making amazing pastrami.”

Sneaking away for an afternoon movie during the week is an incredible indulgence. You get the theater to yourself since it runs in perfect opposition to what everyone else is doing (ahem, work). Which is why it feels so damn good. Here are the 18 movies we’re looking forward to this Spring.

“Because of ‘The Egg,’ man. I cornered Ilan one night and insisted on knowing how he made it.  It’s crazy fascinating, and crazy good. Also, to know that it’s 100% vegan yet has such viscosity in the broth — which is made with sunflower seeds — just blows my mind. I would have never known it was vegan if I wasn’t told. Job well done, sir.”

If you’re looking for your next dinner date or a brunch that’ll put you on the couch, visit Chef Weiss’ Estrella in WeHo. She’s as adept at making light and flavorful salmon as she is at throwing down a crispy, juicy fried chicken. Her fast-casual concept Sweetfin Poke is in our constant rotation for a healthy lunch, and now that they have locations in multiple hoods, you have plenty of places to try her incredibly fresh seafood dishes. 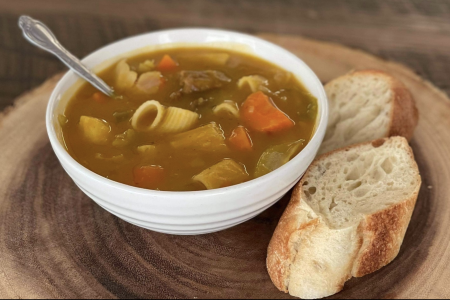 Close Out Winter With This UNESCO-Recognized Haitian Freedom Soup 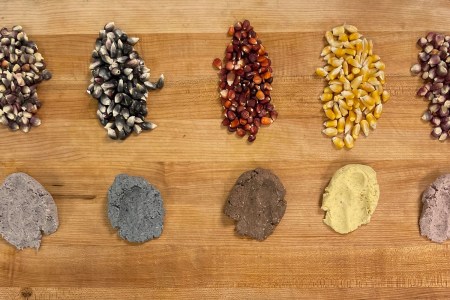