What Is Bourbon Cream, And How Do I Drink It?

We asked five distilleries to explain their whiskey-based cream liqueurs

A favorite use of bourbon cream? Adding it to hot coffee.
Old Elk
By Kirk Miller

Welcome to Show Me the Proof, a column where we pose big questions to the booze world and get drinks experts to argue the finer points. In our latest column, we’re taking on the new(ish) trend of bourbon cream.

I take my bourbon seriously.

I wasn’t sure if I could take bourbon cream seriously, though. In the past few years, several big and respected American whiskey brands have started to release something called bourbon cream, which seemed like a marketing gimmick aimed at non-whiskey fans (remember honey whiskey?).

Still, I never like to dismiss a new product without trying it or … at least learning the reason for its existence. So when Jim Beam announced their bourbon cream launch — joining the likes of Old Elk, Do Good, Black Button and Buffalo Trace, among others — I figured it was time to learn a little about a category I didn’t understand.

What is bourbon cream?

For the most part, the ingredients are summed up in the title: Bourbon and dairy cream (or a cream liqueur, in the case of Jim Beam). Some brands also add caramel coloring. The notes you’ll find should feel somewhat familiar to whiskey fans: vanilla, caramel, oak and baking spices, albeit with a sweet, velvety texture and a low ABV. Note that you’re probably not getting the distillery’s oldest whiskey here: Old Elk’s Nooku, for example, utilizes a two-year “baby” bourbon as its base.

New York’s Do Good Spirirts, however, adds a little something extra in its Beaverkill Bourbon Cream: locally sourced maple syrup. “I made our recipe using the products that I had on hand from what I consider the best producers in New York State: Bootlegger New York Craft Bourbon,  cream from the Finger Lakes and Crown Maple Grade A Amber Syrup,” says Brian Facquet, Do Good’s Founder and Head Distiller. “Also, the manufacturing process for a cream liqueur is extremely difficult. The challenge is balancing the PH levels of each product and blending them in a specific order.” (Beaverkill is also kosher, as Facquet notes.)

What can I do with it?

“It’s extremely versatile,” claims James Dempsey, Buffalo Trace’s Associate Marketing Manager for Premium Bourbon (this is their Bourbon Cream release). “You can drink it on the rocks, as a shot, use it as a mixer and even incorporate it into your favorite baking recipes.”

Other uses for bourbon cream, according to our distilling friends: Putting it in hot chocolate or hot coffee (or using it in an Irish coffee), pouring it over ice with root beer, replacing another cream liqueur in a cocktail or spiking whipped cream.

Who is the market for this?

Obviously, the distillers themselves think bourbon cream has a potentially wide fanbase. “With its straightforward taste of bourbon, we’ve seen avid whiskey fans enjoy our Nooku bourbon cream,” says Melinda Maddox, the Beverage Director and Distillery Production Manager for Old Elk. “While some are skeptical of a ‘sweet cream’ at first, many who try it comment that you can taste the deep, nuanced flavors of whiskey, while enjoying the velvety cream texture.”

“We’ve found that almost everyone who comes to our distillery buys a bottle,” adds Facquet. “It cuts across all categories, even people who say they don’t drink hard alcohol.”

So even as a whiskey nerd, I can like bourbon cream?

“Our customer base for the product definitely includes some whiskey nerds,” says Jason Barrett, President and Master Distiller at Black Button Distilling (home to Bespoke Bourbon Cream).  “You can really taste our small-batch bourbon in the bourbon cream.”

How is this different from Irish cream — besides the origin of the whiskey?

For American distillers, they see bourbon creams as less sweet and more balanced than their Irish counterparts.

“It’s a more complex flavor profile,” says Barrett. “And while many Irish creams, like Baileys, have an Irish whiskey base, others use neutral grain spirits with no whiskey character. And many Irish cream liqueurs also add cocoa for a sweet additional flavor note.” (And yes, everyone agrees that you can sub in bourbon creams for Baileys in recipes.)

Is the market for bourbon cream growing?

Since launching late last year “we’ve seen incredible excitement for the product and it drove strong sales through the holiday season. We expect the momentum to continue throughout the winter,” says a Jim Beam spokesperson.

And while numbers are hard to source, Barrett says Black Button’s Bespoke Bourbon cream has outsold “the top competitor’s Irish cream four to one” in upstate New York liquor stores.

And finally, what am I drinking with this?

All the ideas we heard were sound: Espresso martinis, chai tea creamer, a boilermaker pairing with a stout beer and even over ice with a sprig of mint. But Facquet swears by it as a coffee ingredient.

“In your favorite mug, add 5 oz of your favorite coffee, two ounces of Beaverkill Bourbon Cream and dust with cinnamon or nutmeg,” he says. “It’s called the Catskill Breakfast.”

But favorite might be the “Chocolatini” courtesy of Black Button Distilling  … which, no, I can’t take seriously as a name, but yes, I will definitely drink. Recipe below:

Combine bourbon cream, vodka and chocolate liqueur in a shaker. Shake with ice and strain into martini glass. Rim the glass with chocolate syrup for an added twist. 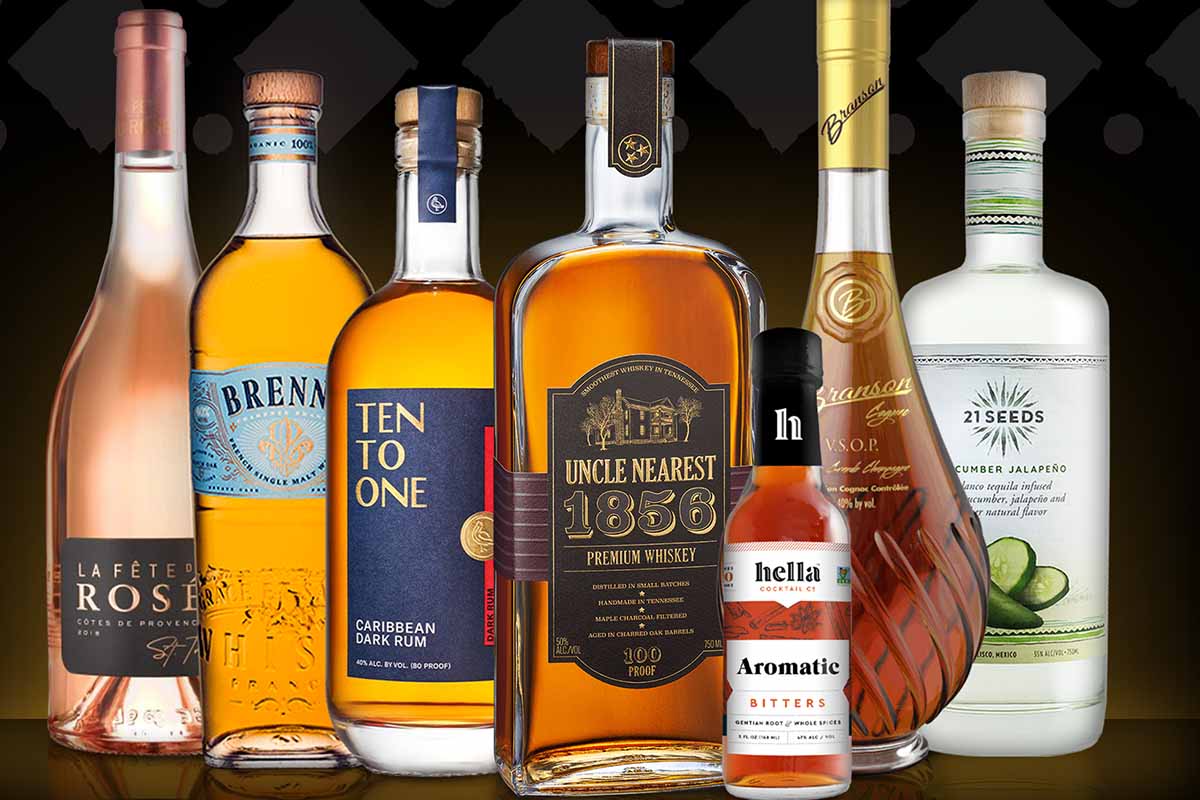 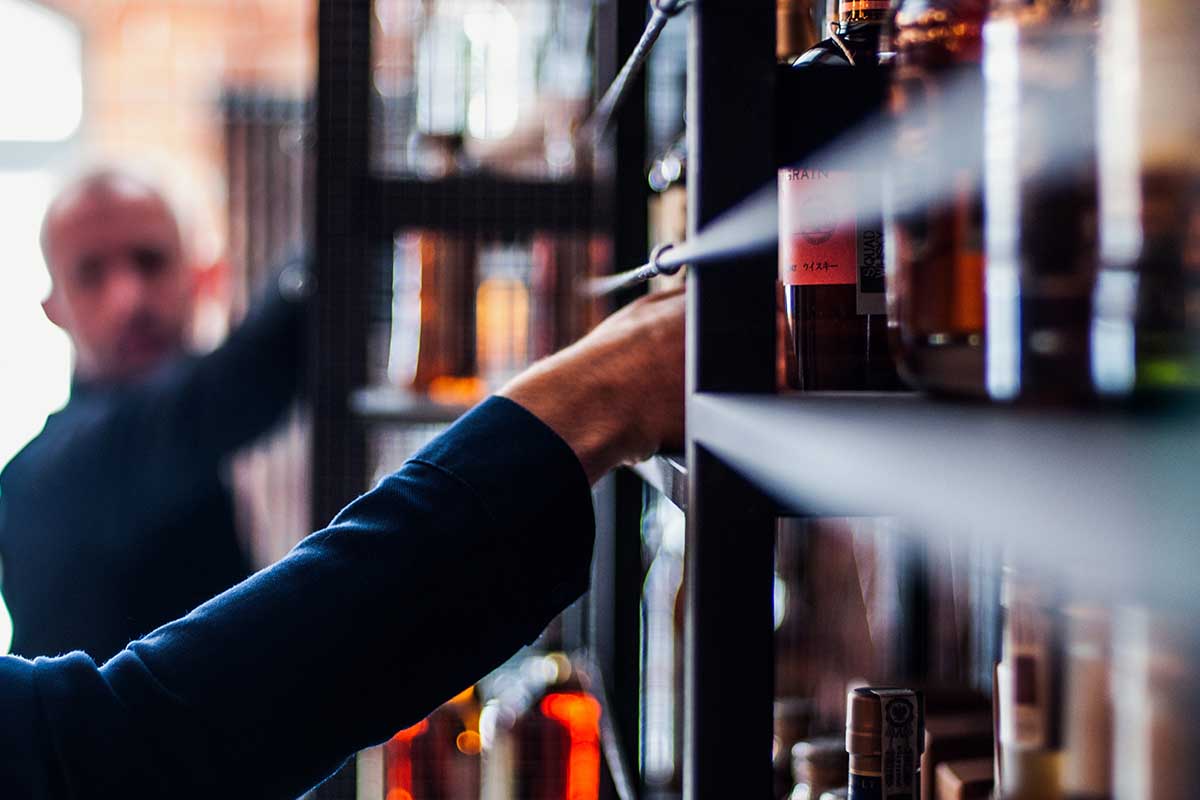 Important Question: Is Too Much Whiskey Being Released? 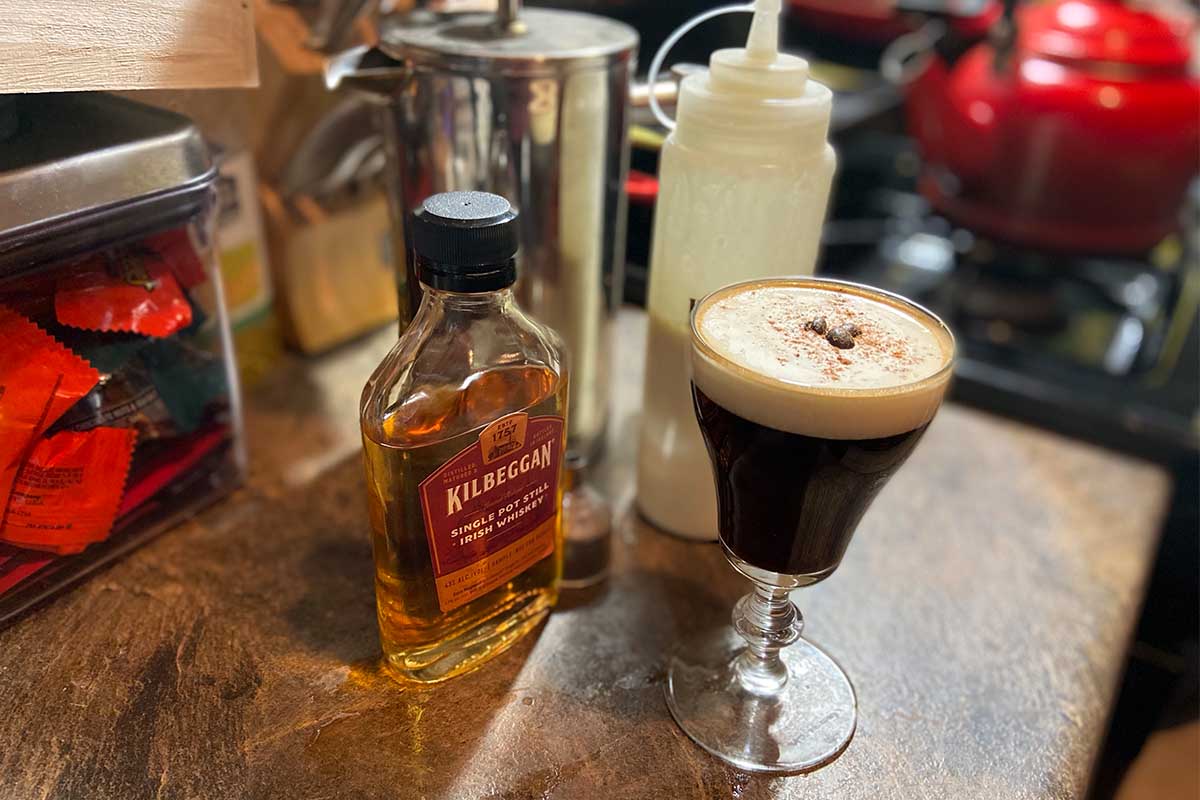