The 8 Best Christmas Movies, TV Shows and Albums (That You Don’t Know) 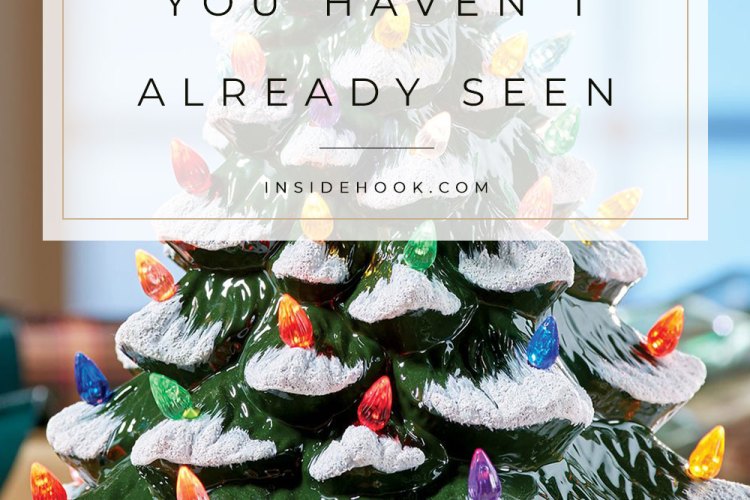 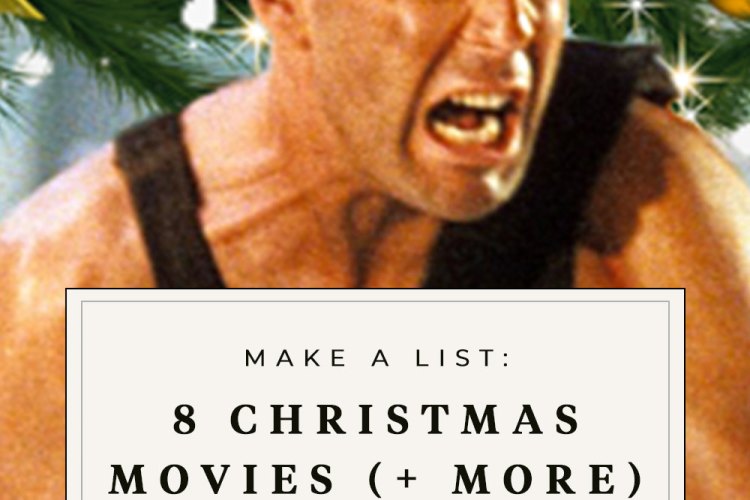 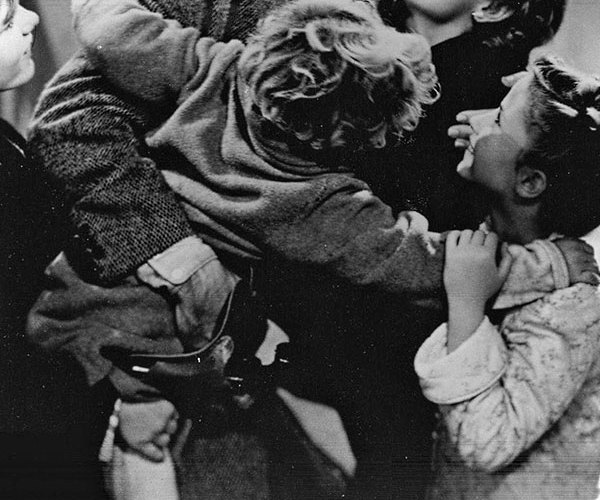 By now, you’ve got your holiday routine down cold.

A dozen spins of “Last Christmas.” The millionth rewatching of A Christmas Story. Some variation of Scrooge (the Muppets take is solid).

While there’s comfort in the known, we offer a surprise but welcome gift: eight worthy but obscure holiday movies, TV shows and albums that you should add to your Christmas canon.

Jeremih & Chance the Rapper’s Merry Christmas Lil Mama: Rewrapped
It cannot be denied that the Bing Crosby classic Christmas standards are synonymous with the holiday season. But from time to time, we all want something a little different. Something with a beat, something with a little Auto Tune. And for that, your correspondent recommends Jeremih & Chance The Rapper’s Merry Christmas Lil Mama: Rewrapped, a holiday mixtape from the two Chicago hip-hop artists. It features nine original holiday-themed songs, sampling everything from A Christmas Story to The Jackson Five’s “Baby Give Me One More Chance “ with a pinch of funk and a hip-hop backbeat. And the second song in the mix, “Snowed In,” offers a sexy, soulful, fully consensual alternative to “Baby, It’s Cold Outside.” — Megan Duffey, Director of Branded Entertainment

A Partridge Family Christmas Card
Not unlike the sports teams we root for, our favorite Christmas music — the stuff that, at the right moment and perhaps with the right amount of alcohol, can pull on your heartstrings like nothing else — has very little to do with personal taste and everything to do with what we were exposed to at a young age. It’s the shit you were born into, for better or worse. For me, born as I was in 1978, one of the albums my mom pulled out the day after Thanksgiving each year was A Partridge Family Christmas Card by, yes, the Partridge Family. I have no great critical argument in its favor. Its lone original composition, “My Christmas Card to You,” rules pretty hard, I guess, and the rest of it consists of solid, mostly upbeat renditions of holiday standards. It also contains what, as a kid, I considered the single worst recording of a Christmas song ever: an extremely slow version of “Frosty the Snowman,” which is very obviously supposed to drive home the point that — hey! — “Frosty the Snowman” is really fucking sad. Anyway, you should listen to A Partridge Family Christmas Card. If you don’t like it, I don’t want to hear about it. — Mike Conklin, Executive Editor

Seal, Standards
“I don’t know anyone who says ‘let’s put on Seal for the holidays.’” That’s our nation editor Kirk Miller, and this is me making him eat his knit winter hat — via the pinniped crooner’s bewitching 10th album, released for the holiday season just one year ago. True, only two of its 14 tracks are actual Christmas songs (“Let it Snow” and “The Christmas Song,” for the curious), but I’d argue that’s exactly what makes it such a good holiday album — you can throw it on at any gathering and create a festive, Rat Pack-y vibe without overdoing it on the yuletide cheese. Pro tip: pairs exceedingly well with a stiff martini and a holiday-appropriate blazer. — Danny Agnew, Creative Director

Seth MacFarlane, Holiday For Swing!
I couldn’t care less about Family Guy or Ted, but put on this 2014 album from Seth MacFarlane and I’m in Christmas-crooner heaven. (Did you know he’s got no less than four full-length albums out?) Perfect for when Michael Bublé gets stale. And if you’re not sold yet, just play his duet with Norah Jones on “Little Jack Frost Get Lost,” an underrated earworm with lyrics from Al Stillman, who also penned “(There’s No Place Like) Home for the Holidays.” — Alex Lauer, Senior Editor

Father Christmas
The animated holiday short is an art form long attempted and nigh impossible to perfect. I’ve got A Charlie Brown Christmas at the top of the field, forever and for always. Not far behind, a crowded pack of mainstays. Rudolph. Frosty. The Grinch. The Year Without a Santa Claus. Santa Claus Is Coming to Town. And then there’s Father Christmas, a UK-produced 1991 short based on two children’s books by Raymond Briggs. Briggs first found fame for The Snowman, a silent, inspired short where a boy’s snowman comes to life and flies him north to see the Northern Lights before melting the next morning. Father Christmas, meanwhile, is anything but silent. The titular character inexplicably lives in a detached brick home in a neighborhood of London, with a cat and just two reindeer. Deciding he doesn’t feel much like doing household chores one year, he takes a vacation, bouncing from France to Scotland to Las Vegas, all the while encountering exceedingly basic stereotypes (baguettes, kilts, swimsuits) and nursing hangovers. Somehow, he gets home in time to read Christmas letters from all the world’s children and stuff their toys in a sleigh, before retiring for bed and wishing us a “Happy blooming Christmas.” Stay classy, Father Christmas. — Tanner Garrity

Better Off Dead
For years I categorized this cult John Cusack film as a ski flick or 80s teen comedy. But most of this surreal tale — ostensibly a love story, albeit one populated by Howard Cosell impersonators and Claymation hamburgers who dig Van Halen, along with a running gag about failed suicides — takes place over the winter holidays, and that setting offers most the film’s best lines. And wow, there are a lot of fantastic quotes — I’d argue to the level of Airplane or Anchorman (“Gee, I’m real sorry your mom blew up, Ricky,” “Look, Beth, I gotta go, the Christmas tree is on fire”). Hard to pick a favorite, but Cusack’s burnout sidekick Charles De Mar (a perfectly cast Curtis Armstrong) offers this bon mot: “Ah, look dude, it’s Christmas Eve. I could be home right now, drinking this monster eggnog my brother makes with lighter fluid.”  — Kirk Miller, Nation Editor

Poets and Angels and Winter Rose by Ottmar Liebert
German-born, New Mexico-residing Ottmar Liebert is best known as the purveyor of Nouveau Flamenco, a name he gave nearly three decades ago to the self-styled classical guitar music he began to play after a brief career in rock ‘n’ roll. But in my family we know him mostly as a guy who strums out maudlin Christmas tunes that make for good background listening during dinner, card games, ornament hanging, etc. Some of the composition are holiday standards, while others are of his own creation — which begs the question: What the hell makes a Christmas song a Christmas song, anyway? As far as I can tell it’s kind of like porn: you know it when you see it, which I’m sure is an analogy that Zen Monk-ordained Liebert would take offense to. Anyway, if you need some easy listening in the coming weeks, reach for one of these two albums, which he released in 1990 and 2006, respectively. — Walker Loetscher, Editor in Chief

Stream on Spotify: Poets and Angels and Winter Rose

Minty, the Candy Cane Who Briefly Fell on the Ground
In the pantheon of classic Christmas characters, Minty is the most underrated. Oh, you don’t know him? He’s the candy cane who briefly fell on the ground! First introduced in December 2010 during the first season of Conan, he came back year after year because of his unforgettable theme song (sung by Brian Stack, you can download it here). You can watch Minty’s first appearance above, but YouTube has sequels from 2011, 2012, 2013 and even 2016 when Jack McBrayer sported a Minty Christmas sweater that we’d love in size Large if you’re reading this, Conan. — Alex Lauer, Senior Editor