From chasing waterfalls in Argentina to literally climbing Mt. Doom 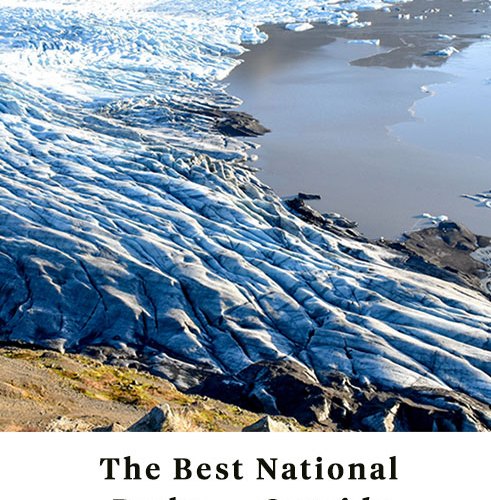 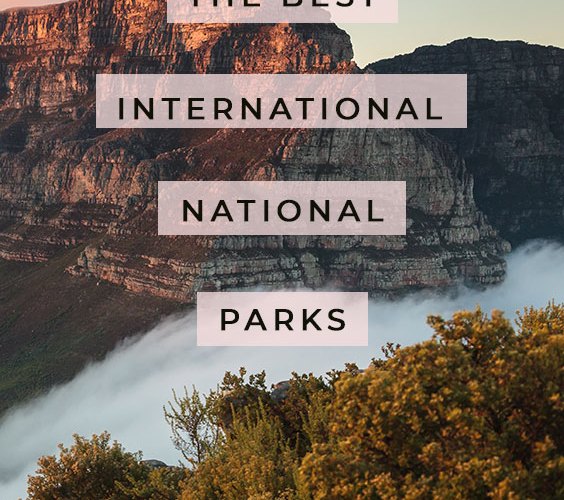 Saturday marked the beginning of National Park Week, and there’s quite a bit to celebrate this year.

The Grand Canyon just turned 100, attendance numbers have been humming along at more than 300 million visitors per annum since 2015, and Indiana Dunes just became the 61st U.S. National Park. It’s only the fifth Park to join the list since 2000, comprising 25 miles of prairie and beach land along the southern shore of Lake Michigan.

Now, protecting public lands may strike you as a distinctly American enterprise. Conservationist John Muir famously devoted his life to the cause, Teddy Roosevelt signed his weight in protectionist executive orders, and forester and author Bob Marshall wrote in 1930 that the country’s protected wilderness was a “dynamic beauty … that gratifies every one of the senses … [the] one hope of repulsing the tyrannical ambition of civilization to conquer every niche on the whole earth.”

These men are icons of American history, and their commitment to protecting our wilds has become a kind of National baton that’s proudly been passed down by the generations that followed.

Consider documentarian Ken Burns, who in 2009 released The National Parks: America’s Best Idea, a 12-hour miniseries on the history of our public lands. It’s worth a watch (assuming you can get behind the Reconstruction-Era voice acting and slow, purposeful zooms on blurry photographs), but it’s also a tad inaccurate. Just look at the title: the idea to establish national parks doesn’t belong to any American past or present. It came from … Mongolia, of all places.

In 1778, while the States were still fighting for their sovereignty, Mongolia was busy protecting a mountain called Bogd Khan. The Mongolian governor sent a letter to the Qing Dynasty describing the area as “marvelous” and “worshiped.” The request for protection was approved, and the world’s first national park was formed. Almost exactly 100 years later, the second non-American national park came about, in Australia. It was an hour south of Sydney, with natural pools and sea cliffs, and was dubbed Royal National Park.

That was the first of Australia’s current total: a mind-bending 685 national parks. Seriously. No other nation has nearly that many, though five other countries have topped our 61. Thailand and India, for instance, both have more than 100.

Which got us thinking: learning the ins and outs of the thousands of national parks around the world might be a fool’s errand, but how about acquainting ourselves with a manageable 10?

Below, we’ve curated those 10 parks, each expressly selected for the adventures for which they’re best known. From catching the Northern Lights atop a glacier in eastern Iceland, to rappelling down a sandstone above Cape Town, to literally climbing Mt. Doom, this is your guide to off-gridding no matter what continent you find yourself on.

Except Antarctica. You’re on your own there.

IGUAZU NATIONAL PARK
Misiones Province, Argentina
The skinny: Designated in 1984 and located in the northeastern “thumbs up” corner of Argentina, the park is shared with Brazil (not unlike Niagara Falls for the U.S. and Canada). It’s part of the Alto Paraná Atlantic forests, an ecoregion filled with dense, tropical fauna and wildlife ranging from jaguars to diverse butterflies.
Your marching orders: The showstopper here is the park’s 262-foot drop, where the Iguazú River cascades down in a series of waterfalls. Be sure to sample each of the park’s three, 45ish-minute walks to get each vantage point. One viewing deck even reaches out over the edge of the falls.

TABLE MOUNTAIN NATIONAL PARK
Cape Town, South Africa
The skinny: Designated in 1998, Table Mountain was formerly known as Cape Peninsula National Park. It contains both Table Mountain, which is the flat top plateau featured prominently in Cape Town postcards, and the Cape of Good Hope, a rocky coastline about 30 miles south of the city.
Your marching orders: To the mountain! Book a session with Abseil Africa for an afternoon of rappelling down Table Mountain. It will probably be terrifying, and there’s a surprise halfway down the mountain (when the rock abruptly cuts in, leaving you suspended over thin air), but otherwise you just gotta push down slowly and enjoy the insane view. To really come in prepared, watch the video here.

BLUE MOUNTAINS NATIONAL PARK
New South Wales, Australia
The skinny: Designated in 1959, Blue Mountains takes up over 662,000 acres due west of Sydney. “Mountains” is actually a bit of a misnomer, since the park sits on a raised plateau. The most visited park in New South w/ales includes four major rivers and a third of Australia’s bird species, though it’s particularly famous for “The Three Sisters”, a sandstone rock formation.
Your marching orders: There are at least eight fantastic hiking trails through the Blue Mountains, with varying degrees of difficulty. You’re here for the tough one. Hop on the 27-mile Six Foot Track from Katoomba to Jenloan Caves. It’ll bring you past waterfalls, over a bridge straight out of Indiana Jones and should take about three days.

MANÚ NATIONAL PARK
Madre de Dios, Peru
The skinny: Designated in 1973, this biosphere reserve comprises the riverlands of the Amazon Basin and the grasslands of the lower Andes. Biodiversity is off the charts here, with estimates of up to 5,000 plant species and over 200 mammals.
Your marching orders: Birders, bring your binoculars. More than 800 bird species have been spotted in the park. Be aware that up to 75% of of the park is off-limits to visitors, so you’ll want to book your trip with a local outfit like Local Trekkers Peru that will make sure you take advantage of as much as possible.

KHAO SOK NATIONAL PARK
Phanom District, Thailand
The skinny: Designated in 1980, this virgin forest along the east coast of Thailand is the descendant of a rainforest that predates the Amazon. It’s best-known for the massive mudstone rocks that rise out of the water, but the park also contains 5% of the world’s species (from Asian elephants to bears) as well as a hydroelectric dam that feeds the artificial Cheow Lan Lake.
Your marching orders: We won’t question America’s place on the whitewater rafting throne. Some exceptional tubing can be found in other parts of the globe, though, especially in Thailand, between the months of June and November, when the river runs high and fast due to monsoon season. Book an afternoon with Khao Son River Tubing and mind the downed trees.

FOR CATCHING THE NORTHERN LIGHTS …

VATNAJÖKULL NATIONAL PARK
Vatnajökull, Iceland
The skinny: Designated in 2008, this is one of only three national parks in Iceland, if you can believe that. It covers literally 14% of Iceland and claims the title of Europe’s largest subarctic glacier, and has also played backdrop to some Game of Thrones shoots.
Your marching orders: Even in Iceland, actually seeing the Northern Lights can be tricky. Your best bet is to head there between late September and mid-April (essentially, when it gets cold and the sun starts setting earlier), and either book a tour with Arctic Adventures, or rent a battle-tested 4×4 and drive out yourself. Entries to the glacier are about four hours from the capital Reykjavík. The local Mecca for Northern Lights sightings is Jökulsárlón Glacier Lagoon.

FOR GETTING UP AND CLOSE WITH ANIMALS …

CORCOVADO NATIONAL PARK
Osa Peninsula, Costa Rica
The skinny: Designated in 1975, the largest park in Costa Rica also has the largest old-growth forest on the American Pacific coastline. Logging here only began in the 1960s, so the land is relatively untouched by mankind and still contains 13 types of vegetation.
Your marching orders: Jaguars, pumas, sloths, squirrel monkeys, anteaters and a couple hundred more mammals share the forest floor with poison dart frogs and American crocodiles, while sea turtles and hermit crabs hound the beach and spotted dolphins swim along the coast alongside humpback whales. It’s Noah’s ark on steroids, and you’ll need a guide to see it properly.

FOR ROAD-TRIPPING FROM THE STATES …

PACIFIC RIM NATIONAL PARK
British Columbia, Canada
The skinny: Designated in 1970 and located about five hours west of Vancouver (British Columbia is huge) along the west coast of Canada, Pacific Rim is a tree-lover’s haven with western hemlock, Sitka spruce, western red-cedar, deer fern and sword fern sharing the canopy. It’s a popular spot for kayaking, hiking and even surfing.
Your marching orders: Be warned, any road trip here from America is going to take some commitment. Even Seattle is eight hours away. We like it as an underrated extension to a month-long tour of the Pacific coast. Start in San Diego and head all the way up. Bring a sea kayak and take it out for a spin at the Broken Group islands.

Tongariro National Park
Ruapehu District, New Zealand
The skinny: Designated in 1887, Tongariro sits on New Zealand’s North Island. It’s the country’s oldest national park, and includes three active volcanoes (Tongariro, Ngauruhoe and Ruapehu); the last eruption came from Tongariro in 2012. The summits of each are sacred to the indigenous Māori people, and you may recognize Ngauruhoe: it played Mt. Doom in Lord of the Rings.
Your marching orders: You’re here to tackle the ultimate day hike, the Tongariro Alpine Crossing. It’s 12 miles and should take less than eight hours. Expect to see raw lava fields, hot springs, the phosphorescent Emerald Lakes, and yes, Mt. Doom itself.

KRKA NATIONAL PARK
Karlovac County, Croatia
The skinny: Designated in 1985 and located in southern Croatia, the park features seven waterfalls along the Krka River as well as ancient Roman catacombs and a 15th-century Franciscan monastery along its hiking routes.
Your marching orders: Croatia’s largest and most popular national park is Plitvice Lakes. It’s stunning, with 16 tiered lakes all connected by a natural limestone dam. But … swimming is banned and it costs $35 to enter. Meanwhile, you can swim at Krka, and should. Come summertime, head to Skradinski buk, a calcium carbonate waterfall flanked by traditional watermills, which allows guests to go swimming.

It Seems the Star Defectors of LIV Golf Series Are No Longer Good at Their Craft
Defectors to LIV Golf Invitational Series Have Started Teeing Off on PGA Tour
Meet the Canadian Distillery Behind the World’s Best Rye
Canceled, Delayed or Bumped? Here’s What You’re Entitled To.
The Ideal Bonita Springs Getaway Is More Than Alligators, Tacos and Piña Coladas

30 Songs for a More Pensive Fourth of July
It’s the Fourth of July. Do You Know Where Your Fireworks Came From?
Ambitious Restomod Turns a Subaru WRX Into a Supercar
10 Questions You’ve Always Wanted to Ask Someone in a Throuple