In ax throwing, success comes from momentum, precision and practice — not strength.

Instead of running up a tab at a local bar, Brooklyn’s newest venue invites you to come in, grab an ax and chuck it at the wall.

“The first time I threw it, I stuck,” Ginger Flesher-Sonnier, the founder and owner of Kick Axe Throwing, told RealClearLife. “It was so satisfying. It’s a nice finality to your movement, it’s almost like you can feel it in your body when it sticks.” 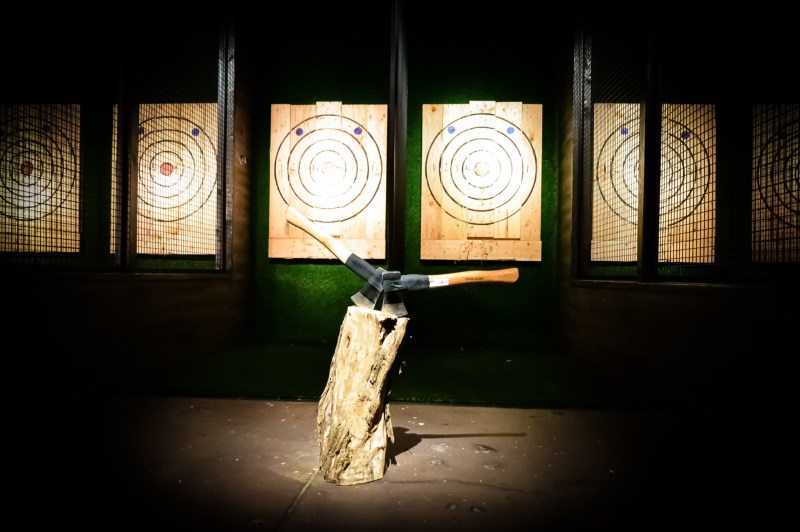 Safety protocols at Kick Axe mandates that participants have to lodge their ax in a stump to hand off to the next person. (Diana Crandall/RealClearLife)

You’re not alone if you’ve never heard of ax throwing. The sport got its start in Canada, and Flesher-Sonnier, who has a background in escape rooms — physical adventure games that require participants to solve riddles or puzzles in order to “break out” of a location —  says she got hooked when ax throwing started to trickle down to the U.S.

“We decided to try it out and fell in love,” she said.

But don’t think of Kick Axe as an archery range. The inviting interior feels less like a brick warehouse in the hipster neighborhood of Gowanus where it’s located and more like a ski lodge nestled somewhere in the Rocky Mountains, with a wine, beer and malt bar adjacent to a living room so large you’ll forget you’re still in Brooklyn. It’s meant to appeal to locals with an adventurous streak —it’s flanked by Brooklyn Boulders, Brooklyn Fencing and Brooklyn Music Factory—but in trying political times, it’s also a place where anyone can productively channel rage. Appropriately, Flesher-Sonnier is preparing to open a 20,000-square-foot location in Washington, D.C. 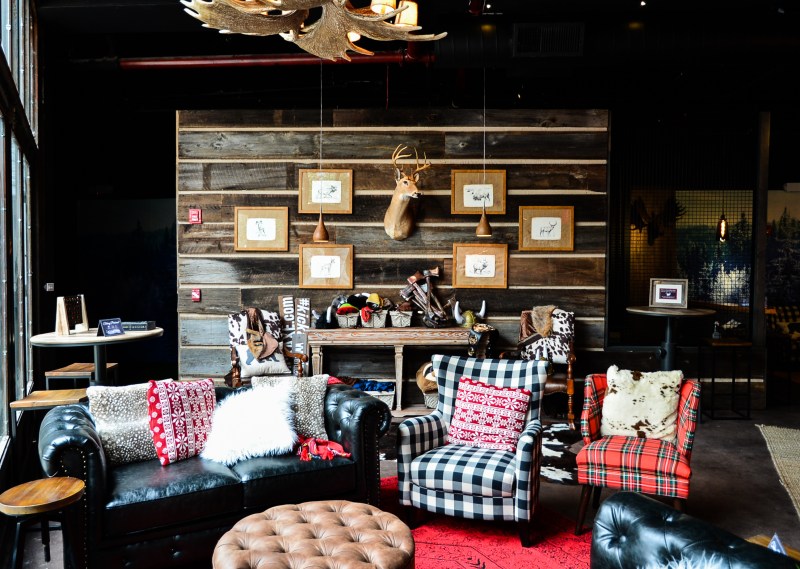 For now, the Brooklyn location is complete with a taxidermy buck and elk overlooking the entrance, with Paul Bunyon’s Babe ox standing guard outside. Flesher-Sonnier said she wanted to create a space people wanted to come hang out in.

“I want people to feel comfortable, that this space is well put together and cozy. We’ve been to ax-throwing venues that are just simply plywood, and it’s chilly or uncomfortable with nowhere to really sit.” 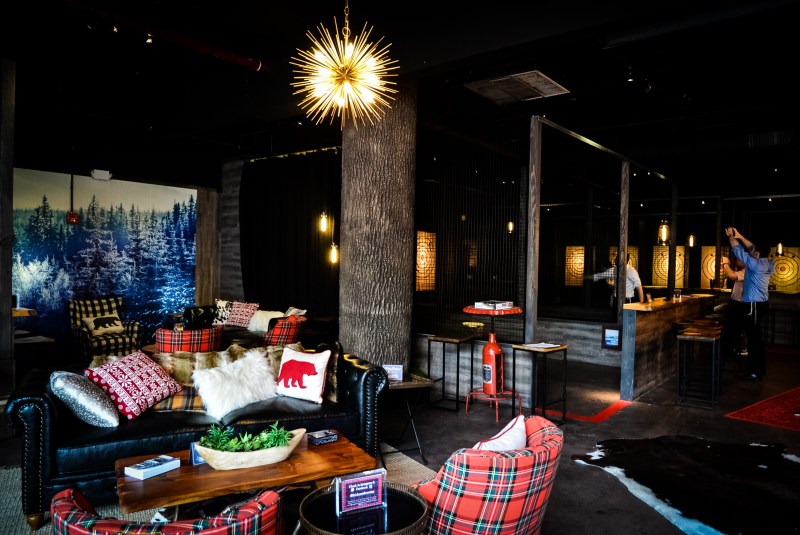 Cozy is an understatement. Kick Axe is inviting everyone —from bachelorette parties to corporate outings — to hang out. Customers who want to throw pay $35 each for guidance by on-site “Axperts” who walk through safety protocols and proper throwing technique before  an hour and a half of toss time is enjoyed. Anyone who wants to watch can do so free of charge.  The staff also ensures no one is having too good of a time — the limit for drinks is between two and three.

“If you appear to visibly intoxicated in any way, you can’t throw,” Flesher-Sonnier said. But even if you have to stop throwing, you don’t have to leave — there are plenty of other ways to entertain yourself at Kick Axe, including Jenga, Connect Four and a Bob Ross puzzle.

Of course, for truly rugged adventurers, you can save the $35, go camping and practice your ax-throwing skills for free in the woods. But then it would be harder to get a Brooklyn lager on tap.

Interested parties are encouraged to make reservations online.  “Once this gets up and fully running, there’s not going to be walk-ins available,” Flesher-Sonnier said. And it doesn’t matter if you’re part of a bachelorette or corporate party. There’s an ax to grind for everyone.