The One Thing No One Tells You Before Buying an RV

Sales are up, but quality issues persist. What gives?

Whether you're buying a motorhome, camper van or trailer, there's one common thread between all RVs: repairs.
Willian Justen de Vasconcellos/Unsplash
By Alex Lauer @alexlauer 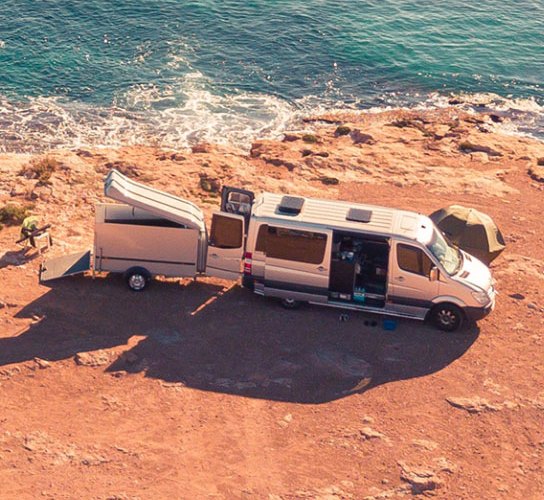 In 2018, RV companies in the U.S. manufactured over 482,000 vehicles. In 2009, they only produced 165,700. Part of that massive growth has to do with a rebound from the recession, part of it with an increase in interest from millennials (#VanLife is more than a hashtag). But as production increases, users seem to be experiencing more and more quality issues.

Curbed set out to get to the bottom of the issue, talking with the industry, experts and enthusiasts in a new feature titled “The truth about RVs.” The main takeaway? While RV designs have changed over the years for motorhomes, camper vans and trailers, a lack of skilled technicians and infrastructure to deal with repairs is what’s likely causing so much frustration.

According to Curbed, there are roughly 13,000 RV technicians across the country. But as they write, this September,“a $10 million facility called the RV Technical Institute is set to open in Elkhart County, Indiana, where more than two-thirds of RVs in the U.S. … are made.” Its mission? Enhance the skills of current technicians and train in new ones.

What’s the big deal about repairs? Wouldn’t the overwhelming need for technicians imply poor quality of RVs? It’s not as simple as that. But the repair issue leads to the other big takeaway from the piece — that there’s one thing no one tells you when buying an RV for the first time.

“Unlike cars, which are built along robotic assembly lines, RVs are largely built by hand along manual assembly lines. They are, at their most fundamental level, houses on wheels,” writes Curbed. Bob Wheeler, president and CEO of Airstream, put it to the publication another way: “The fact is that 50 percent of our buyers are first-time RV owners.” He continued, “Just about every one of those people thinks they’re buying a car, and their expectations are extremely high.”

In other words, the truth about RVs is that they’re more like recreational houses than recreational vehicles. And as every homeowner knows, there is always work to be done on a house.