The new Munro MK_1 takes a different approach to Tesla, Ford and Rivian

Not impressed by mainstream electric SUVs? Maybe the Munro is more up your alley.
Munro Vehicles
By Alex Lauer @alexlauer

As electric vehicles roll out around the world, major automakers are generally taking the approach that electric powertrains should go hand-in-hand with high-end tech. Tesla has its giant do-it-all touchscreen and so-called Full Self-Driving system. The Ford F-150 Lightning can be loaded with an in-vehicle 4G LTE wifi hotspot. And most vehicles, even those from newcomers like Rivian, can be equipped with new features through over-the-air software updates.

What if you want the benefits of an EV powertrain but don’t care for all the high-tech add-ons and the headaches that sometimes come with them? Then you may want to take a look at the Munro MK_1, a brand new utilitarian electric SUV that was revealed on Monday. Not only does Munro hope their boxy 4×4, which calls to mind old-school Land Rover Defenders, will fill a need that’s not currently served by auto manufacturers, but they hope it will revive car manufacturing in Scotland.

The MK_1 is the first model from Munro Vehicles, which was founded in 2019 and bills itself as Scotland’s “only volume production car company.” In a press release, the company pitches the 4×4 mostly as a commercial vehicle for “construction, agriculture, mining, environmental, emergency rescue [and] remote infrastructure maintenance” businesses looking to decarbonize, but they also note that they believe they’ll find buyers looking for a “recreation” vehicle, writing that the hulking SUV will still look good “parked outside an upmarket restaurant.”

The clearest indication that the MK_1 is more of a worksite vehicle is its barebones cabin, which prioritizes utility over comfort and delicate technological touches.

“The switches will be familiar to anyone using farming equipment and heavy plant,” says cofounder Russell Peterson. “They can be operated with gloves on. They’re fully waterproof, so with the hardwearing floor and door surfaces, the whole vehicle can be power washed from waist height down. The switches are almost impossible to break, but if they get damaged, they are quick, easy, and inexpensive to replace.”

According to Munro, the MK_1 will be offered with either a 220 kW or 280 kW single electric motor and a 61 kWh or 82 kWh battery pack. The maximum range will be 190 miles or, explained by them in a different way, it can run up to 16 hours on a single charge. When using DC fast-charging, the battery can be filled in as little as 30 minutes. As for performance, it can reportedly handle a payload up to 2,200 pounds and tow up to 7,700 pounds, which is roughly the same as offered by the F-150 Lightning (though towing has been shown to significantly reduce range). 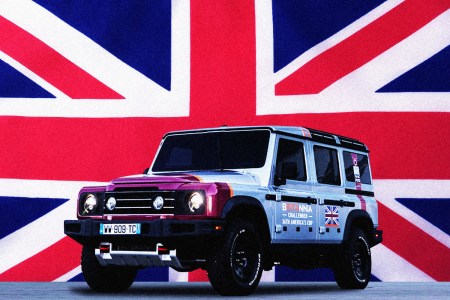 The False Hope of Brexit, Summed Up by a Billionaire and His Defender

Is this performance compelling enough for businesses and personal buyers to bite? We’ll need to see it in real-world testing first, as we’ve seen plenty of EV startups make big promises and fail to deliver. One such company was Bollinger, which promised to build electric trucks and SUVs for normal consumers, but then earlier this year scrapped those plans to focus on commercial vehicles; and in fact, Munro’s head of design is Ross Compton, who previously worked at Bollinger. (Now you know why the Munro and Bollinger EVs look so similar.)

It won’t be long before we see whether or not the MK_1 is up to snuff. Munro plans to build 50 vehicles in 2023 and then transition production to a new site near Glasgow in 2024. Once at the larger facility, they aim to increase production to 250 vehicles per year “with a strategic roadmap in place to deliver 2,500 units annually by 2027.” 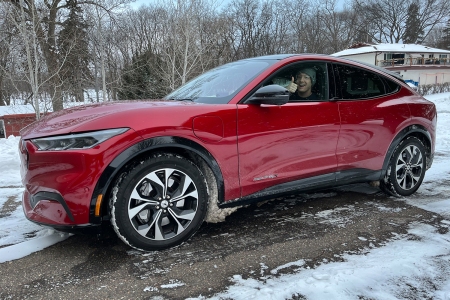 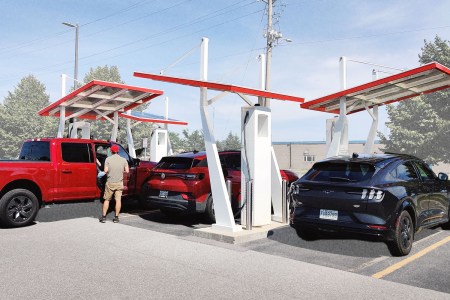