This Is the Best Country for Working Abroad

A survey of expats is kind to Asia, while the U.S. falls short

If you’re going to work and live abroad, be wary.

And that’s just a warning to workers coming to the United States, which was ranked as the 16th most dangerous place to live in 2019, according to a new survey of expats by InterNations and Expat Insider.

If you’re looking for an overall fantastic working or living abroad experience, however, your best bet is Taiwan.

That’s all from a new report, “The Best & Worst Places for Expats in 2019,” featured over 20,000 expat participants representing 182 nationalities across 187 countries and territories (although only 64 destinations had enough responses to qualify). To rank the best and worst destinations across the globe, the survey (now in its sixth year) focused on categories including quality of life, ease of settling in, working abroad, family life, personal finance and cost of living. 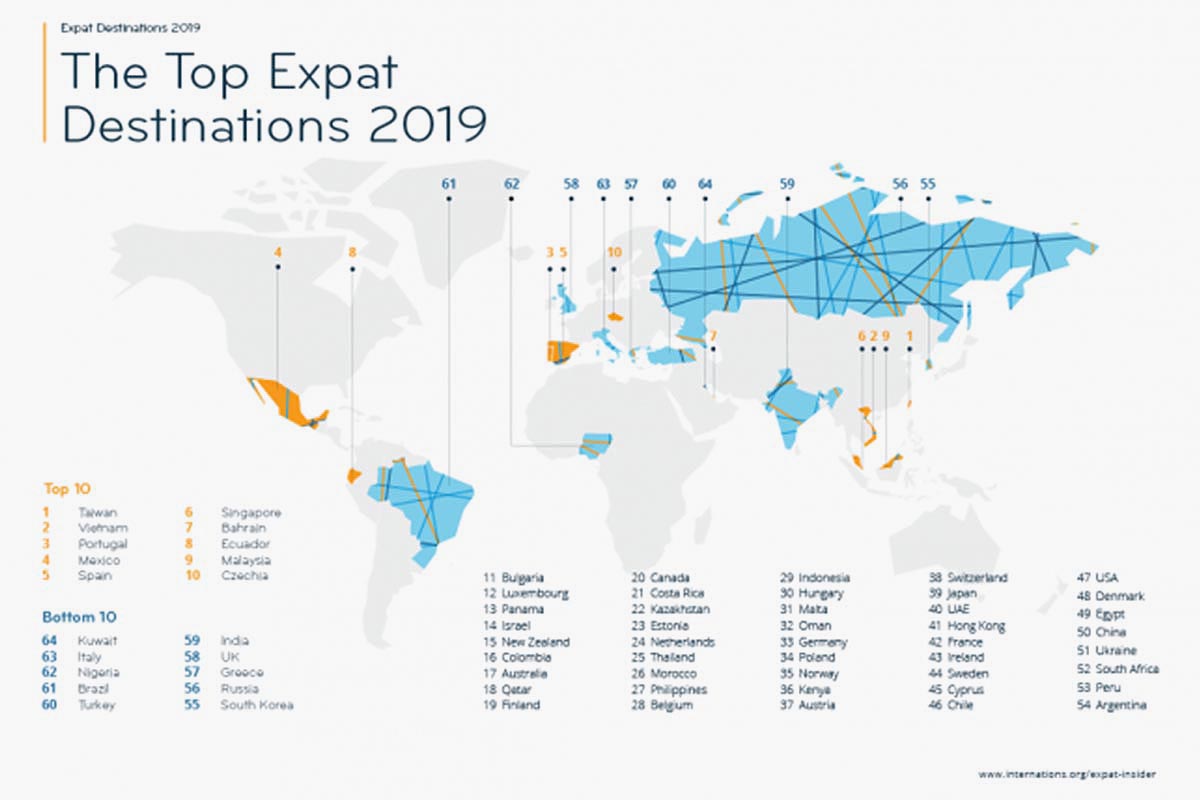 As for the U.S.: It ranked 49th (out of 64) in the Safety & Security subcategory, and it was also the most expensive country for expat health. However, the country did generally well in “Digital Life” (7th), leisure options (23rd) and career prospects (14th).

And that safety category might have been influenced by events at the time: As InterNations founder and co-CEO Malte Zeeck told Forbes, “The 2018 survey ran in late February / early March, not too long after the school shooting in Parkland, Florida. This was widely reported about at the time and, as the survey is based on expats’ subjective opinions, it may well have affected how they rated the country at the time.”