It's certainly possible. But Yankee fans would settle for "just" 62.

The New York Yankees have completely lost their form since the All-Star Break. One could argue that the club’s five rock-bottom moments of this season have all occurred over the last 30 days:

There has been one consistent positive throughout all of this muck — the play of Aaron Judge. The 30-year-old outfielder currently leads the team in essentially everything: batting average, runs, hits, OPS, total bases, WAR, walks, RBI, you name it. The solitary statistic in which he’s looking up at two of his teammates is doubles (he has 19, on pace for 27), and you can probably guess why. Judge’s hits don’t normally bounce off the wall. They fly well over it.

Since the All-Star Break, Judge has hit 12 home runs, driven in 29 runs and raised his batting average to .304. With Giancarlo Stanton currently on the IL, Anthony Rizzo dealing with a sore back and now Carpenter out until at least mid-September, the Yankees have needed every ounce of offensive production he’s provided. They’re still 10 games ahead of the second-place Toronto Blue Jays, but crazier collapses have happened before.

There’s a sense, though, however false, that the division is wrapped up. Even YES Network programming has entertained the notion: instead of promoting late-season series in customary fashion, as meaningful games with playoff-level atmospheres, the media are obsessing over Judge’s “chase for 61,” the iconic American League and franchise record for home runs, set by Roger Maris in 1961. The Yankees have an important three-game set in Boston this weekend, despite the fact that the lowly Red Sox are 16.5 games out of first place. As much as the focus should be on the Yankees taking these games and righting the ship, fans, commentators and sportswriters will likely fixate on how many Judge hits over the Green Monster.

You can tell the circus eats at him; for one, Judge would rather talk about the team. Like Derek Jeter, he’s never answered a direct question about his own accomplishments. Here’s the 6’7″ slugger dropping his standard sound bites to the media just yesterday: “We’ve got this big lead in the division and want to maintain it and we know we want home field [advantage] in the playoffs, so there’s other stuff to play for. We have games to win, so I’m not worried about stats.” On the subject of “Maris pace,” Judge replied: “I’m not thinking about that at all. I’m not even close yet.”

There’s another reason Judge is reluctant to talk his home run totals, though; he’s said he doesn’t think of himself as a home run hitter. That might read as ridiculous, but it speaks to his evolution as a contact hitter with otherworldly patience at the plate. Skipper Aaron Boone has confirmed in the past that it’s “important” to Judge to hit over .300 over the course of a season. (The closest he’s come was .287 last year.)

“I’ve always said a good hitter is a guy with a high average,’’ Judge told The New York Post earlier this summer. “That’s what I saw in a lot of greats [like] Albert Pujols and Miguel Cabrera. They hit .300 and the power came with it. It’s always a goal of mine to try to hit above .300. I’m working towards it.”

You’d better believe that Judge remembered the public flogging he received when he struck out a record 27 times in the 2017 playoffs, his very first trip to the postseason. In the half-decade since, he’s dealt with injuries and a truncated pandemic season, but has fostered an ability to lay off pitches (sliders outside, principally) that once regularly sent him scuffling back to the dugout. As for the home runs: when he makes good contact, the balls just happen to go really far. His exit velocity is tops in the league, year after year.

No matter what Judge says to the media, or tells himself in order to stay locked in at the dish, you’d have to imagine he cares about home runs…because they lead to wins. One of the more absurd stats about these modern Yankees is that the club has lost exactly one game in which Judge and Stanton both homer. If they put balls in the seats, it’s virtually a lock that their team will win. And with an uncertain free agency looming, Judge must be self-aware enough, too, to understand that this is what the fans come to Yankee Stadium to see.

I was there the day he hit his 200th, in an 8-2 flogging of the Kansas City Royals last month, and the cheers for Judge’s home run far outweighed those of any other run on the day. Fans want to text their friends that they saw a Judge home run. When Yankee fans receive a notification that the team took the lead, they’re not hoping to see “Isaiah Kiner-Falefa sacrifice fly.” They want to see “Aaron Judge solo shot.” Yankee fans are far from beggars in a season (recent struggles, notwithstanding) that has been this successful; there are specific ways they’d prefer to win these ballgames.

The dream scenario? The Yankees win the AL East, secure home-field advantage with a better record than the Houston Astros, and Aaron Judge hits 62 home runs. Can he do it? Yes. He’s currently on pace for 65, according to ESPN’s projection system. Here are his home run totals by month, to date:

If Judge hits five more in August (a conservative estimate) he’ll enter September with 50. By that point, he’ll have more protection in the lineup again, with the full return of Rizzo and Stanton — in addition to Carpenter — while guys like Gleyber Torres and Andrew Benintendi will likely have broken out of their current slumps. That’s to say, Judge will start seeing some fastballs again. (Hurlers have been pitching around him in August, and you can’t exactly blame them.) Judge would then have all of September, plus six games in October, to hit 12 more home runs.

Based on what we’ve seen this year, it seems difficult to bet against him making it happen, especially if he stays healthy. The man cares about winning more than anything, and those will be meaningful games up to the very end. You could argue the pressure will get to him, but Judge has always flexed power in high-leverage situations (his postseason home run total would prorate to 50 over a 162-game season), and his performance in a walk year suggests he might even prefer the added eyeballs.

Could Judge hit more than 62? Could he even hit 70, a onetime-unthinkable total that was reached once by Mark McGwire, and once by Barry Bonds (who set the single-season record with 73, in 2001)? It’s unlikely, but yes, he could. That would require another 10 home runs or so this month, matching his season-high for a month of 13, and then a scorching September/October, with 15 to close it.

But while it’s possible, it’s hardly expected of him. Blame the stain of steroids on Bonds, McGwire and Sammy Sosa (who hit 66, 64 and 63 home runs in various seasons), or chalk it up to the mythology of Maris, chasing the ghost of Babe Ruth, an eerie 61 summers ago this year, but “61” is still the kingmaker in MLB. If Judge reaches it, he’ll have done more than enough. And if he does, chances are, the Yankees will have won a lot of games when they matter most. That’s all he wants, anyway. 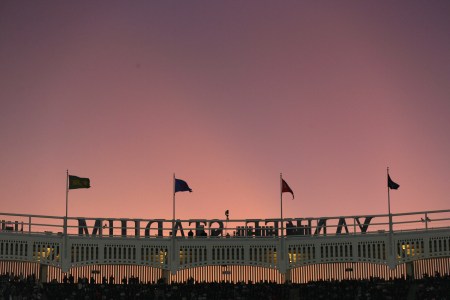 Why the Yankees Need a Losing Season 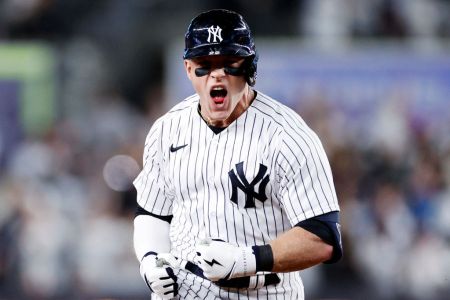