Worm-eating oyster mushrooms, to be specific

Oyster mushrooms have many uses, it turns out.
Zinnmann, CC BY-SA 3.0
By Tobias Carroll @tobiascarroll

The phrase “pest control” seems relatively straightforward, but for many people working in agriculture, the reality is anything but easy. Without a way to control insects, worms and other creatures that snack on produce as it grows, a harvest can be disrupted or destroyed. But pesticides can have hazards of their own, including to people who consume fruits, vegetables and other foods treated with them.

This is why scientists are searching for something in the middle, a pesticide that’s chemically effective but also naturally occurring. Serendipitously, this middle ground between plants and the animals that want to eat them might well come from living things that fall into neither category: namely, fungi.

No, this isn’t a prelude to a farm-centric spinoff of The Last of Us. Instead, The New York Times recently reported on research into an unusual aspect of the oyster mushroom. Which is to say, it dines on worms. (Wait, maybe this is a prelude to a Last of Us spin-off. Uh-oh.) Scientists have been looking into how this takes place, and it seems they’ve found an answer that could have implications far beyond the dining habits of various mushrooms.

A paper recently published in Science Advances offers more details on their findings. The study’s authors write that “the oyster mushroom has evolved a specialized structure containing a volatile ketone to disrupt the cell membrane integrity of its prey, leading to rapid cell and organismal death in nematodes.”

As the Times article notes, the properties of the ketone mean that it can’t simply be transposed on a large-scale pest control level. But it does increase the store of knowledge available for scientists working to keep crops safe — and could lead to breakthroughs in the future. 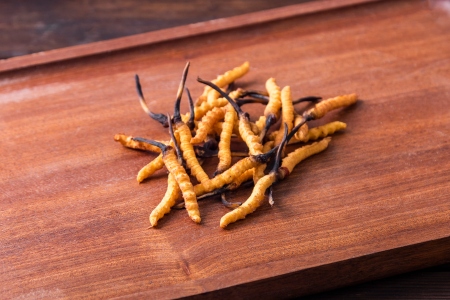 Tracking Down the Shoeless Mushroom Guru of the West