Stark design and plenty of information

Thousands of concrete blocks installed to break the Mediterranean Sea waves along the waterfront in Egypt's coastal city of Alexandria.
KHALED DESOUKI/AFP via Getty Images
By Tobias Carroll @tobiascarroll

Their locations and climates may differ, but many waterfront cities around the globe are facing a critical issue: how best to prepare for the impact of climate change. That’s led to some infrastructure changes in New York City, along with alarming flooding elsewhere in the world. For economists and urban planners, there’s another question that comes along with these concerns — namely, how do you anticipate the costs of climate change decades down the line?

As it turns out, there’s a calculator for that now.

The project Second Sea enables visitors to calculate the economic effects of climate change on a vast array of coastal cities — including Manila, London, Naples and Montevideo. Users can select a given city and a year through 2100. The third variable is the representative carbon pathway, with three options to choose from: 2.6, 4.5 and 8.5.

Once entered, the site then runs a series of calculations, resulting in a statement that indicates sea level rise and the cost of damages; it also breaks that dollar amount down by different nations’ contributions to global pollution.

An article at Dezeen offered more details about the project and its origins. Adrian Lahoud, who heads the Royal College of Art’s school of architecture, spoke about the project there. “We have focused on sea level rise and coastal cities for this iteration of the platform because that is where we have the most robust data,” he told Dezeen.

It’s a striking reminder of the costs of climate change — as well as an indicator of the global impact of reducing carbon all around the world. In this case, an eye-catching design doesn’t hurt, either. 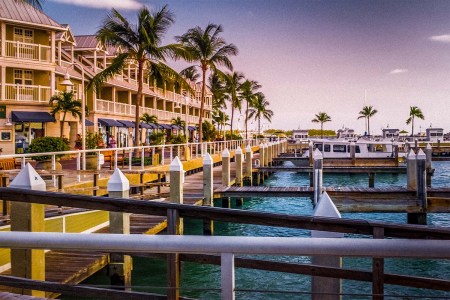 CN Traveler’s Best Small US Cities of 2022 Is Out, and It’s Crazy