Orion is en route to its destination

Earlier this week, NASA’s first Artemis mission to the Moon launched from Kennedy Space Center. While the initial mission is not crewed, this one is paving the way for future missions carrying astronauts on board to revisit the Moon and look beyond.

At the time of its launch, NASA anticipated that Artemis I would reach the Moon on November 21. As it makes its way there, there’s time for some milestones along the way. And one of them was the subject of some visually striking footage recorded by a camera on one of the vehicle’s solar arrays.

As an article at Space.com notes, this camera is one of 24 which are placed at various points along the Orion spacecraft. This will be an extraordinarily well-documented voyage to the Moon and back — with Orion scheduled to arrive back on Earth on December 11.

Even as Artemis I is underway, NASA is taking steps to plan the subsequent missions. Earlier this year, a number of potential landing sites for Artemis III were announced. More details have also emerged on the specifics of how both Artemis II and Artemis III will bring their crews to the lunar surface. It’s an exciting time to have an eye on space exploration — both right now and in the years to come. 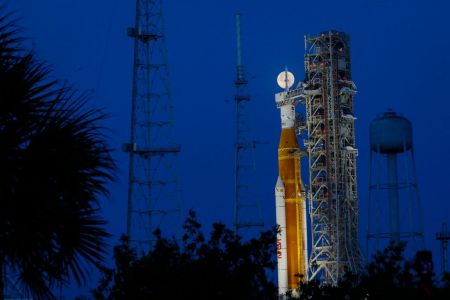