Ford Is Ditching Nearly Its Entire Lineup of Compacts and Sedans

Don’t worry, the Mustang will live on

Thanks to a combination of market pressures and changes in consumer driving habits, Detroit automaker Ford — in a bombshell of an announcement this week — revealed its plans to kill off its entire fleet of compact cars save for the Mustang and the Focus Active, a crossover offering coming in 2019.

That means the the Fiesta, Taurus, Fusion and current Focus models are all destined for that great big junkyard in the sky.

To many insiders, the news more or less fulfills a future that Ford has been hinting at all year, the New York Times having reported that the automaker, in an attempt to restructure its profit margins, was thinking of nixing small and mid-size cars.

Instead, the company appears to be retooling its North American approach to appeal to the growing SUV, truck and crossover markets, which have seen a major expansion thanks to advances in fuel economy.

Which is to say: Why buy a compact car when you can buy a more versatile hybrid/electric SUV or truck that is equally eco-friendly? Utility vehicles are just simply not the same gas-guzzling bruisers of 10 years ago.

In the end, the decision is being billed as a severe (but smart) business decision, and if you look around, it’s indicative of the direction in which the pendulum now swings. As CNN Money points out, Fiat Chrysler did away with the Dodge Dart and Chrysler 200 in 2016. Meanwhile, GM doesn’t seem too far behind.

So in the end, it seems less like a Ford problem and more like an American problem. While we have an idea on the phase-out timeline, Ford’s strategy for phasing in new models is anyone’s guess.

But if one thing is for certain, they’ll be big, and they’ll be electric. 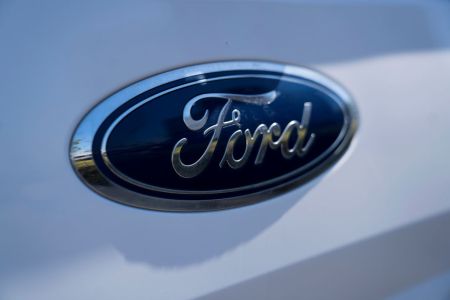 The Best Chronograph Watches at Every Budget
The 10 Best New Cookbooks of 2022
How to Spend a Perfect Winter Weekend in Vancouver
A Michelin-Starred Chef’s Guide to the Santa Ynez Valley
Best Bets: Expert NFL Picks for Week 14
Delicious Pastries Await at Gaby et Jules, Pittsburgh's Premier French Bakery
The First Rule of Making Competition-Style Texas Chili? No Beans Allowed.
A Return to Scary Normalcy: Krampusnacht Is Back
A Green Beret Commander on the War in Afghanistan, “Retrograde” and Those Still Left Behind