A scene from Westworld Season 1 (HBO)
By Shawn Donnelly 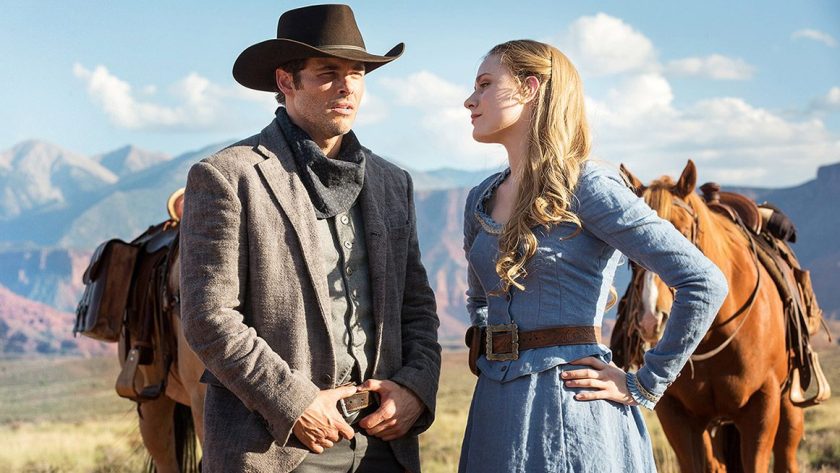 If you feel like there’s too much good TV out there and too little time to watch it all, you’re not alone. In a recent survey, 80 percent of Americans said they feel the same way.

And sure, that survey was done by me and I asked five people in the office where I’m typing this. But still, we can all agree that’s basically true, right? Between regular old network TV, cable TV, premium cable TV, and online content mills like Netflix and Hulu, there are a lot of programs out there. (More than there’s ever been in the history of the world, in fact.)

To catch you up on some buzzworthy new shows that—let’s face it—you’ll probably never get around to watching, we’ve provided a quick primer on each, as well as a smart/pseudo-smart thing you can say about each one, should the topic arise somewhere in your life. You can thank us later. 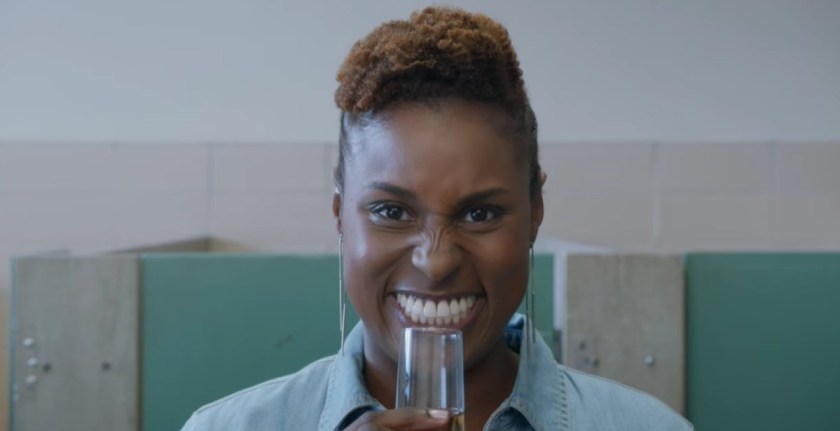 Westworld (HBO)
What It Is: An adaptation of a 1973 Michael Crichton film about an Old West–themed amusement park with lifelike robots that you can have sex with or kill—or both—with no consequences.
What to Say: “Westworld is a visually stunning show, but I have trouble rooting for its characters. That said, Thandie Newton is terrific as brothel manager Maeve.”

Marvel’s Luke Cage (Netflix)
What It Is: The latest Netflix series from Marvel, after hits Daredevil and Jessica Jones, this one tracks Luke Cage, who is literally bulletproof, as he attempts to protect Harlem from the evil forces that want to rip it apart.
What to Say: “Luke Cage explores black culture and the current black experience in America through a superhero prism. And that soundtrack is bumpin’.”

Insecure (HBO)
What It Is: A half-hour comedy about two college-educated black women in Los Angeles struggling with the challenges of relationships, jobs, and white people.
What to Say: “It’s like Girls only less irritating. I love when Issa Rae raps into the mirror. But I could do without all the bare male asses.” 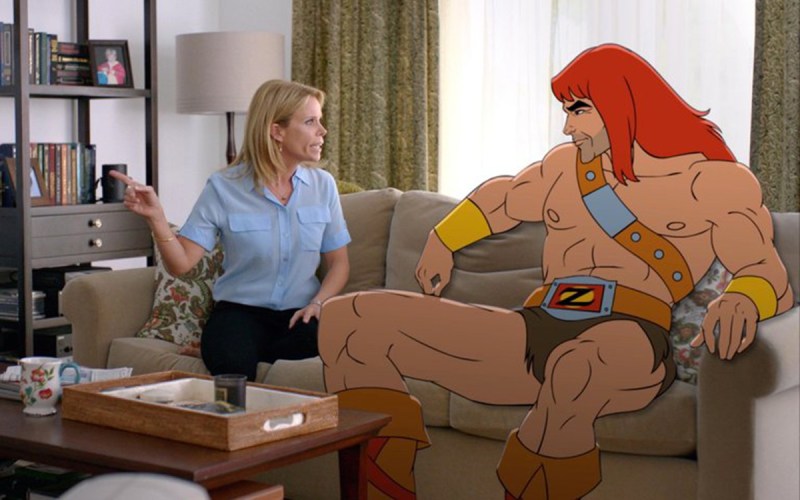 Son of Zorn (Fox)
What It Is: A live-action/animated hybrid about a cartoon warrior named Zorn (think: He-Man) who leaves the animated world of Zephyria to come to Orange County, California, to reconnect with his human son Alan and his ex-wife Edie (Cheryl Hines).
What to Say: “It’s really, really funny. Did you know Zorn is voiced by Jason Sudeikis? Yep.”

Divorce (HBO)
What It Is: A half-hour comedy from the creator of Catastrophe about a suburban New York City couple going through a drawn-out divorce. It stars Sarah Jessica Parker (of Sex and the City fame) and Thomas Haden Church (from Sideways).
What to Say: “I can’t believe I’m saying this, but it’s nice to see Sarah Jessica Parker on television again. And her chemistry with Thomas Haden Church is undeniable.”

The Crown (Netflix)
What It Is: A drama series created by acclaimed writer Peter Morgan about the reign of Queen Elizabeth II, from her wedding in 1947 to the present day. The performances are strong (John Lithgow plays Churchill!), and the sets and costumes are lavish.
What to say: “Did you know that the guy who created this also wrote The Queen, The Last King of Scotland, and Henry VIII? Talk about a royalty complex.” 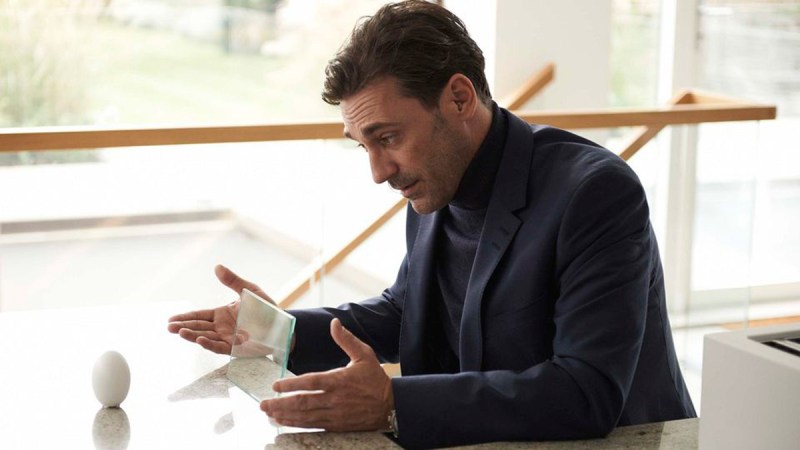 Black Mirror (Netflix)
What It Is: OK, this British series isn’t new, but many Americans have recently discovered it. Every episode has a different cast and a different reality, but they’re all about the way we live now—and how we might be living soon if we’re not careful.
What to say: “It’s essentially a Twilight Zone for modern times, but with more British accents. Also, that ‘White Bear’ episode was really messed up.”

Kevin Can Wait (CBS)
What It Is: A half-hour sitcom about a Long Island cop (Kevin James) who retires to spend more time with his wife and kids, only to find that his college-age daughter has dropped out of school, gotten engaged to a pretentious Brit, and needs to move back home.
What to Say: “Don’t kid yourselves. This is The King of Queens.” 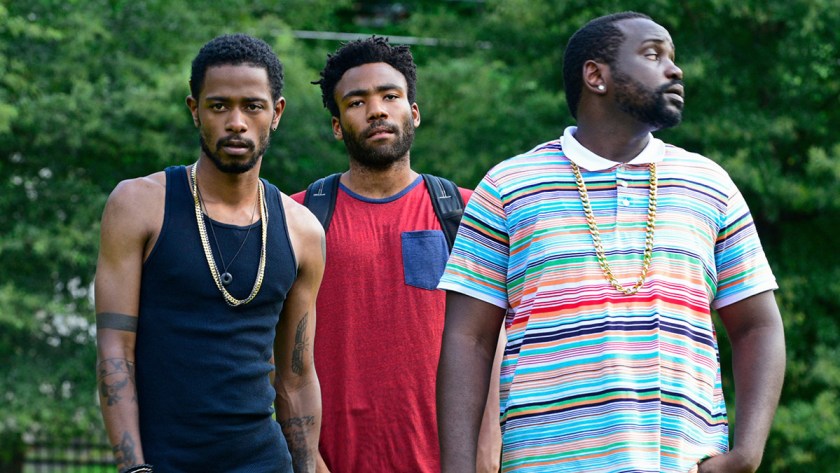 Atlanta (FX)
What It Is: A weird, existentially funny show starring über-talented Donald Glover (Community) as a man-child with a dead-end job, a baby mama, and a cousin with dreams of rap stardom.
What to Say: “For the first time, we get to see what the hip-hop world is really like, rather than a totally fake, glamorized version. The show is also a dreamlike rumination on modern manhood. With weed.”

Pitch (Fox)
What It Is: A fictional drama about the first female Major League Baseball player, Ginny Baker (Kylie Bunbury), and her struggles to fit in with her San Diego Padres teammates, including catcher Mike Lawson (Mark-Paul Gosselaar).
What to say: “That pitcher is hot! And Zack Morris got fat.”