Derek Carr is in trouble in the desert.
Sam Morris/Getty
By Evan Bleier @itishowitis

With the 10th edition of Monday Night Football over and done with, the NFL’s regular season has just eight more weeks of action before the playoffs begin. While we can’t get to everything — like the Bucs biohacking their way to victory in Germany — here are four of the top Week 10 NFL storylines and whether we’re buying or selling on ’em. (ICYMI, here’s what went down last week along with a clip of rules analyst Mike Pereria getting caught making a pretty suspect face on the NFL Network when he didn’t realize he was on camera.)

Buy: Derek Carr will take the fall for the Raiders

Following Sunday’s devastating loss to the Indianapolis Colts at Allegiant Stadium in Las Vegas, Raiders quarterback Derek Carr barely held back tears as he addressed the media following the defeat. Carr, who finished 24-of-38 for 248 yards with two touchdowns as the Raiders dropped to 2-7 under first-year coach Josh McDaniels, pledged to keep fighting even though Las Vegas has virtually no chance of qualifying for the postseason after going to the playoffs last year for just the second time since 2002.

“I’m never going to be perfect,” Carr said. “But the love I have for this place, and the effort that I’ll give, will be second to none, every time. The emotion of just nine years of stuff hit me today, for how much I really love this place. It’s not going to change anything. I’m going to come out here and fight and compete next week and that’s what I’m going to do.”

Unfortunately for the 31-year-old, what he does may not matter at this point as it is almost a certainty that heads are going to roll in the desert with the Raiders desperate to turn things around after losing to a Colts team that was being coached by someone with no prior coaching experience at the NFL or college level in Jeff Saturday. It may not be fair, but one of the heads that is going to roll in Vegas will likely be Carr’s as owner Mark Davis inked McDaniels to a four-year contract and appears unlikely to part ways with his coach despite the team’s awful start.

Davis paid out a settlement to former head coach Jon Gruden and will not want to cut bait with McDaniels after one season and be forced to eat the final three years of his contract. Even if Davis doesn’t think McDaniels, who is now 13-24 as a head coach, is the right man for the job, his best option is to give the 46-year-old a second season at the helm and hope he is able to right the ship in year two with the team. For McDaniels to stay, Carr will likely have to go as Raider fans will need to see the team do something major to shake things up. One of only two teams that haven’t won at least three games, the Raiders will be in prime position to draft Carr’s replacement if they feel a change at quarterback is the best option for the team moving forward.

Now 59-77 as a starter in the NFL, Carr is far from elite but he’s probably not the problem in Vegas. The problem for him is that he’s not the solution either and will likely take the fall for a mess that really belongs to McDaniels. It may not be the right move and it certainly isn’t fair to Carr, but that’s life in the NFL. 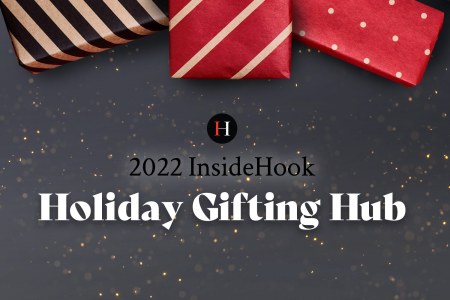 Sell: The Buffalo Bills are actually in trouble

Losers for the second straight week after failing to hold onto a three-score lead against the Minnesota Vikings in a 33-30 loss that saw Buffalo quarterback Josh Allen commit three turnovers in the fourth quarter and overtime, the Bills have dropped from first to third place in the AFC East and appear to be regressing instead of improving as the season progresses.

Now 6-3 on the season overall, the Bills are 2-3 in one-score games on the season and have shown a disturbing inability to close out games after taking a big lead. Allen in particular has had difficulty performing in the clutch and now has thrown a league-leading 10 interceptions on the season as well as lost three fumbles. For a franchise with a history of choking and coming up short when the money is on the table, a loss like Sunday’s could be considered a cause for panic.

The Bills, with all of their flaws, are still massively talented on both sides of the ball and have a competent coach in Sean McDermott. Allen is in the midst of a rough stretch and the playcalling by offensive coordinator Ken Dorsey isn’t doing him any favors, but the 26-year-old is still a top-five quarterback in the NFL and should get back on track sooner rather than later. He also has Pro Bowl wide receiver Stefon Diggs to help him.

Perhaps even more important for the Bills than getting Allen back to his early-season form is that their next two games come against the Cleveland Browns and Detroit Lions, both of whom they should beat handily. Remember, this is the same Buffalo team that was able to rebound last season following a demoralizing December loss at home to the Patriots where New England quarterback Mac Jones threw just three passes. The Bills looked broken — and then went on to trounce the Patriots in the rematch before destroying them again weeks later in the playoffs. the Bills may not know how to win, but they do know how to come back from a tough loss.

It looks bad for Buffalo, but they’ve got six wins, a solid coach and an MVP-caliber quarterback. They’ll be fine.

Already one of the odds-on favorites for NFL MVP, Patrick Mahomes strengthened his case during Sunday’s win over the Jaguars with four touchdown passes to four different receievers against Jacksonville. Already leading the NFL in touchdown passes and passing yards, Mahomes was surgical while completing 26-of-35 passes for 331 yards and also showed off his legs with 39 yards on seven carries without taking a sack.

Playing his first professional season without speedster Tyreek Hill at his disposal, Mahomes has not missed a beat as he has seamlessly been able to spread the ball around to fresh faces like JuJu Smith-Schuster (who left Sunday’s game with a concussion), Marquez Valdes-Scantling and newcomer Kadarius Toney with plenty of success. Mahomes also still has his favorite target Travis Kelce, who snagged his eighth touchdown of the season on Sunday, to take advantage of. He has, as Mahomes has now thrown multiple touchdowns in five of his last six games and has the Chiefs at the top of the AFC playoff picture at 7-2.

Mahomes, who won the MVP four seasons ago, appears to be in position to lock up the award for the second time in his career as the Chiefs look like a buzzsaw that will tear through the rest of the league during the second half of the season if Kansas City can stay relatively healthy. A second-half surge has become a KC staple as Mahomes has now won 24 consecutive games in November or December and hasn’t lost in either month since 2019.

With 12 career games with 300+ passing yards and at least four touchdowns following Sunday’s effort, Mahomes looks like the best player on the AFC’s best team and is leading the NFL in passing yards (2,936) and touchdowns (25) despite playing one fewer game than many other quarterbacks due to Kansas City’s bye week. Mahomes may not throw 50 touchdown passes like he did in 2018 when he won the MVP award in his first season as a starter, but there’s plenty of football left to be played and the 27-year-old should continue to stack stats on the way to his second MVP award in just his sixth year in the NFL. A second Super Bowl win isn’t a bad bet either.

Sell: Christian Watson will save the Packers

After starting his day by dropping the first two passes thrown his way on Sunday, Green Bay rookie wide receiver Christian Watson came to life and finished his afternoon with three touchdowns as the Packers upset the Dallas Cowboys 31-28 in overtime at Lambeau Field.

Watson, who either couldn’t stay healthy or consistently catch the ball to start the season and played sparingly despite Green Bay being desperate to make up for the loss of All-Pro wideout Davante Adams, had four catches for 107 yards against Dallas and snagged two of his TDs in the fourth quarter after the Packers fell behind 28-14.

It was a breakout performance that couldn’t have come at a better time for Green Bay…and it won’t matter.

The Packers, who improved to 4-6 on the season with the win and are still technically alive for a playoff spot in a weak NFC, have dug themselves into too deep of a hole in the NFC North and have no shot at catching the first place Minnesota Vikings (8-1) in their division. That would mean the Packers would need to secure a wild-card spot to get into the postseason and, with four of Green Bay’s remaining seven games coming against teams that currently reside in first place in their respective division, that seems like a tall order whether Watson ends up being a breakout star or not.

Even if Watson turns out to be the second coming of Adams and finally gives Aaron Rodgers the downfield threat he needs, the Packers do not have a strong enough supporting cast to continue to prop up the reigning NFL MVP and an offense that has clearly regressed from the unit that helped Green Bay lock up the top seed in the NFC last season.

“That was a turning point for us, hopefully, a turning point that leads us to go on a streak,” Rodgers said on Sunday. “But that was a chance for guys to, ‘Ah, it’s not our season, 3-7, what are we doing in the offseason, it’s not going to be our year.’ Sometimes you can’t explain the feelings that you have and the energetic waves that come and go during the week, but I just had a feeling all week we were going to win this game.”

No matter what Watson does or doesn’t bring to the table for the Packers, that feeling is not going to last.